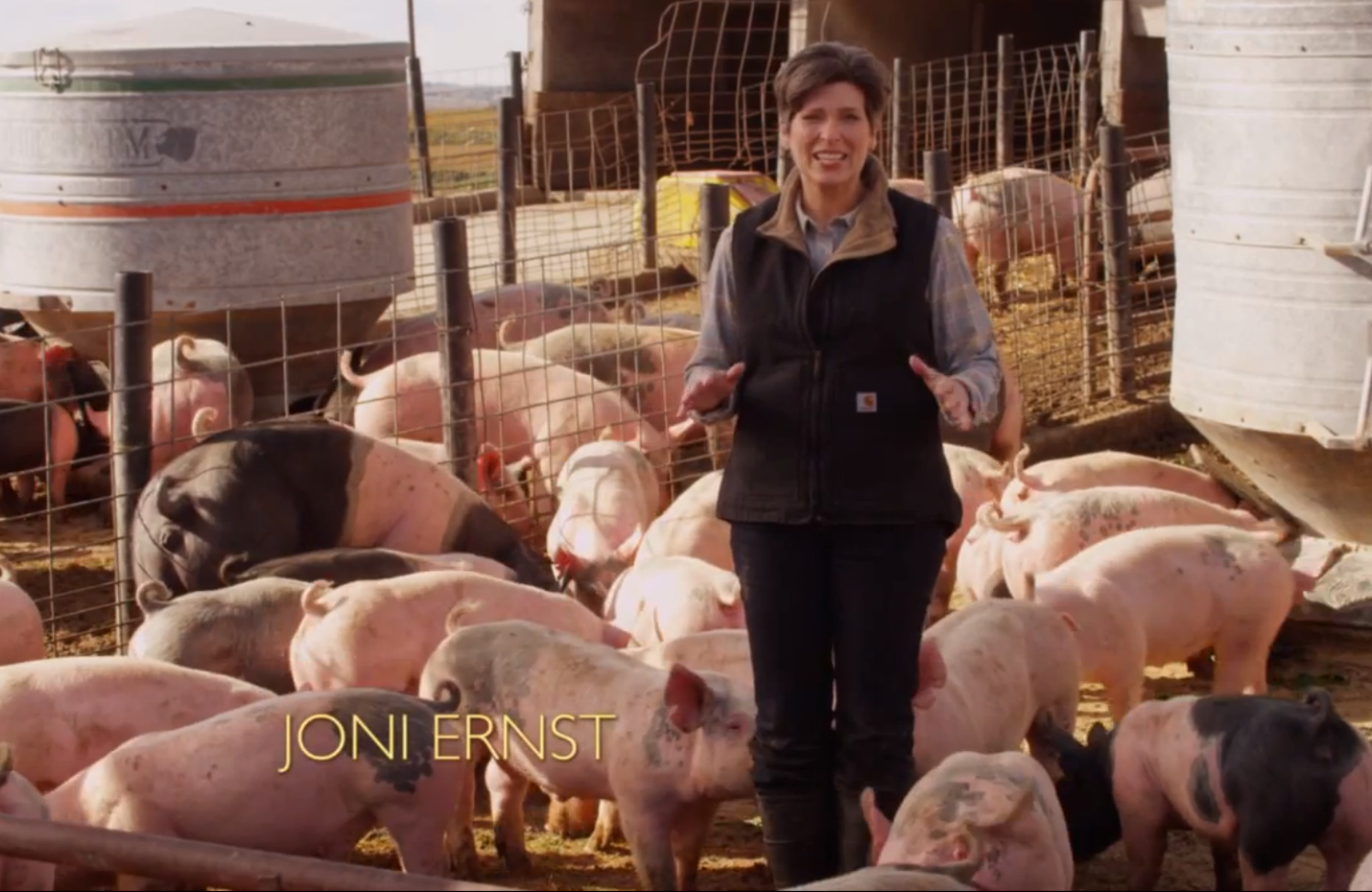 Joni Ernst, who may become Iowa’s next senator, denies climate change, supports a personhood amendment and says she’d use her “beautiful little Smith & Wesson” to defend herself “from the government, should they decide that my rights are no longer important.” She’s also seriously flirted with a John Birch Society–backed conspiracy theory about an evil plot called Agenda 21.

But all you’d know from the corporate media is that Ernst made a really catchy ad about castrating pigs and that she is supposedly (but not really) the victim of a sexist remark made by outgoing Democratic senator Tom Harkin.

Norman Ornstein, the pundit who was once quoted all over until he dared to say that Republicans are the real obstructionists, explains such grand omissions brilliantly:

The most common press narrative for elections this year is to contrast them with the 2010 and 2012 campaigns. Back then, the GOP “establishment” lost control of its nominating process, ended up with a group of extreme Senate candidates who said wacky things—Todd Akin, Richard Mourdock, Sharron Angle—and snatched defeat from the jaws of victory in races that should have been slam dunks. Now the opposite has happened: The establishment has fought back and won, vanquishing the Tea Party and picking top-flight candidates who are disciplined and mainstream, dramatically unlike Akin and Angle.

It is a great narrative, a wonderful organizing theme. But any evidence that contradicts or clouds the narrative devalues it, which is perhaps why evidence to the contrary tends to be downplayed or ignored. Meantime, stories that show personal gaffes or bonehead moves by the opponents of these new, attractive mainstream candidates, fit that narrative and are highlighted.

Of course, this does not mean that the press has a Republican bias, any more than it had an inherent Democratic bias in 2012 when Akin, Angle, and Mourdock led the coverage. What it suggests is how deeply the eagerness to pick a narrative and stick with it, and to resist stories that contradict the narrative, is embedded in the culture of campaign journalism. [My italics] The alternative theory, that the Republican establishment won by surrendering its ground to its more ideologically extreme faction, picking candidates who are folksy and have great resumes but whose issue stances are much the same as their radical Tea Party rivals, goes mostly ignored. Meanwhile, there was plenty of coverage of the admittedly bonehead refusal by Kentucky Democratic Senate candidate Alison Lundergan Grimes to say she had voted for Obama—dozens of press references to NBC’s Chuck Todd saying it was “disqualifying”—but no stories saying that references to Agenda 21 or talking about terrorists and drug lords out to kill Arkansans [as Republican senatorial candidate Tom Cotton does] were disqualifying.