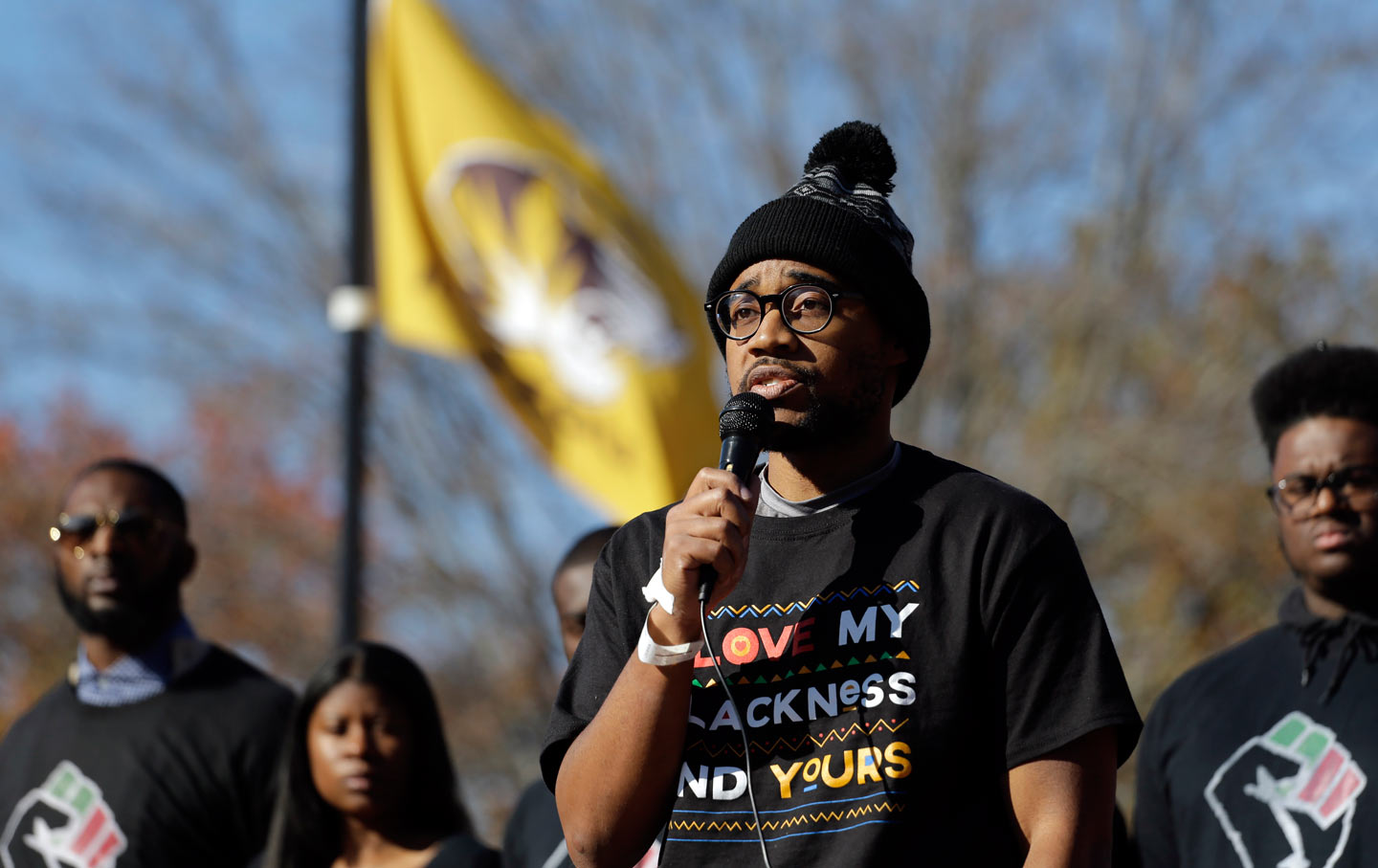 New Haven is apparently in crisis. On October 30, in response to an official e-mail discouraging Yale students from wearing racially insensitive Halloween costumes, Erika Christakis, a faculty member who with her husband heads the residential hall Silliman College, sent a somewhat tone-deaf, blithely condescending letter of disapproval to her students. In her response to the administration, she asked whether we had “lost faith in young people’s capacity…to ignore or reject things that trouble you.” The ensuing protests have become national news, with students demanding an apology and eventually the resignation of Christakis and her husband.

Christakis closed her letter by remarking that “free speech and the ability to tolerate offence are the hallmarks of a free and open society”—a laudable idea, and frequently, from authorities in Christakis’s position, a patronizing antidote to student objections concerning campus climate. Students of color at these colleges are generally familiar with the evasive, smiling reasonableness of mid-level administrators, who live on planets far removed from the day-to-day atmosphere that drives student complaints and haven’t made it far enough up the academic-administrative ladder to start pretending otherwise.

“The tensions at Yale,” write Isaac Stanley-Becker and Susan Svrluga in The Washington Post, “echo recent uprisings at colleges and schools around the country.” The Post cites just one other university outcry to evidence a protest epidemic: the University of Missouri, where, in response to a wave of student action, university president Tim Wolfe stepped down on Monday. Wolfe was the public face, and often the ready defender, of the Missouri administration’s failure to address pervasive campus racism.

Yet the situation at Yale does not “echo” that of Missouri at all. Or that of Ole Miss, where a statue of James Meredith was vandalized last year with a noose and Confederate insignia, and where white students threw liquor and shouted slurs at a young black woman studying there; or the situation at Duke, where white students this year—wait for it—hung a noose from a tree and shouted racial slurs at a young black woman studying there. Black students at Mizzou have begun receiving death threats.

This isn’t to spark a round of Oppression Olympics: Disadvantaged students at Yale-caliber institutions experience daily object lessons on the well-intentioned ignorance and patrician paternalism of their classmates and professors. Their protests do touch on many elements of campus life. But institutional noblesse oblige is not all bad. Yale’s endowment, which posted a stunning 20.2 percent return last year, stands at $24 billion, or nearly $2 million per student. This is put to some fine ends—including comparative institutional responsiveness, the kind that engenders certain expectations. Mizzou, by contrast, serves 35,400 students with $800 million in the bank. It literally cannot afford Yale’s preoccupations: Money that could be spent on some further degree of, say, mental-health services is probably being spent on new gear for a football program that brings in $84 million yearly, more than one-tenth the endowment’s value.

That gear is still hanging in the locker room. Two-thirds of Mizzou’s scholarship athletes are black, about 10 times the proportion of the broader student body. In coordination with the university’s Legion of Black Collegians and a campus group called Concerned Student 1950 (named for the year Mizzou admitted its first nonwhite student), the football team’s strike has played a crucial role in the resignation of university president Tim Wolfe. Missouri racism is no longer a question of white faculty, students, and administrators extending courtesies: Students of color at Missouri wield incontrovertible power, and UM staff from ex-president Wolfe down are scrabbling to maintain the fiscal integrity of an educational program that relies on unpaid black labor. Yale, meanwhile, couldn’t get rid of a dorm head—who in any case doesn’t need to be summarily fired.

Open racism has a long history at Southern universities, and Mizzou, though in a border state, is no exception. In 1957, a young Martin Luther King Jr. spoke in St. Louis on Southern segregation. He was given second billing at the event to a “moderate” pastor, with whom he registered marked disagreement on the need for direct action—that man, Liston Pope, was then dean of Yale Divinity School.

In today’s New Haven, a poorly considered letter and a reportedly racist fratboy provoked chaotic, intense protests. In Missouri, the n-word is not news. Nor was a swastika in a campus dorm. Nor, until very recently, were President Wolfe’s moronic remarks about oppression. News coverage did little to reflect this in previous days. Before the Mizzou football strike changed the game, Yale’s protests saw extensive coverage from The Washington Post, Gawker, Time, Slate, Reason, even Teen Vogue; a full-bore explainer from Vox and the obligatory Huffington Post articles rounded out the mix. Gawker has Yale “imploding over a Halloween email” in its headline. Until Mizzou’s athletes put their skin—and their institution’s finances—in the game, Yale, a fraction the size, secured a more prominent spot in the news cycle simply by dint of its name.

Why, until very recently, were the college beat’s priorities so unabashedly bizarre?

Perhaps because the world of magazine journalism and Internet thinkpieces has much more in common, demographically, with Yale’s student body than with Mizzou’s. Which campus battles resonate with, even come to the attention of, those in a position to cover collegiate institutional discrimination? Dan Savage being heckled at the University of Chicago, a general source of Internet vitriol also covered here, here and here, or the KKK, appearing armed two weeks ago at Ole Miss, a story which briefly flickered on the cycles of local news affiliates? Only now, with football at stake and Wolfe’s resignation at hand, has discussion of Mizzou’s race problem caught up. The Washington Post’s coverage of Yale protests is written by a current Yale senior, a relationship that should surprise exactly nobody. Online on Monday, the most recent piece about the Yale conflagration (one of three at the time) ranked as its second-most-popular article. Another ranked fourth. Two more have been published since.

Attendance at a college like Yale—where nearly half this year’s matriculating undergraduates attended private high schools, compared to 2 percent of the general population—follows on the breed of schooling that builds kids into walking résumés, honed to pass the filter of a 6.4 percent acceptance rate. It is an institution primed to lull students into seeking institutional remedy as a first resort and last demand, a natural expectation to harbor toward a body which presents itself, sometimes convincingly, as an omnipresent amalgam of mom, dad, and school-dance chaperone. Yale’s students have been told that they will not be let down, without regard to race, faith, or culture. Their repeated demands of Nicholas Christakis and Dean Jonathan Holloway were initially for one thing: an apology. An administrative and institutional apology, an apology with official sanction, an apology with resignation as the price of refusal. Confirmation that Yale does, indeed, care.

When that apology wasn’t forthcoming, is it any wonder how they responded?

Students’ demands and approaches to restitution at Mizzou stand in illuminating counterpoint to the Yale student body’s reaction. How did Mizzou’s students come to adopt elementally different strategies for addressing their campus crisis? Maybe because their collegiate experiences have not led them to expect institutional results. Maybe because they cannot count on the same proportion of white allies, and the consequent critical mass of campus support, while they constitute a sparse 7 percent of the student body. Maybe because “accountability” is another word for instilling fear in the prestige engine, a machine that operates very, very differently in and near the South than it does at Yale. Mizzou is situated in a thoroughly conservative part of the country, and its administration and student body reflect that reality. If nonwhite Mizzou undergraduates and graduates had any illusions about institutional responsiveness, exposure to campus rhetoric, administrative and otherwise, has disabused them by now. Yale does not, cannot, care in any meaningful sense. But it is compelled to do a more convincing impression than Mizzou.

According to the Post, Yale’s Salovey “said he would continue to seek the input of students without placing the burden on them to repair the university.” This is manifestly strange. Mizzou’s student activists are not exacting apologies or incremental reforms, but, by organizing effectively, demanding and winning fundamental changes at the highest levels. Their students’ tactical deployment of economic and social pressure is very deliberately anchored to the words—quoted by Concerned Student 1950 in a much-cited tweet—of Martin Luther King. Few have ever had much reason to expect results from the establishment. The tactics they employed were complex and well-considered. They had no choice but to be. Their demands were not only clear but far more attainable than many outside spectators supposed. The 56 black scholarship athletes at Missouri represent a constellation of backgrounds that, by and large, diverge deeply from Yale’s median students. They are acutely aware that the burden is, in fact, on them to repair their university.