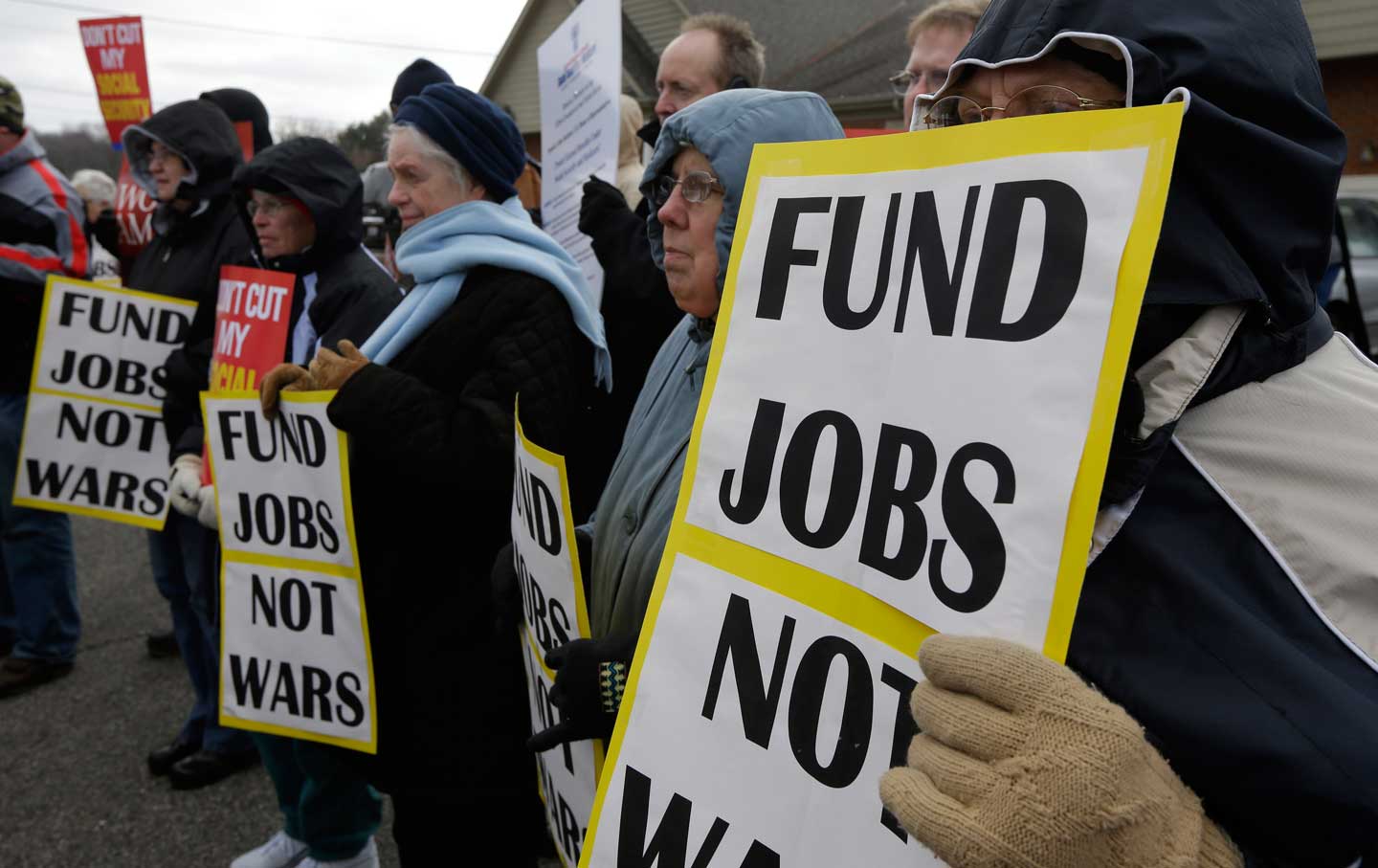 In her syndicated newspaper column on January 6, 1941, Eleanor Roosevelt wrote: “America is not a pile of goods, more luxury, more comforts, a better telephone system, a greater number of cars. America is a dream of greater justice and opportunity for the average man and, if we can not obtain it, all our other

achievements amount to nothing.” That afternoon, in his annual State of the Union address, President Franklin Roosevelt spoke powerfully about the fundamental values at the heart of American democracy, which he portrayed as a potent antidote to the tyranny then taking over Europe. He envisioned a world with “four essential human freedoms” at its core: freedom of speech and expression, freedom of worship, freedom from want, and freedom from fear. And he proclaimed, hopefully, that such a world could be “attainable in our own time and generation.”

Seventy-five years later, as voters prepare to choose the next president, the idea of freedom is once again under siege and being tested in new ways. Although Donald Trump is leading in the polls, the real winner of the Republican primary contest has been the politics of fear. With his signature bombast and bellicosity toward immigrants and Muslims, Trump has seemingly mastered the demagogic art of fearmongering, but he is certainly not alone. During last month’s debate on national security, for instance, New Jersey Governor Chris Christie promised to further escalate an already dangerous confrontation with Russia, citing President Obama’s aversion to military aggression as evidence that he’s a “feckless weakling.” Christie then defended his bluster in a nationally televised interview the following morning, declaring, “We’re already in World War III.”

Meanwhile, in the wake of the horrific attacks in Paris and San Bernardino, overheated political rhetoric and sensational media coverage have contributed to an exaggerated sense of the dangers of terrorism. As Stephen Kinzer recently wrote in The Boston Globe, “Fear is becoming part of our daily lives. Yet it is not justified by reality. The true terror threat inside the United States is a fraction of what many Americans want to believe.” We are rapidly becoming, in Kinzer’s words, “the United States of Panic.”

This pervasive cultivation of fear has jeopardized another of Roosevelt’s four freedoms: freedom of worship. Religious freedom has been abused for years to justify restrictions on access to contraception and discrimination against the LGBT community, but we are now witnessing political threats against an entire religion. Trump has called for a database of American Muslims, while Senator Marco Rubio has suggested closing down “any place where radicals are being inspired,” including mosques. Senator Ted Cruz and former governor Jeb Bush have argued for a ban on refugees fleeing the Middle East unless they can prove they are Christian. Hate crimes against Muslims are on the rise. And yet Rubio, the purported “establishment” Republican candidate, pretends to see no “widespread evidence that we have a problem in America with discrimination against Muslims.”

Roosevelt believed that freedom from want is inseparable from freedom itself. That was the basis for his “Economic Bill of Rights,” which he introduced in 1944, saying: “True individual freedom cannot exist without economic security and independence.” But today’s GOP doesn’t share that understanding. Beyond their regressive tax proposals, its candidates overwhelmingly support plans that would reduce Social Security benefits, such as raising the retirement age and means-testing recipients. Until recently, Ben Carson called for abolishing Medicare and Medicaid; Carly Fiorina opposes a federal minimum wage; and Bush implied that Democrats appeal to black voters with “free stuff.” Indeed, as conservative writer Ramesh Ponnuru observed, the candidates have offered no “ideas that would give any direct help to families trying to make ends meet.”

And while there’s nothing new about the GOP’s neglect of those who are struggling, the party’s politicians are increasingly acquiescent to the demands of billionaire donors, who fund the super-PACs propping up their campaigns. Ever since the Supreme Court ruled that money equals speech, the cost of our elections has exploded, making it harder for ordinary Americans to have a say in the political process. State-by-state assaults on organized labor and voting rights have further undermined the collective power of the middle class and made a mockery of the right to free expression. At the same time, with the corporate media setting the parameters of debate and drowning out independent voices, dissenting opinions often do not get the public hearing they deserve. The result is that freedom of speech applies to a privileged few more than everyone else.

In 1941, Roosevelt spoke with clarity about the serious threats to America “from without.” Today, we are facing a different kind of danger from within. On the 75th anniversary of Roosevelt’s “Four Freedoms” speech, we need to rededicate ourselves to defending the core freedoms that have animated our nation at its best. In 2016, we are not just choosing a president. We are choosing the kind of country we want to be.