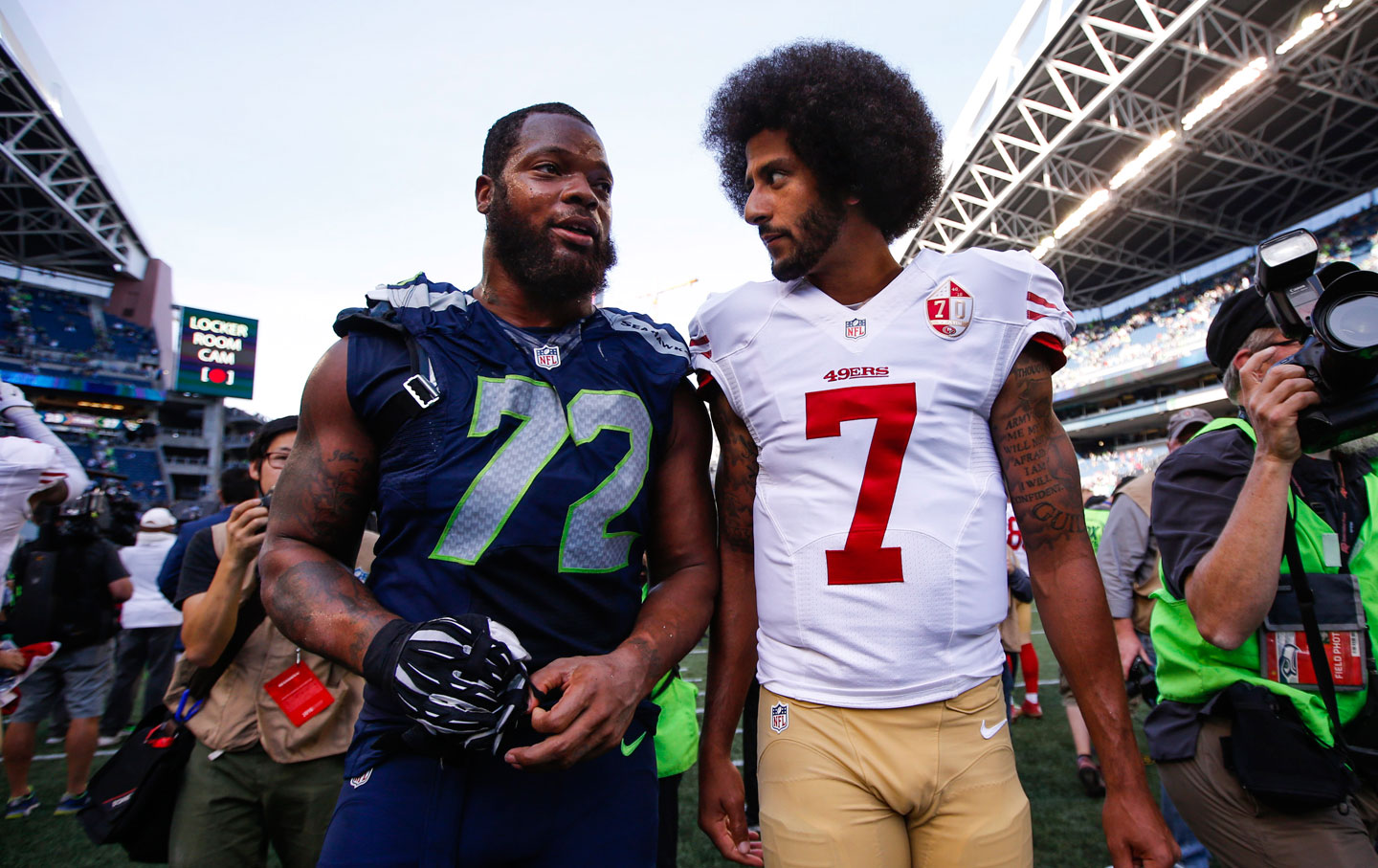 On this week’s episode, we speak to 10-year NBA veteran Etan Thomas about his new book, We Matter: Athletes and Activism, in which he speaks to sports figures ranging from Bill Russell to Russell Westbrook.

Also, we have choice words about Michael Bennett’s departure from Seattle, a Just Stand Up and Just Sit Your Ass Down award for an NBA pioneer on mental health and NFL owners, respectively, our weekly Kaepernick watch, and much more.