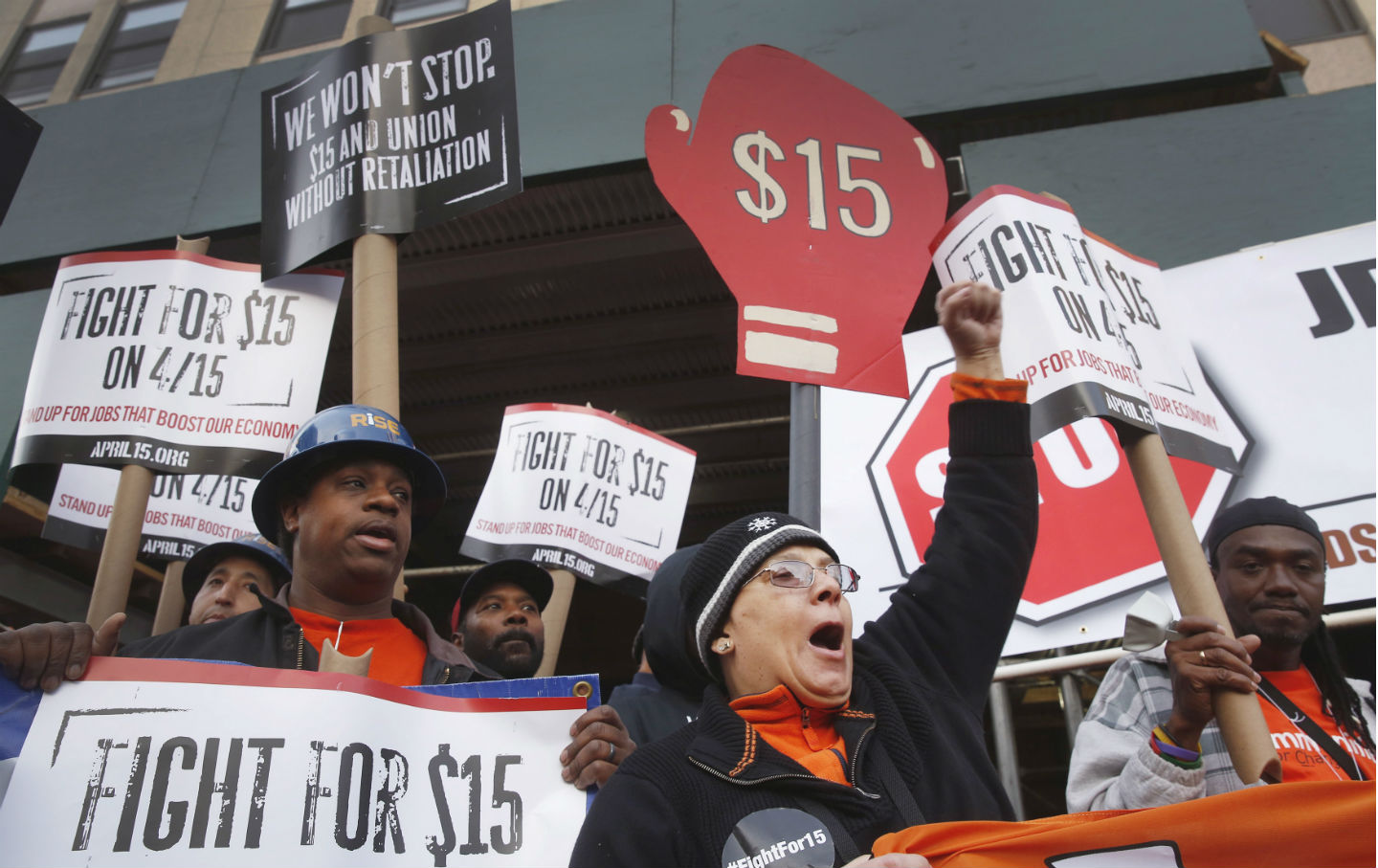 My name is Angel Rivera. Like the Fight for 15 workers who are protesting across the country today, I know what it’s like to work hard, but be unable to get by because of poverty wages and an employer that doesn’t respect your rights. But, thanks be to God, I also know that hard work can be rewarded when you win a union and better wages.

I moved from Puerto Rico to Boston for better work and a better future for my children. For the last two years I have been working as a cleaner at Logan International Airport. Two years, two jobs, the same airport, but worlds apart.

Low pay, abuse and disrespect were common currency when I worked as a cabin cleaner for my previous employer. I earned $8 an hour, working nights and as many extra hours as I could in order to support my family.

But this meant that I couldn’t spend time with my four children, and no matter how much I worked, I couldn’t pay all my bills. I needed government help to cover my heating costs, health care, and childcare. It got so bad for a time that my children and girlfriend lived in a homeless shelter while I stayed with friends.

I wasn’t the only one going through this. For me and my co-workers, not being able to pay bills, relying on government assistance, and even being separated from our families were all too common.

Then, when I talked with my coworkers about forming a union in order to change our work conditions, I was fired.

Luckily, I found another job. This time cleaning at Logan with a union company. The union changed my life.

Instead of poverty wages I now get paid $17 an hour, I have quality health care that my company provides, and paid sick and vacation days. My company takes health and safety seriously. And if I have a problem at work, the union can work with the company to solve it.

Today, my family is all by my side and under one roof. We are financially stable and have a better life. I can take a vacation day from time to time to spend time with my kids.

My former non-union coworkers work hard every day and want a better life for their families too. The only difference between us is that I have a union, and that changed everything.

I continue to tell my story and stand with my former coworkers because they deserve the same thing I have—decent wages, economic stability, and respect on the job that comes with a union contract. It is also what the Fight for 15 workers are fighting for and deserve.

We are strong when we are together and that’s why I’m proud to be a union member. Shouldn’t that be the norm?