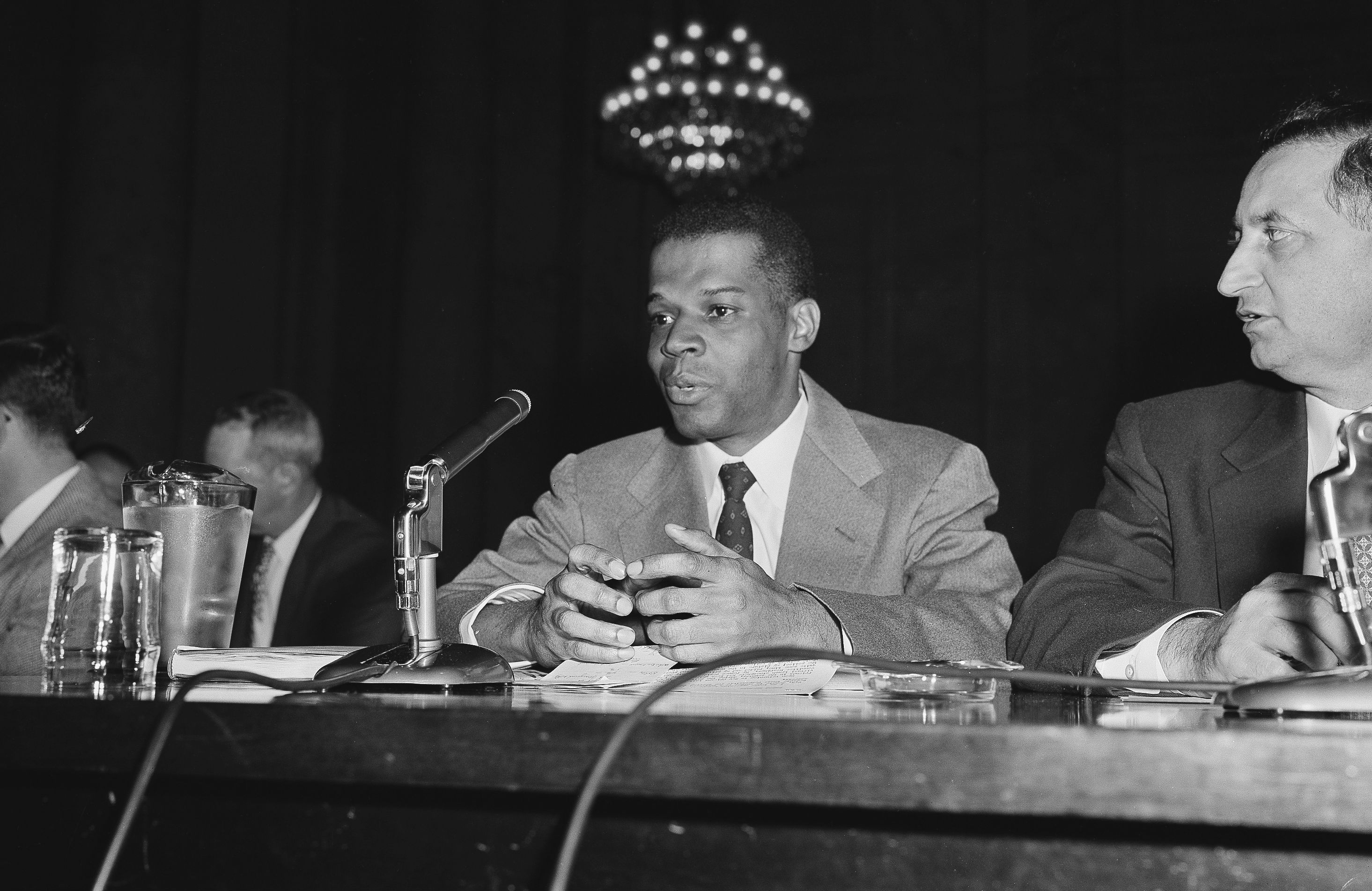 Who Is Jack O’Dell? That is the question Victor S. Navasky sets out to answer in The O’Dell File (Kindle Single: $ 2.99). To J. Edgar Hoover, O’Dell was the Communist puppet-master pulling the strings in the civil rights movement of the 1950s and ’60s. To Martin Luther King Jr., he was a trusted counselor and talented organizer whose pioneering work in direct-mail fundraising furnished the financial sinews that made nonviolent resistance to segregation a viable—and winning—national strategy. He ran the Southern Christian Leadership Conference’s Harlem office, and when Maya Angelou resigned from the SCLC’s Atlanta-based Voter Education Project he took on that role as well. To President John F. Kennedy and his brother Robert, O’Dell was a dangerous man—and getting rid of him the price that King had to pay for presidential support. Yet O’Dell’s career as a radical thinker, inspirer, fomentor of protest and strategist of progressive politics was far from over.

Becoming a fixture at Freedomways, the quarterly founded by W.E.B. Du Bois, O’Dell furnished the intellectual bridge linking the struggles of activists like Du Bois and Paul Robeson with the generation of Montgomery and Mississippi. In articles and unsigned editorials he publicized the work of the Student Non-Violent Coordinating Committee—especially in making connections between capitalism, racism and American imperialism. And he played a pivotal, if unacknowledged, role in moving civil rights activists such as King to open opposition to the war in Vietnam.

Years later Jesse Jackson brought O’Dell into PUSH (People United to Save Humanity) and the Rainbow Coalition, where among other services he provided the economic and foreign policy analysis that found such wide national resonance in Jackson’s presidential campaigns (though O’Dell disagreed with Jackson on the wisdom of tethering his efforts to the fortunes of the Democratic Party). Despite having never completed his own college degree (in pharmacy), O’Dell also became one of the most inspiring teachers at Antioch College’s graduate school of education in Washington. And though at 91 he is officially retired, O’Dell has never stopped writing, speaking, teaching and inspiring generations of radicals.

The career of Hunter Pitts O’Dell (his full, if rarely used, name) is a crucial episode in the hidden history of American radicalism. The son of a janitor at the Detroit public library, and great-grandson of a slave who ran away to the Union army, he was an altar boy who pledged Alpha Phi Alpha fraternity but dropped out of college to join the Merchant Marine. A fiery organizer for the National Maritime Union who joined the Communist Party after returning to a segregated United States—only to leave when he realized that civil rights needed to arrive before socialism could be achieved—O’Dell is what Woody Allen’s Zelig might look like if he had black skin and radical politics. Only O’Dell is real. And you’ve probably never heard of him. Thanks to The Nation’s own Victor Navasky that may be about to change. The O’Dell File, an e-book published just last week, is a fascinating portrait of this compelling, and unforgettable, crusader. An inspiring story of how much difference one person can make, it’s also a sobering reminder of the terrible cost—to our politics, and to our country—of the lives, and decades, lost to the McCarthy witch hunts.