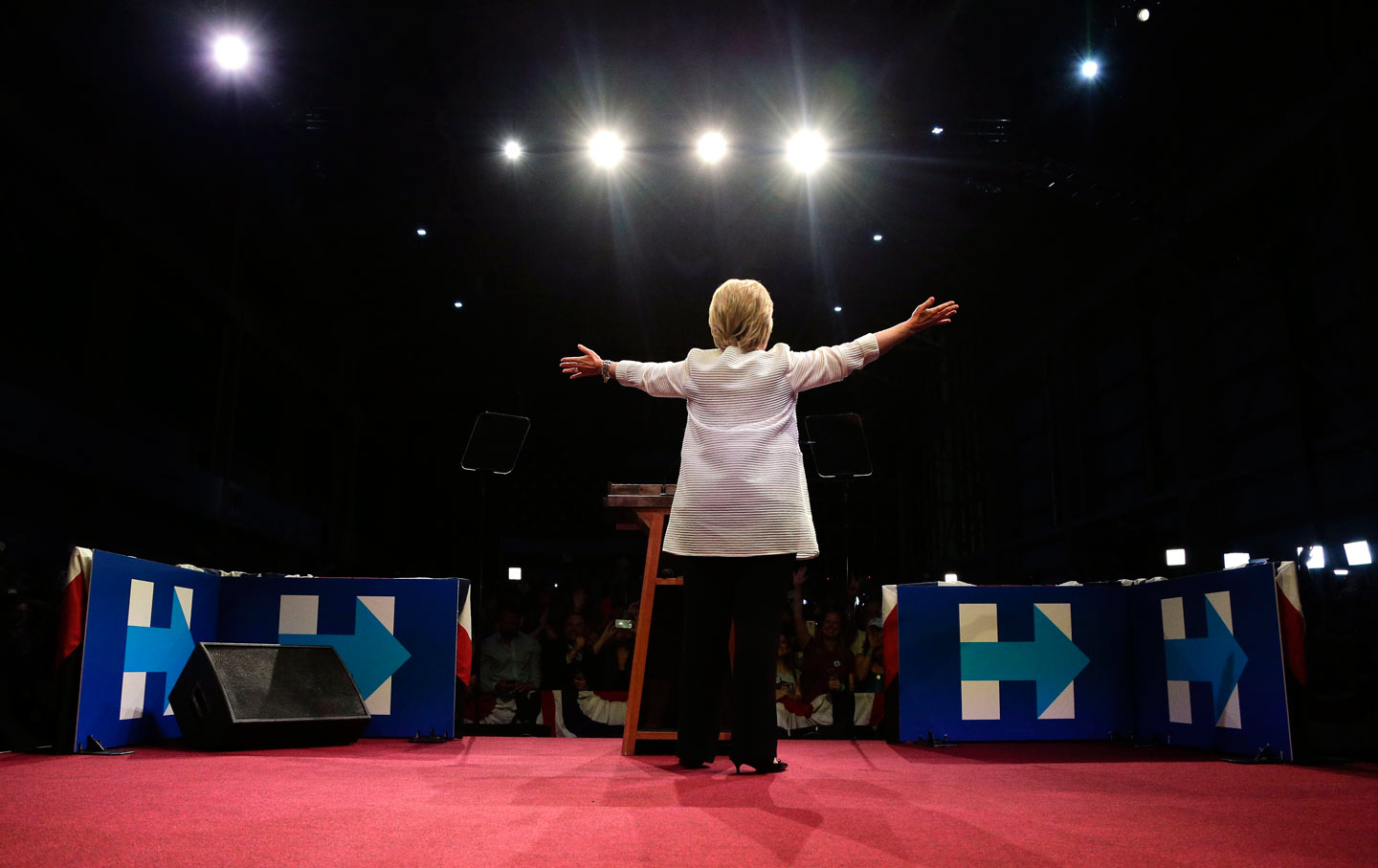 The committee drafting the 2016 Democratic platform voted to remove a reference to Donald Trump because, as Indiana member Carli Stevenson explained, “This is our aspirational document.” Stevenson got it exactly right. The candidates and strategists planning this year’s Democratic campaign—not just Hillary Clinton’s historic presidential run, but fights for control of Congress and statehouses across the country—must keep the word “aspirational” in mind as they gather in Philadelphia on July 25–28.

It will be tempting for top Democrats—in a year when the Republican Party, which long ago steered itself out of the political mainstream, is veering off a cliff with Donald Trump—to simply say “We’re not them” and expect to reap an electoral windfall. But if the volatile 2016 campaign has taught us anything, it’s that the cautious calculations so favored by political insiders do not work anymore. Americans want something bolder and better from their politics. And if Democrats don’t put better on the agenda, too many swing voters might go for Trump’s “billionaire populism” and the slightly more managed extremism of GOP contenders for the Senate and House.

When polls show that 67 percent of Americans think the country is headed in the wrong direction, it’s not enough to rip on the guy who’s shouting the loudest about changing course. Nor is it enough to promise continuity, even when the outgoing Democratic president is personally more popular than anyone seeking to replace him. Divided government and gridlock, the controlling influence of big money, and the toxic intersection of celebrity candidates and a ratings-obsessed media have fed the anger of an electorate that has repeatedly signaled its eagerness for radical alternatives to the status quo. Consider this: No avowed democratic socialist in US history has won as much support in a presidential race as Bernie Sanders did in 2016. Americans may not be fully prepared for the cooperative commonwealth that Eugene Debs envisioned, but voters are a lot more interested in political revolution than the elites imagine.

Clin­ton must inspire the public at the convention in Philadelphia.

That certainly doesn’t mean the country longs for Trumpism, a crude species of demagoguery that inspired former John McCain aide Mark Salter to ask Republicans: “Are we in such dire straits that we must dispense with civility, kindness, tolerance, and normal decency to put a mean-spirited, lying jerk in the White House?” But Democrats must aspire to more than just beating Trump. They must take the lessons of the United Kingdom’s Brexit vote, recognizing that when mainstream parties do not offer a coherent response to fear and uncertainty in an age of rapid globalization, deindustrialization, and automation, politics can rapidly turn divisive, even destructive.

The Democratic platform doesn’t achieve that coherence. It is significantly more progressive than recent party platforms, especially on criminal-justice reform and the need to empower workers. It’s got some good language on climate change and banking reform, but too frequently punches are pulled where they should be thrown—as with its wrongheaded avoidance of formal opposition to the Trans-Pacific Partnership trade deal, corporate-welfare schemes, and lobbyist abuses. But the devil is not in the details; it’s in the lack of an overarching vision. The platform doesn’t provide a clear sense of how all the pieces of America’s economic, social, and political puzzle might fit together with the Democrats in power.

That’s something Clinton and her running mate will have to provide. They must paint the big picture of America as a country where prosperity really is shared, where inequality is addressed, and where marginalized people will know that a strong and functional government is on their side. Clinton should tell the convention and the country that it’s a very big deal that a woman has been nominated by a major party for president, and she should use this evidence of social progress to explain the greater progress she now seeks. There will be doubters—of the nominee’s commitment, and of the prospects for serious change. Clinton should answer them with a bolder vision and a sense of what could be accomplished if we’re prepared to tax billionaires and to ensure that no one who works 40 hours a week will live in poverty; to break up corporate monopolies and renew competition and honest entrepreneurship; to address climate change with the same determination with which we put a man on the moon; to amend the Constitution to get big money out of politics; and, finally, to guarantee the right to vote and to address structural racism, sexism, homophobia, and anti-immigrant bigotry, because doing so will free all of us to build on the promise of an American dream that has been too long deferred. She should not hesitate to echo Sanders, who endorsed her on July 12, and Sanders and his supporters should not hesitate to prod the nominee to fully and consistently embrace progressive positions. That prodding, especially on issues of economic and political reform, will make Clinton and the Democrats stronger.

As she prepares her acceptance speech, Clinton might also review the address of another Democrat who was nominated in Philadelphia. Warning that “economic royalists” had “created a new despotism and wrapped it in the robes of legal sanction,” Franklin Roosevelt used his 1936 acceptance speech to declare that “government in a modern civilization has certain inescapable obligations to its citizens, among which are protection of the family and the home, the establishment of a democracy of opportunity, and aid to those overtaken by disaster.”

“In the place of the palace of privilege we seek to build a temple out of faith and hope and charity,” FDR said from the podium in Philadelphia. That was righteous language—aspirational language. And Americans responded by embracing Roosevelt as they had no other president. Clinton and the Democrats who gather this year in Philadelphia owe it not to themselves but to America to aim every bit as high.