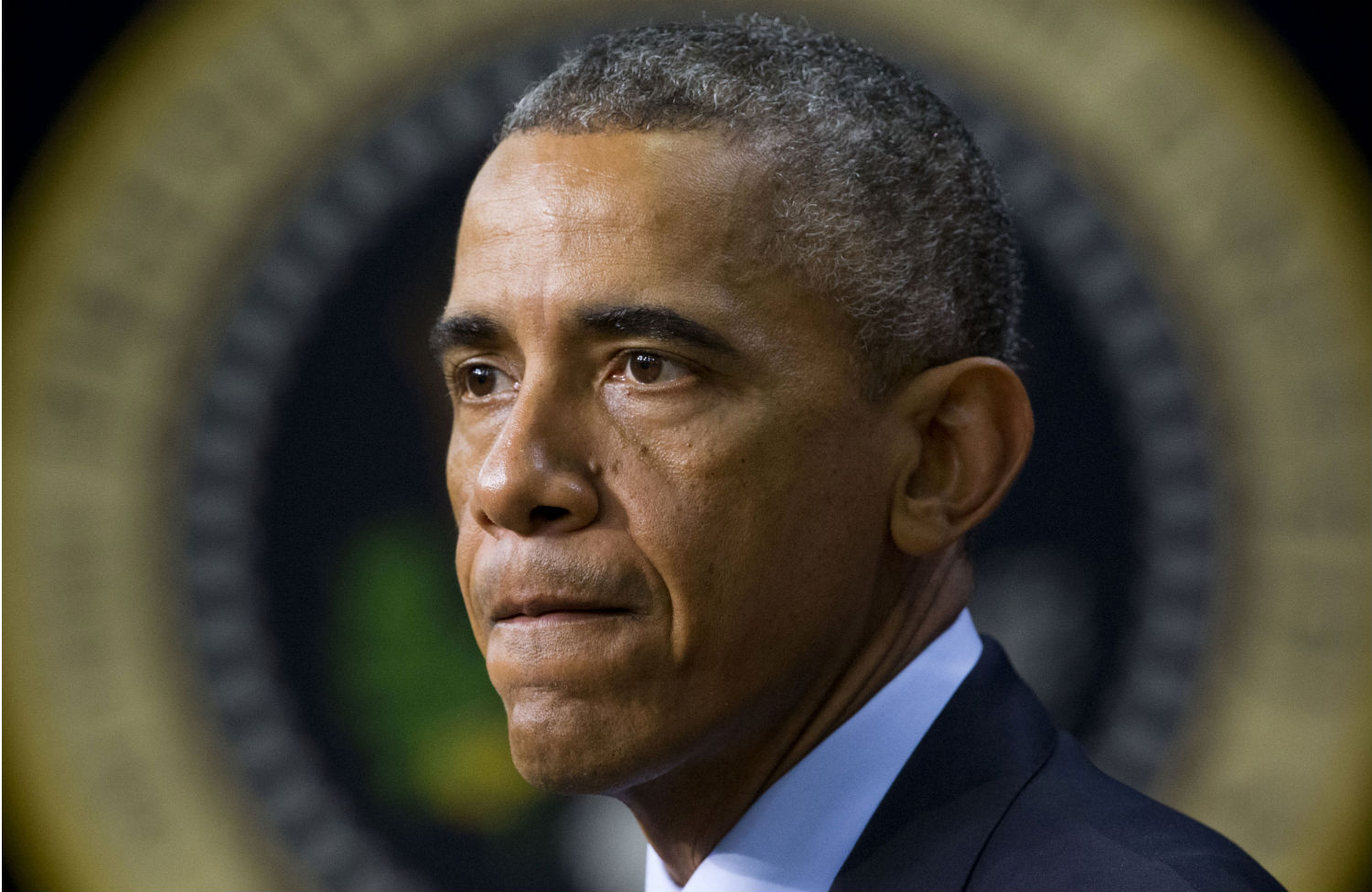 In late August, Secretary of State John Kerry took to the op-ed page of The New York Times to rally a global coalition for a mission of utmost urgency. “No civilized country,” Kerry warned, “should shirk its responsibility to help stamp out this disease.” He was referring not to the West African Ebola epidemic—which by that point had killed at least 1,552 people and, as of this writing, has claimed 3,439 lives—but the “cancer of ISIS,” which must “not be allowed to spread to other countries.”

Kerry’s choice of words was no isolated rhetorical flourish. In pounding out the drumbeat to war, the Obama administration has increasingly trafficked in disease metaphors. On at least six occasions, President Obama has referred to ISIS (also known as ISIL and the Islamic State) as a “cancer.” In an address to NATO allies on September 5, Kerry warned that an intact ISIS would “leave a cancer in place that will ultimately come back to haunt us.”

What’s in a metaphor? A lot, actually. As political scientist Michael J. Boyle pointed out in a Times op-ed, Obama’s language recalls the Bush administration’s war against “evildoers”—a crude vocabulary currently enjoying a coda in the descriptions of ISIS as “barbaric” (John Boehner, Bill Nelson, Al Franken), “pure evil” (Amy Klobuchar) and “savage” (Kerry). It is understandable that the public beheading of journalists and aid workers has provoked such reactions. But as Boyle argues persuasively, moralistic rhetoric oversimplifies complex situations, obscures ISIS’s strategic aims and discourages further analysis. Metaphors are superb tools for forging emotional associations and projecting broad, elusive ideas; they are terrible conduits of information and misleading frameworks for debate.

Indeed, if Bush’s division of the world into good guys and bad guys epitomized the Manichean worldview of the neocons, then Obama’s cancer metaphor exemplifies—and enables—his administration’s protean strategic drift. The world has been urged, variously, to “eradicate,” “extract,” “root out,” “contain” and “isolate” the “cancer of ISIS.” In a single press conference on September 3, Obama said that the goal of the US campaign is to “degrade and destroy” ISIS and to render it “a manageable problem.” Which is it?

The disturbing reality, readily admitted by the president in late August, is that the administration just doesn’t have a strategy yet. There is, as of now, no name for the mission, no clear military or political goal, no end date, no hard limit on costs, and no transparent reports about the success or failure of these strikes, let alone the number of civilians casualties. Most important, there has been no congressional vote to authorize this war, and neither the White House nor Congress seems particularly keen to hold one. As for enemies to degrade, destroy, isolate or contain, the American mission has already shifted from ISIS forces in Syria to the Khorasan Group, an organization that most of the world first heard of after the United States launched airstrikes against it on September 22, supposedly in order to thwart an attack against Western targets that US Central Command declared “imminent,” but which one administration official later described as “aspirational.” Now, Rear Adm. John Kirby and FBI director James Comey admit that the US government didn’t actually know when or where the Khorasan Group would strike. As Kirby asserted at a Pentagon press briefing: “We hit them. And I don’t think we need to throw up a dossier here to prove that these are bad dudes.”

As for the actual fight against a real disease, President Obama has repeatedly linked the campaign against Ebola and the fight against ISIS as manifestations of “American leadership…the one constant in an uncertain world.” But in fact, the United States, like much of the world, has been appallingly slow in its response to the latest outbreak, which was first identified in late March in Guinea. Along with local healthcare providers, the front line has been primarily staffed by the humanitarian group Médecins Sans Frontières (Doctors Without Borders), which has some 3,000 workers in the region and has treated over a quarter of the confirmed cases on a budget of about $60 million. MSF’s repeated calls for international assistance went ignored for months. The World Health Organization didn’t declare the outbreak a “public health emergency of international concern” until August, and the UN Security Council didn’t pass a resolution calling on nations to fight this “threat to international peace and security” until September 18—two days after Obama, calling Ebola a “threat to global security,” announced that 3,000 US troops would be sent to the region under the direction of the US African Command, or Africom.

Since at least 2010, Africom, along with the Joint Special Operations Command, has built a counterterrorism “disposition matrix” based largely out of Camp Lemonnier in Djibouti, where Predator drones have been launched against targets in Somalia and Yemen. During that same period, with almost clownish ostentatiousness, Africom has boasted of its humanitarian endeavors—building dams and schools, training police and healthcare workers, teaching English—in press releases and social-media updates. Part fig leaf for covert ops, part attempt to win African “hearts and minds,” these efforts have been best described by journalist Nick Turse as “COIN-style humanitarian projects.”

Even so, the fact right now is that Africom’s intervention in the Ebola epidemic is necessary; even MSF, which has avoided military associations in the past, has called for the deployments, although the group has also cautioned that US troops should perform medical—not security—duties. It says something that a multinational response to Ebola was conceivable only in a “security” framework; that the language of disease was so readily co-opted to sell a war in Syria; and that, in fact, the capacity to respond to global health crises currently lies in the forces that otherwise conduct targeted assassinations. Terrorism or counterterrorism—which one is the metastasizing cancer?