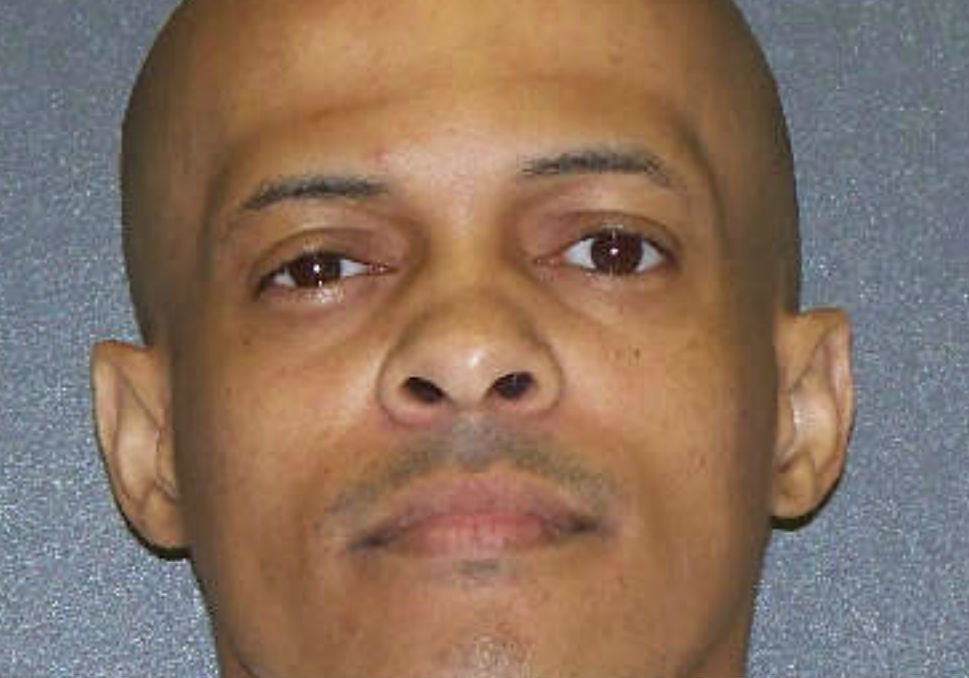 UPDATE 6:00 PM: The US Court of Appeals for the Fifth Circuit has stayed the execution of Robert Campbell two hours before he was set to die at 6 pm Central time today. In an opinion, the court decided that new evidence of Campbell’s intellectual disability shows “possible merit to warrant a fuller exploration by the district court.” It was recently revealed that state officials failed to turn over the results of two IQ tests suggesting Campbell may be ineligible for execution. “Given the state’s own role in creating the regrettable circumstances that led to the Fifth Circuit’s decision today, the time is right for the State of Texas to let go of its efforts to execute Mr. Campbell, and resolve this case by reducing his sentence to life imprisonment,” said Robert Owen, Campbell’s attorney, in a statement.

If Texas carries out a scheduled execution this evening, it will be the first state to put an inmate to death since a botched execution in Oklahoma two weeks ago left an inmate gasping and writhing in pain.

Robert James Campbell, 41, convicted of rape and murder in 1991, is set to die by lethal injection today at 6 pm Central time.

The US Court of Appeals for the Fifth Circuit yesterday denied an appeal that argued Texas’s refusal to disclose its drug supplier puts Campbell at risk of substantial pain. Another pending appeal argues that Campbell is not mentally competent for execution.

Here are some things to keep in mind as Texas approaches zero hour for tonight’s scheduled execution:

Like Oklahoma, Texas refuses to disclose the source of its execution drugs.

Texas purchased a new batch of execution drugs in March, but refused to say where it bought them, arguing that disclosing such information could endanger the supplier.

But Campbell’s attorneys argue that access to key information about the drug source is necessary “to ensure a humane, non-torturous execution.” They cite last month’s bungled execution in Oklahoma as the consequence of conducting executions under a shroud of secrecy.

Since pharmaceutical companies, predominantly based in Europe, stopped allowing their products to be used for the death penalty, states have turned to loosely regulated compounding pharmacies for execution drugs. Attorneys and death penalty critics say relying on made-to-order drugs to execute inmates always puts them at some risk of encountering unconstitutional pain.

Robert Campbell has an IQ of 69. Courts typically set the cutoff for executions at 70.

In another appeal, Campbell’s attorneys contend that their client is intellectually disabled, and therefore ineligible for execution. A medical evaluation last month found that Campbell has an IQ of 69. Clinicians consider an IQ of 70 or below as indicative of mental disability. The US Supreme Court ruled in 2002 that the execution of intellectually disabled persons violates the Eighth Amendment.

The Arc, a nonprofit that advocates on behalf of people with intellectual and developmental disabilities, wrote a letter to Texas Governor Rick Perry asking him to commute Campbell’s sentence to life without parole.

“To ignore experts and cross the line drawn by a more than decade-old Supreme Court ruling shakes the foundation of our legal system for people with intellectual disabilities,” the letter states. “The Arc asks the Texas Board of Pardons and Paroles to take up this case immediately to ensure that Mr. Campbell’s disability is taken into account and justice can truly be served.”

Campbell, a black man, was prosecuted in a town criticized for “overt racial bias in capital case selection.”

Attorneys mention in their appeal that Campbell was prosecuted in Harris County, Texas, during a time where prosecutors disproportionately sought the death penalty for African-Americans. A University of Maryland study found that between 1992 and 1999 the county pursued capital punishment for blacks at three and a half times the rate of whites with similar cases.