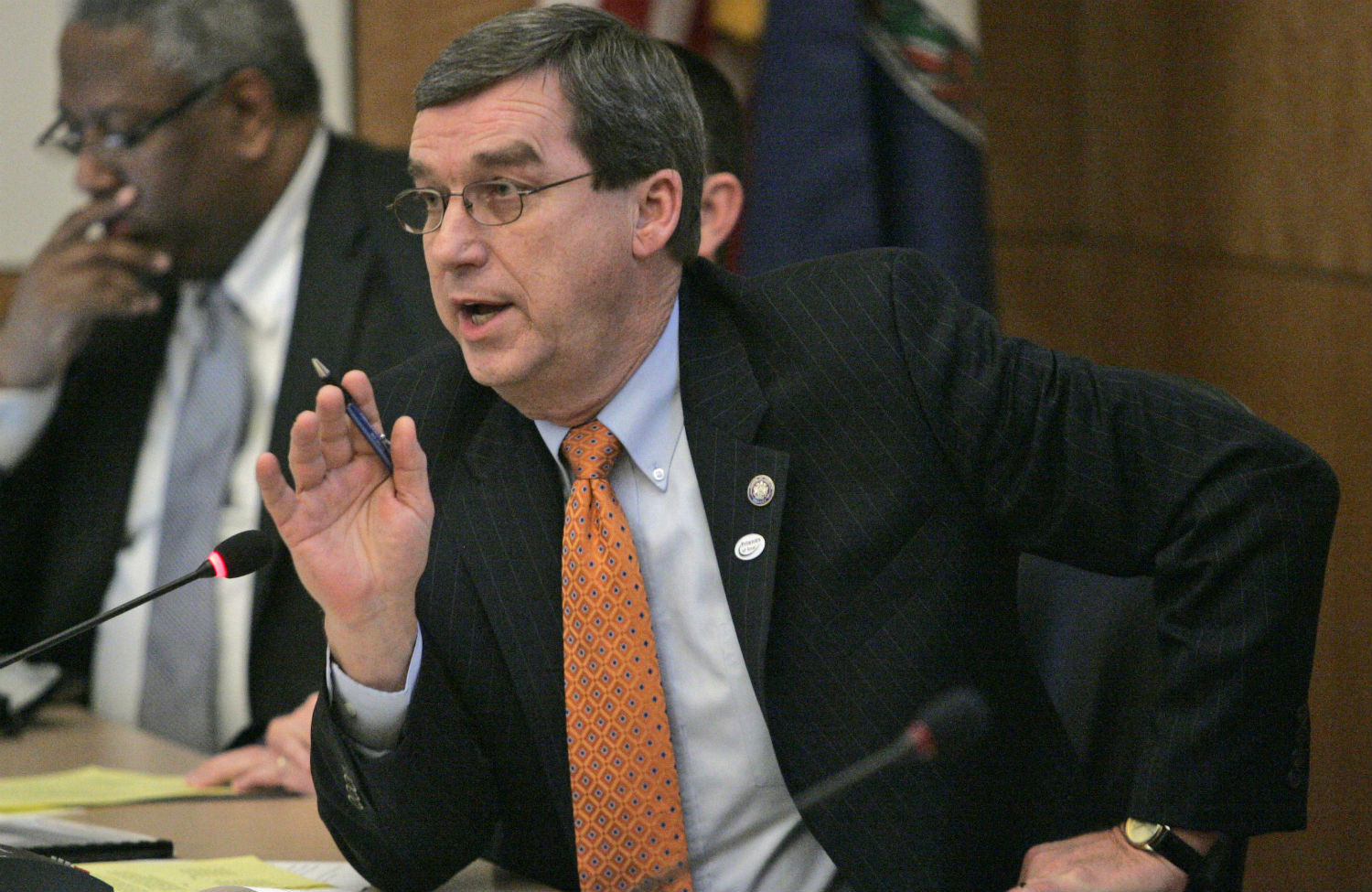 When it comes to healthcare, Southwest Virginia is a desperate place. Many of the state’s poorest and sickest live in that pocket of coal country between US Route 19 and the Kentucky and Tennessee borders, where it’s so hard to see a doctor that a free mobile health clinic held each July at a county fairground draws hundreds. “Southwest Virginia is one of the worst places we go to,” said Stan Brock, the founder and president of Remote Area Medical, which runs that clinic and others throughout the country.

That corner of Virginia also encompasses the district of Phillip Puckett, who served as a Democratic state senator until Monday, when he suddenly resigned. His decision to step down appears to have been the result of a bribe offered by Republican colleagues bent on stopping the expansion of Medicaid. Puckett’s resignation gave Republicans the one seat they needed to take control of the Senate; it also put him in the running for a paid post on a state tobacco commission that is controlled by some of the very same Republicans. And it cleared the way for the chamber to appoint his daughter to a state judgeship.

By stepping down, Puckett effectively ended a months-long battle over the fate of the 400,000 Virginians who are too poor to buy insurance but don’t meet the state’s restrictive eligibility requirements for Medicaid. The state Senate had been on course to vote to expand the program under the Affordable Care Act, setting up a budget showdown with the Republican-controlled House. But with the GOP now in control of the Senate, both chambers are expected to pass a spending plan on Thursday that does not include the expansion.

The advocacy group ProgressVA called for an investigation of allegations of a quid pro quo between Puckett and Republicans, who deny they made any sort of deal. Puckett cited “recent issues that have developed in our family” as grounds for his resignation, and said he would withdraw his name from consideration for the job on the tobacco commission. Virginia Attorney General Mark R. Herring announced that he does not see an “investigative role” for his office.

The question of what prompted Puckett’s mid-term resignation is tantalizing, and potentially important, but it’s also beside the point. The true scandal is that hundreds of thousands of Virginians—including more than 20,000 of Puckett’s own constituents—will be denied health insurance.

The Medicaid showdown in Virginia was particularly heated because the legislature was so closely split. But Republicans all across the country have gone to insane lengths to keep millions uninsured, or to justify doing so. In Louisiana, for example, the state sued MoveOn.org for a billboard criticizing Governor Bobby Jindal’s opposition to the Medicaid expansion. Republicans in Utah are trying to embed work requirements into a private alternative to the expansion, a stipulation that would likely make the plan unworkable. In Arkansas, Republicans tried to roll back the Medicaid alternative that passed last year by refusing to reauthorize its funding. Although the program was finally re-approved, conservative lawmakers—who are steadily gaining ground in the Arkansas legislature—indicated that they’ll attack it again next year.

For years now Republicans have trotted out the same reasonable-sounding lies to fight the expansion, namely the myth that states can’t afford it. The real callousness that undergirds their ideological campaign was made clear this year, however, by a handful of state senators in Missouri, who gathered on the Senate floor to make it clear that there would be “no path” forward for the expansion. “Why is this somehow our problem?” one lawmaker asked. “It’s not happening,” said another. “Go find something else to do.”

There simply isn’t anything else that the millions of Americans who fall into the coverage gap can do to afford healthcare. Expanding Medicaid won’t fix all of the health problems in Southwest Virginia; a shortage of providers serving rural and low-income patients also challenges the region. But that’s no reason to deny insurance to people, particularly when the costs of doing so will be born almost entirely by the federal government, not the state. The persistence of myriad other issues to be dealt with is simply an indicator that people would be better served if lawmakers spent less time devising elaborate schemes to keep the poor uninsured and found something else to do, themselves.