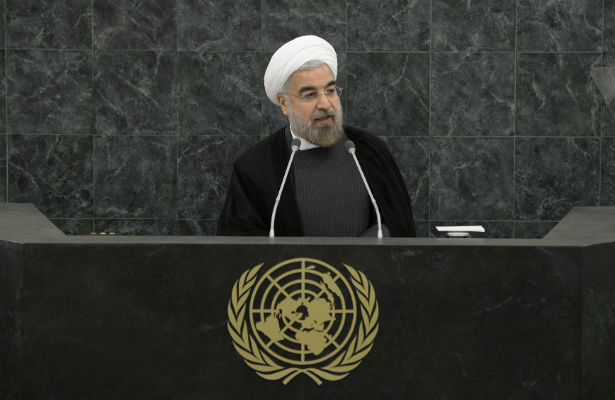 The Wall Street Journal’s opinion pages have long served as a welcoming home to pundits toeing a hawkish line on Iran, Iraq and a laundry list of foreign policy challenges facing the United States. Tuesday, the Journal’s editorial board exclusively published details of a report provided by the Mujahedin-e Khalq (MEK), an exiled Iranian opposition group that until less than two years ago was designated a terrorist group in the United States and Canada.

Noticeably, the WSJ did not claim to have verified the MEK’s allegations that Tehran has continued to pursue nuclear weaponization research.

Even while uncritically reporting on the allegations, the article contained one major factual error. It read:

…having ceded a right to enrich and permitted the Islamic Republic to develop an advanced enrichment capability, the West is now left with preventing weaponization as the final barrier against a nuclear-capable Iran…

In fact, no administration or international negotiating body has “ceded” Iran the “right to enrich.” Iran has enriched uranium for the better part of the last decade despite sanctions from the past two administrations and demands that they cease enrichment. Even in the recent flurry of diplomacy between the P5+1 and Iran, no agreement has been made public and nothing has been formally conceded. (A November accord accepted de-facto enrichment while limiting Iran’s enrichment from 20 percent down to 5 percent.)

But perhaps more surprisingly, the WSJ editorial board apparently felt no compunction to inform readers about the source of this “plausible new report.” This, despite the fact that the Journal’s editorial team even includes one outspoken critic of the MEK, Sohrab Ahmari, an editorial page writer based in Europe.

In a 2011 Radio Free Europe column, Ahmari characterized the MEK as “a mostly irrelevant group as ideologically coherent as Lyndon Larouche's cult and just as ineffective." Later that same year, Ahmari, writing in Tablet, warned that the MEK was an “Islamo-Marxist cult.” Many critics have pointed to the group's cult-like features, though over the last the few decades the MEK shed its Islamo-Marxist roots—a past many adherents today deny entirely.

On Tuesday and Wednesday, Ahmari, along with a small group of neoconservative pundits, promoted the article on Twitter but Ahmari, even while defending the MEK report, admitted the source was “problematic” in a tweet directed at me.

Indeed, the MEK has proven an unreliable source in the past.

In 2010, following an MEK claim to have discovered a secret nuclear site near the Iranian city of Qazvin, State Department spokesperson PJ Crowley told Fox News, “The MEK has made pronouncements about Iranian facilities in the past—some accurate, some not.”

While the Journal’s standards may be different for editorial content, a simple warning that the source was “problematic” and that much of the report was unverified, would be a reasonable expectation from one of the world’s most widely read newspapers.

“The MEK has a mixed record,” Daryl Kimball, executive director of the Arms Control Association, a Washington-based arms control advocacy group, told The Nation. “It's curious that it occurred in the editorial page section and not the news section,” said Kimball. “The editors don't appear to have tried to vet the information and they don't stand behind it.”

The MEK may be onto something with its contention that Iran continued with its nuclear weapons work (the IAEA's reporting about the "possible military dimensions" of Iran's nuclear program only covers the period before 2003). But relying almost exclusively on the organization is, to borrow a word, problematic, and raises a question: Why did the MEK approach the ideologues of the Journal’s opinion pages instead of its newsroom staff with its exclusive report? Perhaps the paper’s veteran foreign affairs reporters, who have no doubt had many interactions with the MEK, are more skeptical of the group’s claim.