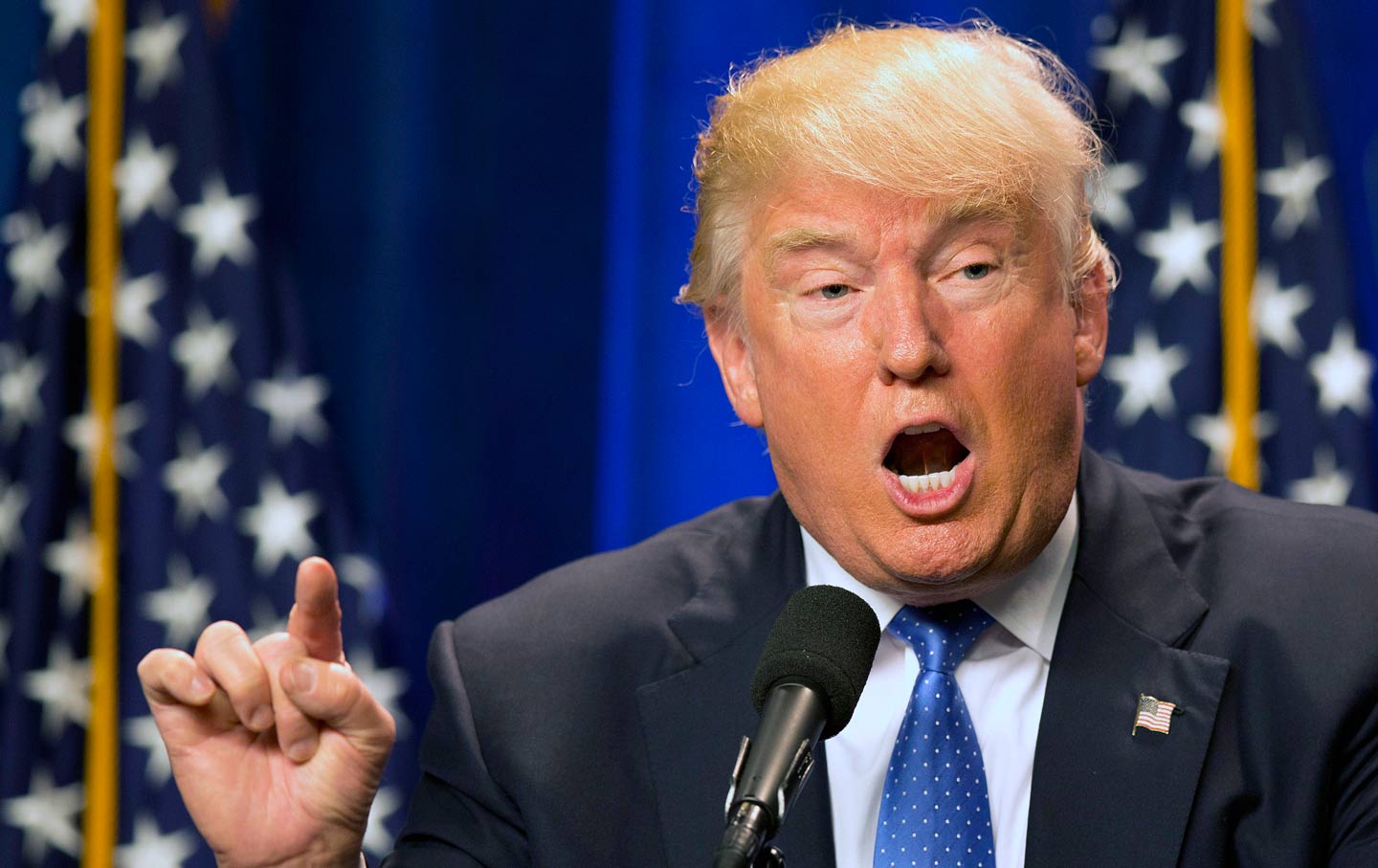 Donald Trump has once again caused an uproar by uttering a series of ill-considered, reckless, and foolish statements in reaction to the horrific attack on a gay nightclub in Orlando this past weekend.

Appearing on the Fox News Channel Monday morning, Trump indicated that he thinks the proper response to the worst mass shooting in US history is to increase the number of bombs dropped over Syria and Iraq.

Referring to the war against ISIS, Trump said, “We have generals that feel we can win this thing so fast and so strong, but we have to be furious for a short period of time, and we’re not doing it!”

In a speech at Saint Anselm College in New Hampshire later that day, Trump doubled down on his pledge to ban Muslim immigrants and seemed to be unaware, or willfully ignorant of, the fact that the shooter was a native-born American.

Trump also took time, as is his way, to lay part of the blame for the tragedy at the feet of President Obama. Trump told Fox News that Obama “either is not tough, not smart, or he’s got something else in mind.” Taking things a step further, Trump then told the Associated Press that “President Obama claims to know our enemy, and yet he continues to prioritize our enemy over our allies and, for that matter, the American people.”

All of this brings to mind the historian Richard Hofstader’s observation that “the pseudo-conservative tends to be more than ordinarily incoherent.”

Incoherent, and yet all-too familiar, as it is redolent of the rhetoric of the birther movement in which Trump once played a prominent role. Recall that Trump once sent (or claims to have sent) private investigators to Hawaii to find out if Obama was actually born there. What they found, Trump said at the time, was “absolutely unbelievable,” though he never released their findings.

While Trump’s comments regarding the president and his doubling down on the Muslim ban have been condemned by prominent Republicans and Democrats alike, it is troubling to note the results of a recent Washington Post/ABC News poll, which found that 64 percent of Republican voters and 45 percent of independent voters agree with Trump’s position on Muslim immigration. Somewhat more surprisingly, slight more than a quarter (26 percent) of Democrats also approve.

For her part, Hillary Clinton spoke out about the tragedy in Orlando in a national security speech in Cleveland on Monday. Clinton proposed an “intelligence surge” in order to prevent lone-wolf attacks like the one which took place in Orlando. Clinton’s use of the word “surge” does not, however, inspire confidence and indicates that she remains in thrall to the fashionable, yet utterly discredited, idea that “surges,” such as those mounted in Iraq in 2007 and Afghanistan in 2009, actually work.

Yet unlike Trump, Clinton deserves credit for calling for unity in the face of tragedy. “This,” she said, “is a moment when all Americans need to stand together. No matter how many times we endure attacks like this, the horror never fades.”

She also invoked what she called “the spirit of 9/12,” the short-lived period of American unity which followed the attacks on the Pentagon and World Trade Center. And that’s fine as far as it goes, but Clinton might also consider that the very same “spirit” quickly mutated into a war fever from which many Americans have yet to fully recover.

Nevertheless, the differences between the candidates’ recommendations and rhetoric in the aftermath of Orlando are as perhaps as good an indication as any as to how they would conduct their respective foreign policies.

Given her record, it is difficult to believe Clinton’s approach will represent a departure from establishment orthodoxy, which holds, among other things, that America is the indispensable world leader and that there are few problems that can’t be solved through the use of—or threat of the use of—American military might. Clinton fits squarely into the long line of liberal hawks within the Democratic Party going back to the days of Truman and Acheson. And while her record on Iraq, Libya, Syria, and Afghanistan leave much to be desired, consider the alternative.

While Trump’s rhetoric combines the racist populism of George Wallace with the isolationist and mercantilist tendencies of Patrick Buchanan, what often gets lost in the mumbo-jumbo of his speeches is that a Trump presidency would likely mean a return to the unilateral approach to world affairs as practiced by George W. Bush.

The reason very few, if any, analysts have noted this is understandable. Trump is able to disguise the fact that he is really the heir to the Bush-Cheney “with us or against us” approach because he makes so much of his alleged opposition to the Iraq war.

And in that way, Trump has been able to throw the pundits off his scent. But given his reaction to the events in Orlando, his oft-stated belief in the efficacy of military force, and his frequent boasts that he would force the world to “behave” and “respect” America again, Trump is indulging in the same unilateral fantasy that marred the first decade of this century—and haunts us still.