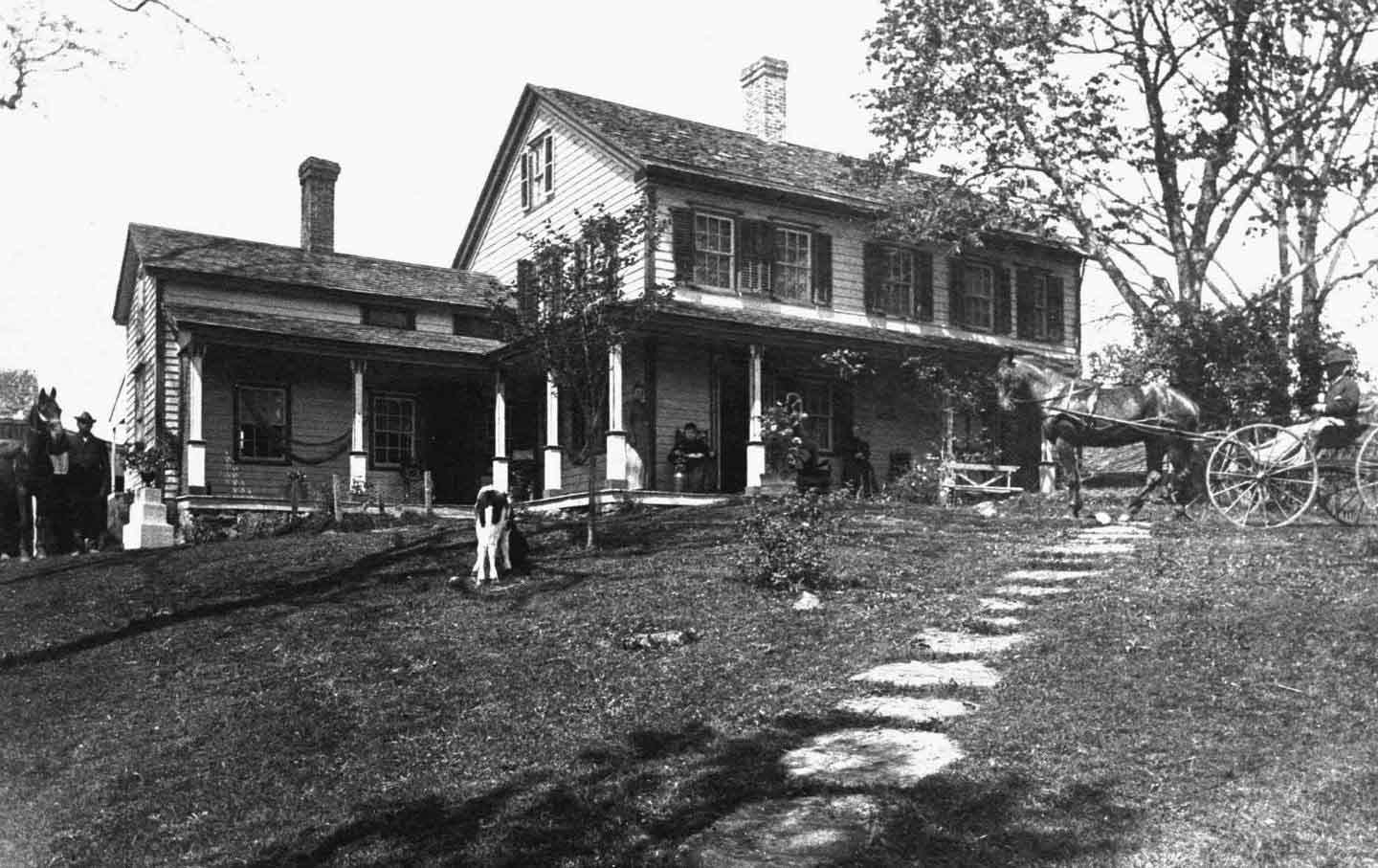 President Trump’s executive order barring refugees from Muslim-majority countries and his frequent threats to deport millions of undocumented immigrants bring to mind another era when the federal government acted forcefully to apprehend men, women, and children fleeing oppressive conditions. In 1850, Congress passed and President Millard Fillmore signed the Fugitive Slave Act. The law authorized federal marshals to capture people who had escaped from the slaveholding Old South, federal commissioners to order their return to bondage, and federal troops to carry out these orders. The act made it a federal crime to aid fugitive slaves or refuse to assist in their capture; it also stripped accused runaways of their legal rights, including to testify on their own behalf, and invalidated numerous state laws meant to protect Northern blacks from kidnapping and sale into slavery.

History never really repeats itself, but uncanny resemblances exist between the pre–Civil War years and our own time, in terms of both the actions of the federal government and the resistance it has evoked. Of course, despite their travails, today’s refugees are not fleeing conditions as horrific as American slavery. But just as many communities now offer sanctuary to undocumented immigrants and bar local law enforcement from cooperating with federal immigration officers, numerous Northern states beginning in the 1820s passed “personal-liberty laws” that prohibited state and local officials from assisting in the capture and return of fugitives. As with today’s undocumented or fleeing migrants, judges issued writs of habeas corpus to prevent the return of fugitives to slavery, and Canada offered refuge to those unable to enjoy freedom in the United States.

The draconian law of 1850 didn’t stop the steady flow of runaways from the South. Many Northerners—Abraham Lincoln among them—found the measure distasteful but insisted that it must be obeyed (although Lincoln called for changes to eliminate the very real possibility that free blacks would be caught up in its enforcement). Many others, loosely organized as the Underground Railroad, defied the federal statute. In Boston, Syracuse, Troy, and other communities, crowds stormed courthouses where fugitives were being held, overpowered guards, and spirited the runaways to Canada. Groups of black and white Northerners, at considerable risk, hid fugitives in their homes and facilitated their journeys north. Runaway slaves received such effective protection in New Bedford, Massachusetts, that it became known as “the fugitives’ Gibraltar.”

Progressives have long been accustomed to look to the federal government to protect individual liberties, while conservatives invoke states’ rights to oppose everything from voting-rights enforcement to environmental regulations. Slavery and, later, Jim Crow were created by state law, and it required unprecedented exercises of federal power to abolish them and establish a legal framework of equal rights regardless of race. But there is nothing inherently progressive about federal power, and in some circumstances local self-government can become a bastion of resistance to reactionary national actions (see, for example, Sasha Abramsky’s article here). In the early 20th century, to borrow a phrase from Supreme Court Justice Louis Brandeis, states were regarded as the “laboratories of democracy,” pioneering political reforms and social-welfare legislation later adopted on the federal level.

When it came to fugitive slaves, the South demanded vigorous national action. The Fugitive Slave Act was probably the most intrusive intervention by Washington into local affairs of the entire pre–Civil War period. In response, Northern opponents turned to states’ rights. Wisconsin’s legislature, for example, “nullified” the law, and the State Supreme Court declared it unconstitutional—a ruling subsequently overturned by the US Supreme Court.

The actions today of the attorneys general of California, New York, and other states—as well as hundreds of “sanctuary” cities and college campuses—in refusing to cooperate with the discriminatory policies of the federal government have their antecedents in this resistance to the Fugitive Slave Act. Faced with the need to combat the most retrograde national administration of our lifetimes, progressives need to rediscover the local power embedded in our Constitution.

Today, Harriet Tubman, the escaped slave who violated federal law by leading dozens of fugitives to freedom, is a national hero; her image will soon appear on the $20 bill. Meanwhile, who now remembers those who pursued the fugitive slaves, or the officials who promulgated and enforced the 1850 law? The name of Millard Fillmore, who signed that infamous statute and later ran for president as the candidate of the anti-immigrant American Party, evokes laughter, if it is recalled at all. History’s most painful rebuke to Donald Trump is that he will very likely be forgotten—or, even worse, remembered as the Millard Fillmore of the 21st century.