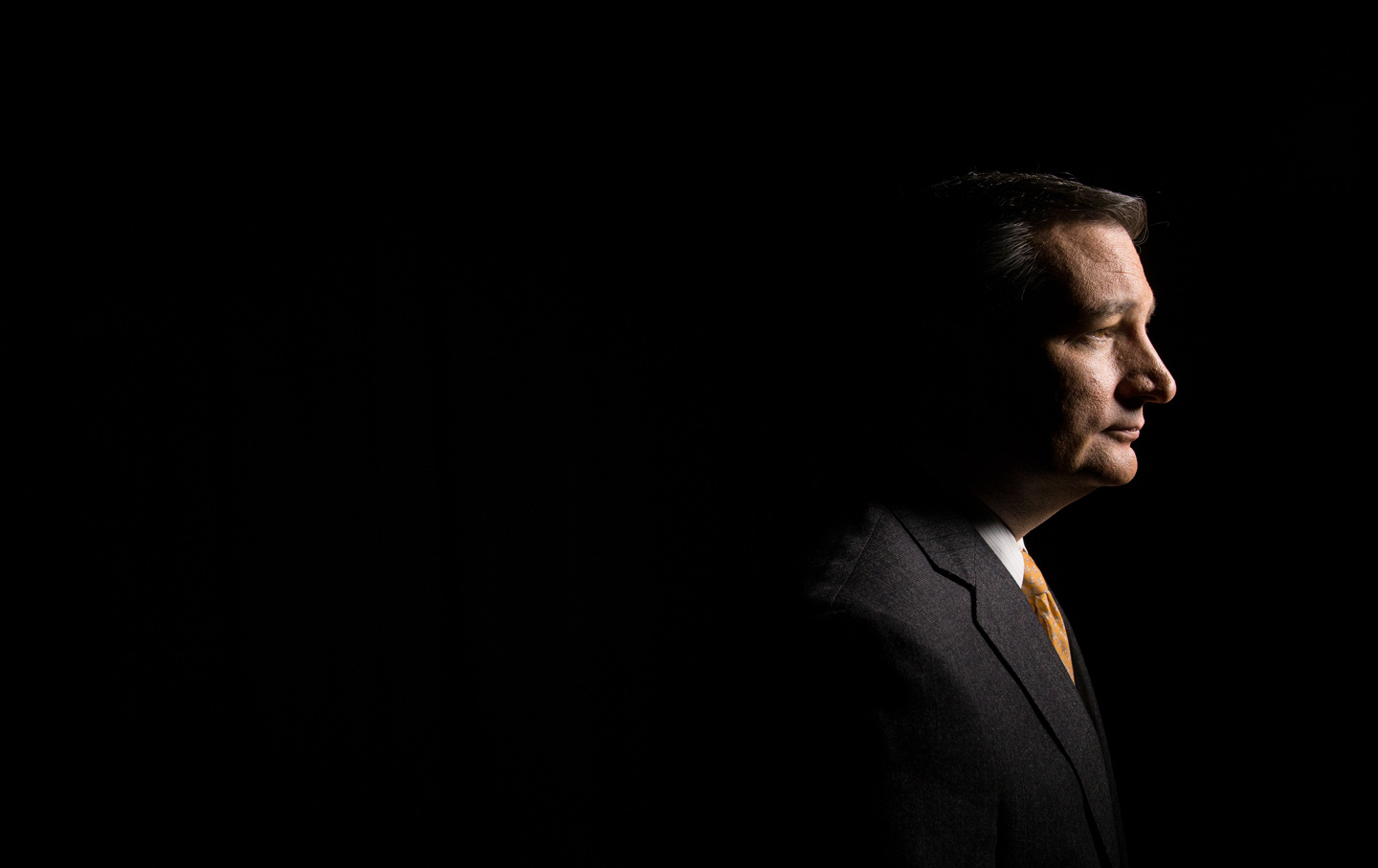 Concord, NH—Ted Cruz is positioning himself as the “true” conservative candidate for the 2016 Republican presidential nomination. The senator from Texas wants his fellow partisans to believe that he is the surest heir of the secular saint of modern conservatism: Ronald Reagan. Cruz says he has read stacks of Reagan biographies to bone up on policy and presidential demeanor. He tells crowds that Reagan understood that “simply giving voice to values of American people has power, and speaking the truth with a smile has enormous potency. It’s what Reagan did every day and what I’m trying to do in this campaign.”

Unfortunately for Cruz, despite all his alleged reading and actual pontificating, he does not appear to know very much about his favored president.

The senator—who is rarely accused of “speaking the truth with a smile”—is battling billionaire Donald Trump for the votes of conservatives in the first-caucus state of Iowa and the first-primary state of New Hampshire. And in this fight he frequently invokes the 40th president.

Ted Cruz seems not to be aware that Ronald Reagan was once a Democrat who backed big-government programs.

Ripping Trump for past expressions of sympathy with the Democratic party and at least some of its preferred programs, Cruz declared the other day in New Hampshire that “Ronald Reagan did not spend the first 60 years of his life supporting Democratic politicians, advocating for big government.”

Does Ted Cruz not remember that Ronald Reagan was a Democrat before he was a Republican?

Raised in a Democratic family, Reagan cast his first vote for Franklin Delano Roosevelt in 1932—when Herbert Hoover was decrying Roosevelt as a radical—and remained an active and outspoken Democrat through the first decades of his Hollywood prominence. It’s true that Reagan began moving to the right in the 1950s, but he did not register as a Republican until 1962.

So Reagan did not spend “the first 60 years of his life” as a Democrat. But Reagan was 51 at the time of his party switch.

During the first half-century of his life, Reagan did not just support Democrats. He gave donations, cut commercials, and argued passionately for the party of FDR and Harry Truman. He was a passionate New Dealer who described himself not as a bleeding-heart liberal but as “a near hopeless hemophilic liberal.”

Reagan was, famously, the leader of a labor union, the Screen Actors Guild. He also aligned for shorter periods of time with the World Federalist movement and left-leaning groups such as the Independent Citizen’s Committee for the Arts, Sciences, and Professions. Reagan identified as a liberal who was at odds with the the Communist Party. And he was very engaged with Democrats who did the same.

So much so that he would deliver one of the best-recalled radio addresses on behalf of Harry Truman’s 1948 presidential campaign and Democrats running for Congress that year.

“This is Ronald Reagan speaking to you from Hollywood. You know me as a motion picture actor but tonight I’m just a citizen pretty concerned about the national election next month and more than a little impatient with those promises the Republicans made before they got control of Congress a couple years ago,” he began, before complaining that because of positions taken by a Republican-led Congress, “The profits of corporations have doubled, while workers’ wages have increased by only one-quarter. In other words, profits have gone up four times as much as wages, and the small increase workers did receive was more than eaten up by rising prices, which have also bored into their savings.”

Reagan described himself not as a bleeding-heart liberal but as “a near hopeless hemophilic liberal.”

Arguing that “high prices have not been caused by higher wages, but by bigger and bigger profits,” Reagan complained about the end of World War II–era price controls, ridiculed the notion that prices would be kept down through “the natural process of free competition,” and decried the fact that “labor has been handcuffed with the vicious Taft-Hartley law.”

Reagan complained that, under a Republican Congress,

Social Security benefits have been snatched away from almost a million workers by the Gearhart bill. Fair employment practices, which had worked so well during war time, have been abandoned. Veterans’ pleas for low cost homes have been ignored, and many people are still living in made-over chicken coops and garages. Tax-reduction bills have been passed to benefit the higher-income brackets alone.

Sounding not so different from the progressive populists of 2016, Reagan concluded: “In the false name of economy, millions of children have been deprived of milk once provided through the federal school lunch program. This was the payoff of the Republicans’ promises. And this is why we must have new faces in the Congress of the United States: Democratic faces.”

Among the Democratic faces Reagan championed was that of Minnesota US Senate candidate Hubert Humphrey, whom the actor hailed as an advocate “for adequate low cost housing, for civil rights, for prices people can afford to pay and for a labor movement freed of the Taft-Hartley Law.”

Reagan defended the cause of liberal democracy throughout that critical campaign, and he continued to do so in 1952, as part of a group of labor and liberal activists who urged General Dwight Eisenhower to seek the Democratic nomination for the presidency. When Eisenhower identified as a Republican (albeit a “modern Republican” who decried conservative extremism), Reagan backed him—but as a “Democrat for Eisenhower.”

No one is denying that Reagan became a conservative Republican. But his history as a Democrat continued to influence him even during his presidency: he retraced parts of Harry Truman’s 1948 whistle-stop campaign on a train in the Midwest; he paid tribute to Humphrey as the “great happy warrior”; and he even found room for compromise with House Speaker Tip O’Neill, a proud Democratic defender of the New Deal legacy.

When Ted Cruz was trying to shut down Congress several years ago, historians recalled the ability of Reagan and O’Neill to find common ground. Cruz lacks that ability for many reasons, including, no doubt, the fact that the senator’s recollection of Ronald Reagan seems more politically expedient than sincere.