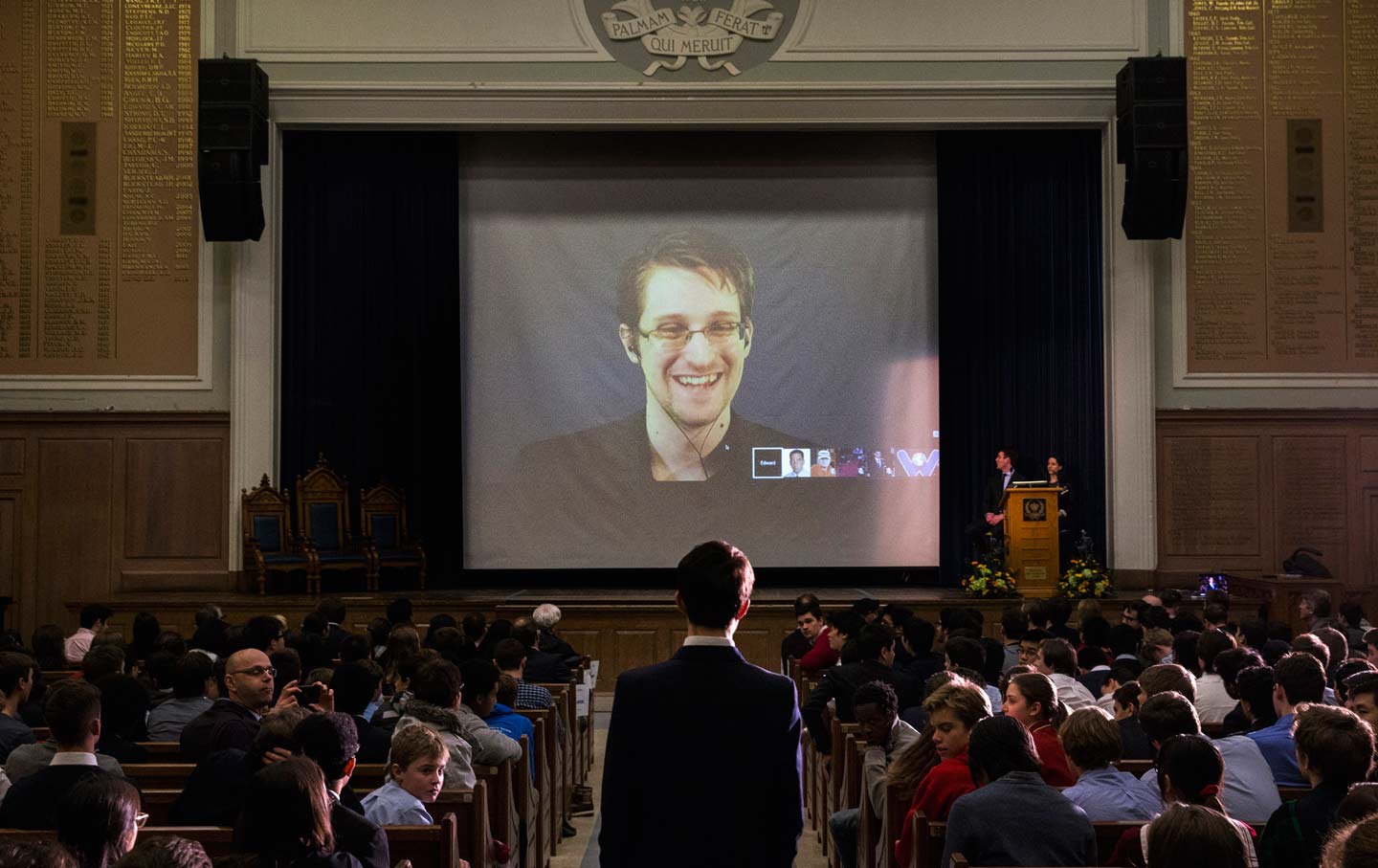 President Obama will grant his last pardons by January 20, 2017, his final day in office. With that in mind, and with Oliver Stone’s Edward Snowden biopic slated for release this fall, I sat down with Ben Wizner in July to ask about the NSA whistle-blower’s chances of coming home soon. Wizner is Snowden’s attorney; he also directs the ACLU’s Speech, Privacy, and Technology Project.

Edward Snowden’s Twitter page reads: “I used to work for the government. Now I work for the public.” It’s been three years since his revelations about NSA spying were first published. Remind us: How many documents did Snowden release to the public?

The number he released to the public is zero. Every document that’s been published from what we now call the “Snowden archive” was published after a news organization made a determination that publishing that document, or portions of it, was in the public interest and would not cause harm to national security. Snowden’s instructions to the journalists he entrusted with the archive were that they were to use their judgment, not his. And that they were in all instances to consult with government officials, give them an opportunity to raise specific objections, but then make their own determination about what should be published—or not.

There was a lot of talk about the extensive harm to our national security done by Snowden’s revelations—“grave and irreparable” harm, we were told by government officials. What do we know about the extent of that harm?

The United States doesn’t seem to be trying very hard to bring Snowden back and put him on trial.

There is no extradition treaty with Russia. The United States tried pretty hard in the summer of 2013. My sense is that three years down the line, the US takes a different view. They realize it would do huge damage to our soft power among important allies, and particularly among a youth generation, if we were to put Snowden on trial for espionage after the contributions he’s made to privacy and security around the world. Snowden’s reputation has improved considerably inside the US, but in most other countries he’s viewed as a hero. For us to lock him away as if he were no different than a spy would damage the US’s reputation and its authority in the world for no good reason. For example, the European Parliament voted in favor of a resolution calling on member states not to extradite Snowden if he appears in those countries, saying the charges against him under the Espionage Act are political and that he should be entitled to asylum. It’s not a binding resolution, but it’s a real milestone in the progress he’s made—from hunted fugitive to global thinker and leader on these issues.

What would happen at a Snowden trial under the Espionage Act? You would put him on the stand and ask him why he released classified documents to the news media—and then what would happen?

This isn’t hypothetical: Daniel Ellsberg tells the story of what happened in his trial. His attorney said, “Mr. Ellsberg, why did you provide the Pentagon Papers to the media?” The government prosecutor said, “Objection!” And the judge said, “Sustained.” Ellsberg’s motivation was irrelevant—the only thing the government needs to show in an Espionage Act prosecution is that the defendant provided national-defense information to someone who was unauthorized to receive it. The fact that Snowden’s disclosures led to historic legal reforms (legislation in Congress that restricted the authority of the NSA); that the president has said the debate “will make us stronger”; that the former attorney general said that Snowden provided a “public service”—this would not just be irrelevant in an Espionage Act trial; it would be inadmissible. So it really wouldn’t be a trial at all. It would be a sentencing.

There is precedent for a plea deal and a misdemeanor charge of leaking documents: General Petraeus.

I have no problem with prosecutorial discretion on the basis that somebody has performed valuable service; I just think there are different ways to perform valuable service. If the federal government believes Petraeus’s service in the military was a strong enough mitigating factor that he shouldn’t be punished for what were serious felonies, that might be an appropriate resolution. But it’s not an appropriate resolution if people like Edward Snowden, or Chelsea Manning, serve decades in prison for similar conduct.

There’s one other possibility: a presidential pardon.

I think this is the kind of case the pardon power exists for. It would allow President Obama to say, “Maybe I don’t agree with the way this person did this—maybe I wish it had gone a different way. But the fact is, we would not have had that debate without Edward Snowden breaking the rules, violating his contract with the intelligence community in order to uphold his oath to the Constitution.” The pardon power doesn’t exist for people who didn’t break the law; it exists for people who did. The pardon power was used for President Nixon. Look around Washington, DC—there are a lot of people in that town who have never been charged for the crimes they committed. We don’t call that a pardon; we call that “looking forward instead of backward.” If that kind of leniency in the national interest is available to Donald Rumsfeld, Dick Cheney, David Addington, and John Yoo, let’s make it available to Edward Snowden.

Jon Wiener is the host and producer of The Nation’s weekly podcast Start Making Sense, from which this interview was adapted.