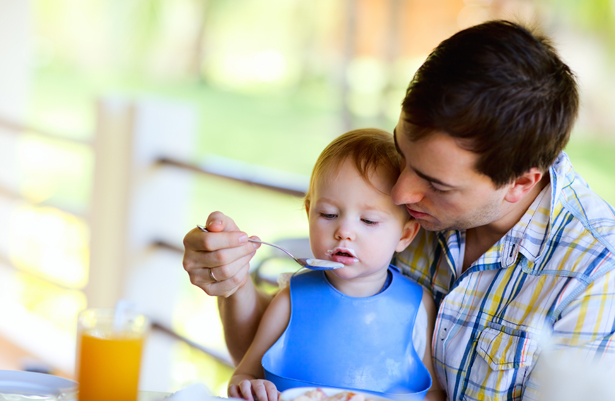 Plenty of worthy policy changes that would help working people balance the demands of the workplace with home have been proposed in Congress. Universal preschool. Paid family leave. Paid sick days. But this is not a Congress that gets a lot of things done. It passed the lowest number of bills in decades last year, at just fifty-seven.

So it’s important to take note of something President Obama could do right now, on his own, that could have a huge impact on the work/family conflict: update our overtime laws.

As Ross Eisenbrey, vice president of the Economic Policy Institute, explained in The New York Times this weekend, employers are required by the Fair Labor Standards Act to pay certain workers time and a half—one and a half times their regular wage—in overtime pay after they put in forty hours of weekly work. But the threshold for which workers are covered by this requirement needs updating. It’s currently $455 a week, which is $23,660 a year, and as Eisenbrey notes, $2 a week more than the poverty line for a family of four. That means a whole lot of middle-wage workers who make more than that don’t get any extra compensation for working extra hours.

And Americans put in a lot of hours. According to the Organisation for Economic Cooperation and Development, the United States is in the top fourteen of thirty-three countries in the number of hours we work. Given that about half of all families with children have two working parents—just one in five has a stay-at-home mom and a breadwinner dad—that leaves few hours to spend taking care of children, elderly parents or each other.

Enter the overtime requirement. Eisenbrey proposes lifting the cap to cover those who make $970 a week or less, or over $50,000 a year. That affects not only low-paid service and construction workers but also white-collar workers—and begins to normalize paying for over-time in professional settings. Eisenbrey picks this number because it would bring the threshold in line with its historical value of $240. But since in 1975 it was 1.6 times the median wage, and today’s median wage for forty hours of work is $670, $970 is actually on the low side—the threshold could go above $1,000 a week and be consistent with historical norms.

While Eisenbrey pushes for an update because it “would make overtime pay more expensive, creating an incentive for employers to spread work among other workers” in an economy in desperate need of more jobs, he doesn’t mention the impact it would have on those working more hours than they want to. The norm in many jobs, particularly professional ones, has become to work fifty-plus hour weeks. Some workers feel like they have to put in sixty or more hours, raising the question of whether they ever eat a meal with their loved ones. If it became more expensive to keep workers around after forty hours, however, even for just the lower paid staff, it would reintroduce the nine-to-five norm where everyone wraps up and goes home when the clock chimes five.

This might sound like a scary thing if you’re a job creator. But as Eisenbrey writes, if an employer wants to avoid paying overtime, he can hire new workers to do the extra work at the base rate, one of the original law’s objectives. It’s also not unheard of for governments of developed countries to curb work hours. In six of the top ten most competitive countries—Denmark, Finland, Germany, the Netherlands, Sweden and the United Kingdom—it’s illegal for an employer to make her workers put in more than a forty-eight-hour workweek. Not to mention that forty hours a week has been found to be the “sweet spot” for workers’ productivity. Just ask Henry Ford.

The beauty of working less is that it is a gender-neutral way to change the workplace to better suit the current shape of American families. Our model assumes someone is at home to cook a meal, clean the house, care for a parent, watch the kids when they get home from school and do anything else that isn’t paid employment. But that’s not true for a growing number of families. While women are still the default when it comes to who takes on the care work, the stress of this dilemma reaches both genders. If everyone worked less, everyone would have more time to devote to the other things in life that need attention.