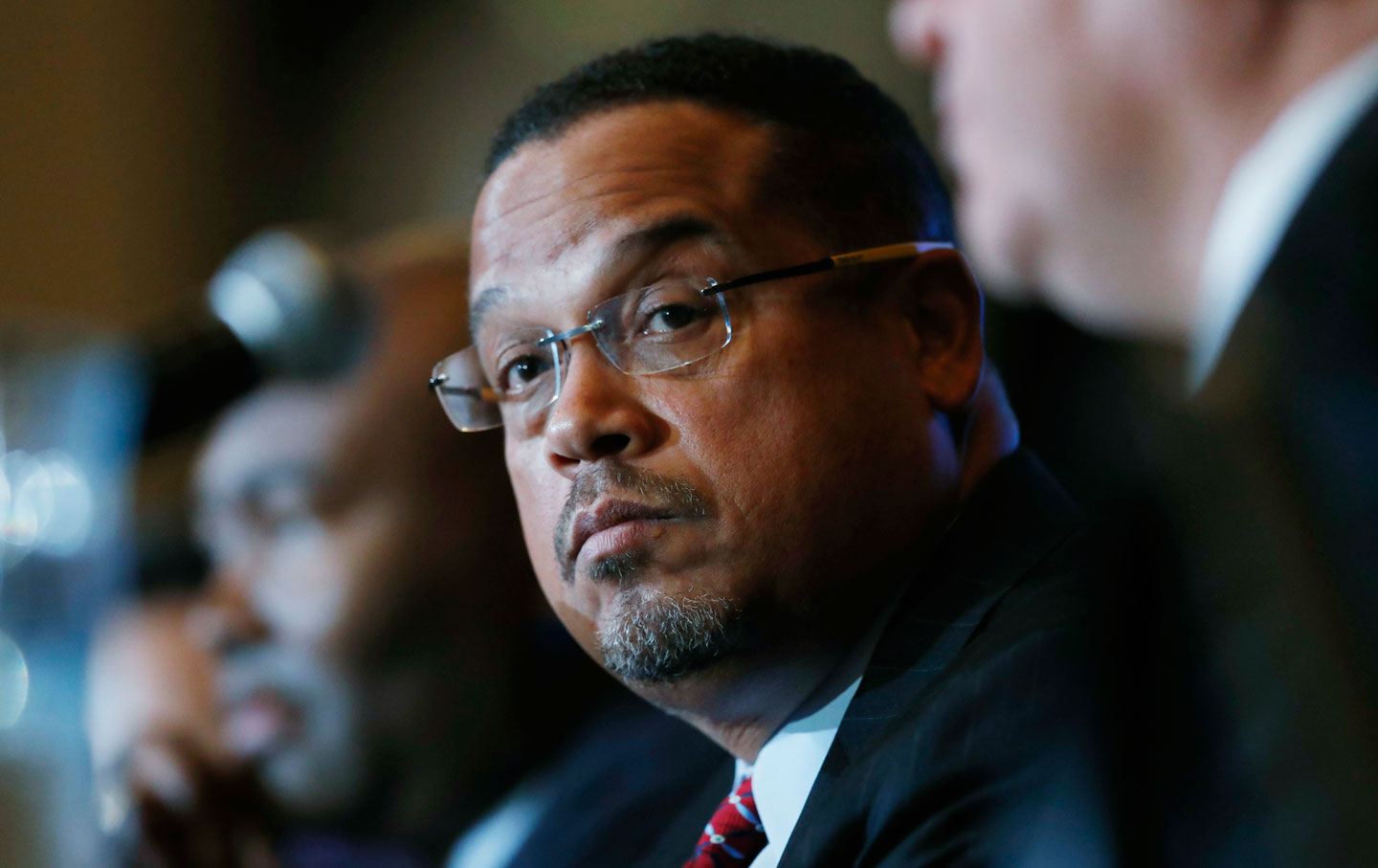 In December of 2016, Keith Ellison listens as Ray Buckley speaks during a forum on the future of the Democratic Party. (AP Photo / David Zalubowski)

The most significant election result for Democrats on February 25 wasn’t the selection of former labor secretary Tom Perez as the new party chair at an all-too-predictable gathering of Democratic National Committee members in Atlanta. It was the result announced that evening in Middletown, Delaware, where environmental attorney Stephanie Hansen won what was supposed to be a close special election for an open State Senate seat with 58 percent of the vote. That win gave Delaware Democrats something their party now has in only five other states: “trifecta” control of the governorship and both houses of the legislature. In other words, they can govern.

The point of political parties is to win elections, thousands of them, in communities like Middletown, and to add those victories together so that people with a shared set of values—as opposed to the same campaign donors—are in control of city councils, legislatures, and Congress. Democratic insiders lost sight of that point over the years, becoming so presidentially obsessed that they told themselves they could somehow survive without legislators and governors, congresspeople and senators. If they could just keep the presidency, these Democratic partisans imagined, everything would be OK—and the media, which is more focused than ever on Washington, reinforced that fantasy. Then Hillary Clinton lost, and the Democrats suddenly recognized that they were at their weakest point since 1928 in the House, and at their weakest point since 1925 in the states.

The truth is that Democrats have been in crisis for a long time. The loss of the presidency matters—as Donald Trump reminds us each day. What matters more, though, is the overall decay of a party that once sufficiently commanded Congress to temper Richard Nixon and Ronald Reagan, but that now gets shoved around by Paul Ryan and Mitch McConnell. Democrats, who once ruled the states, now control just 16 governorships and 31 of 98 partisan legislative chambers. And a new breed of hyperpartisan Republicans are using their dominance to lock in electoral power through extreme gerrymandering, voter-ID laws, and assaults on labor rights.

No matter who won the competition between Perez and Representative Keith Ellison to lead the DNC, the new chair’s only real job was always going to be to end this losing streak. That’s not some crass partisan calculus; it’s an absolute necessity if America is going to undo not just Trump and Trumpism but the program of inequality and injustice that contemporary conservatives advance. Ellison had the bolder vision for merging the “demonstration energy” of the resistance to Trump with the “electoral energy” that Democrats must muster in 2018. His approach extended from the left-wing, small-donor-funded, millennial-energizing presidential candidacy of Bernie Sanders, which Ellison backed—and which Perez, and most of the party establishment, opposed. The Working Families Party’s Dan Cantor described Ellison’s narrow defeat as “a missed opportunity”—and so it is. But it’s important to recognize that a majority of DNC members were willing to miss that opportunity, as they’ve missed so many others over so many years.

Ellison’s backers had to reckon with a creepy (though easily rebutted) attempt to portray the congressman, who is Muslim, as anti-Semitic. But his defeat had a lot more to do with the refusal of insider Democrats to recognize that their party must get out of Washington (with a genuine 50-state strategy); break the bonds of big money (with small-donor funding); link itself with grassroots activist groups; and abandon the “Third Way” compromises that have turned too many Democrats into errand runners for Wall Street.

So is the DNC irredeemable? That question will be answered by Perez and Ellison. Perez was to the left of the Obama administration: for unions and a $15-an-hour minimum wage, for diversity and immigrant rights. He immediately made Ellison his deputy chair. There’s potential in that arrangement—if it really is a partnership, and if Perez implements the “dramatic cultural change” he promises. At the heart of that change must be an understanding that, to advance electorally, partisans must not just resist Trump; they must also resist the uninspiring lesser-of-two-evils arguments that leave voters wondering if Democrats stand for anything.

In this, they can take counsel from State Senator Hansen. She waged a resistance campaign, speaking at a “Sister March” on January 21; celebrating every endorsement from labor, environmental, and LGBTQ groups; and urging voters to push back against Education Secretary Betsy DeVos by denying like-minded Republicans control of the State Senate chamber. Activists heard her; door-to-door canvasses that traditionally draw 25 people attracted 250.

It has never really been true that “all politics is local,” and it’s even less true now. Parties win when voters know what they stand for—and when what they stand for isn’t winning for the sake of winning, but a clearly defined set of values. Democrats can be a winning party, but it will take a “dramatic cultural change” to make them one. If Tom Perez delivers anything less, he will have failed his party and his country.