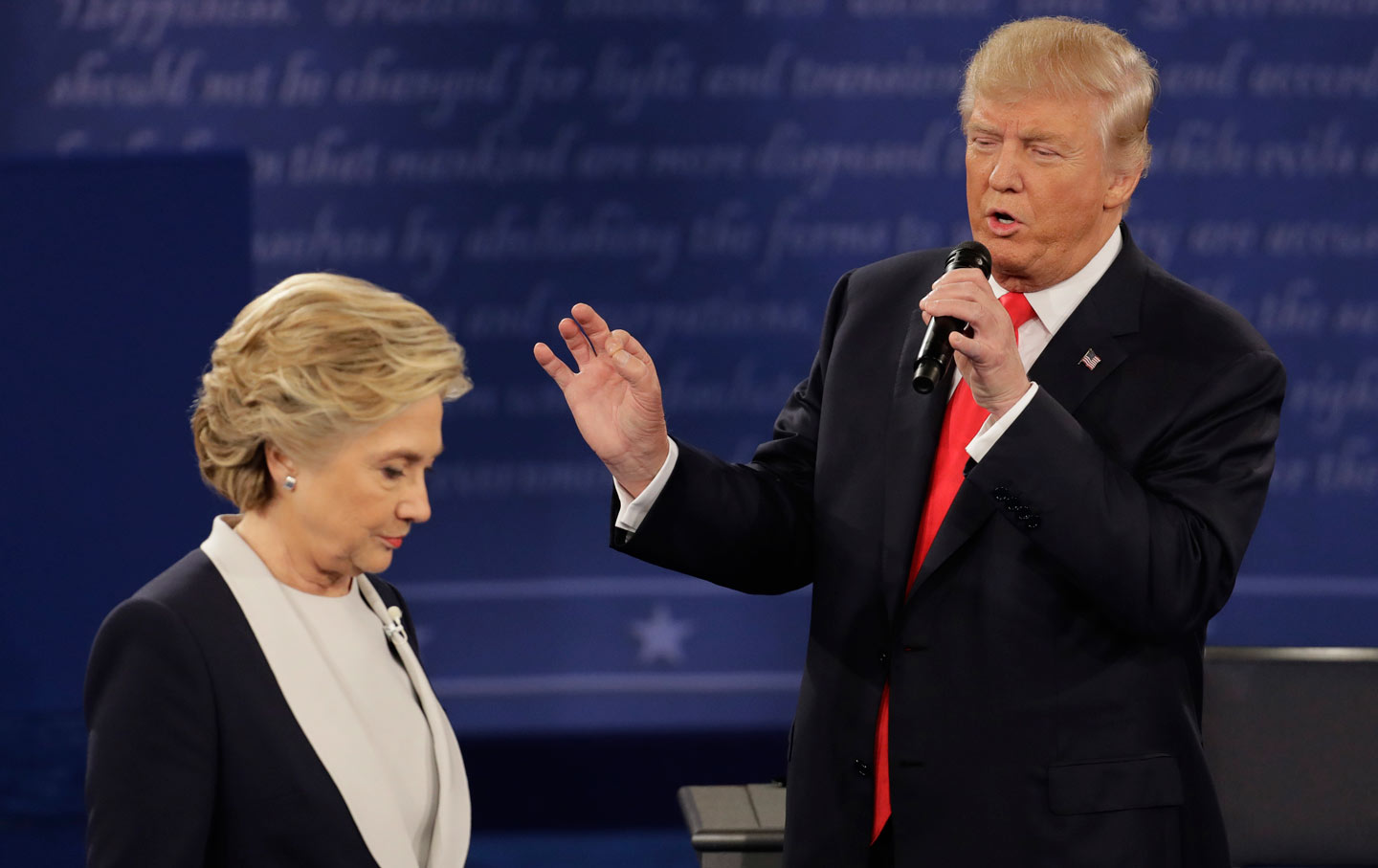 As the grotesquerie masquerading as a presidential campaign slouches toward its end, a final spectacle—a “debate”—is slated for Wednesday. It is hard to imagine a worse circumstance. Trump, more at ease with insults than ideas, is in the midst of a mortifying public self-immolation. The Clinton campaign has heated itself into a faux Cold War lather over WikiLeaks’ release of hacked campaign e-mails. And as a final measure, the “moderator,” Chris Wallace, is supplied by Fox News, a virtual guarantee that the scandalous will supplant the substantial.

It is probably a fool’s errand to suggest that Wallace explore real issues rather than raking the muck over again. But opinions have already hardened on everything from Clinton’s “damned e-mails” to Trump’s predation. Rather than ask Trump about his libido or Clinton about the “deplorables,” why not pose fundamental questions that have received far too little attention in this campaign?

Wallace has already released a list of topics for the debate: debt and entitlements, immigration, economy, Supreme Court, “foreign hot spots” and fitness to be president. Of course, previous debate moderators also released seemingly substantive lists of topics, to no avail. That said, though we’ve already heard a lot about immigration (“Build the wall”), the Supreme Court, and fitness for the presidency, some of these could be used to frame real concerns.