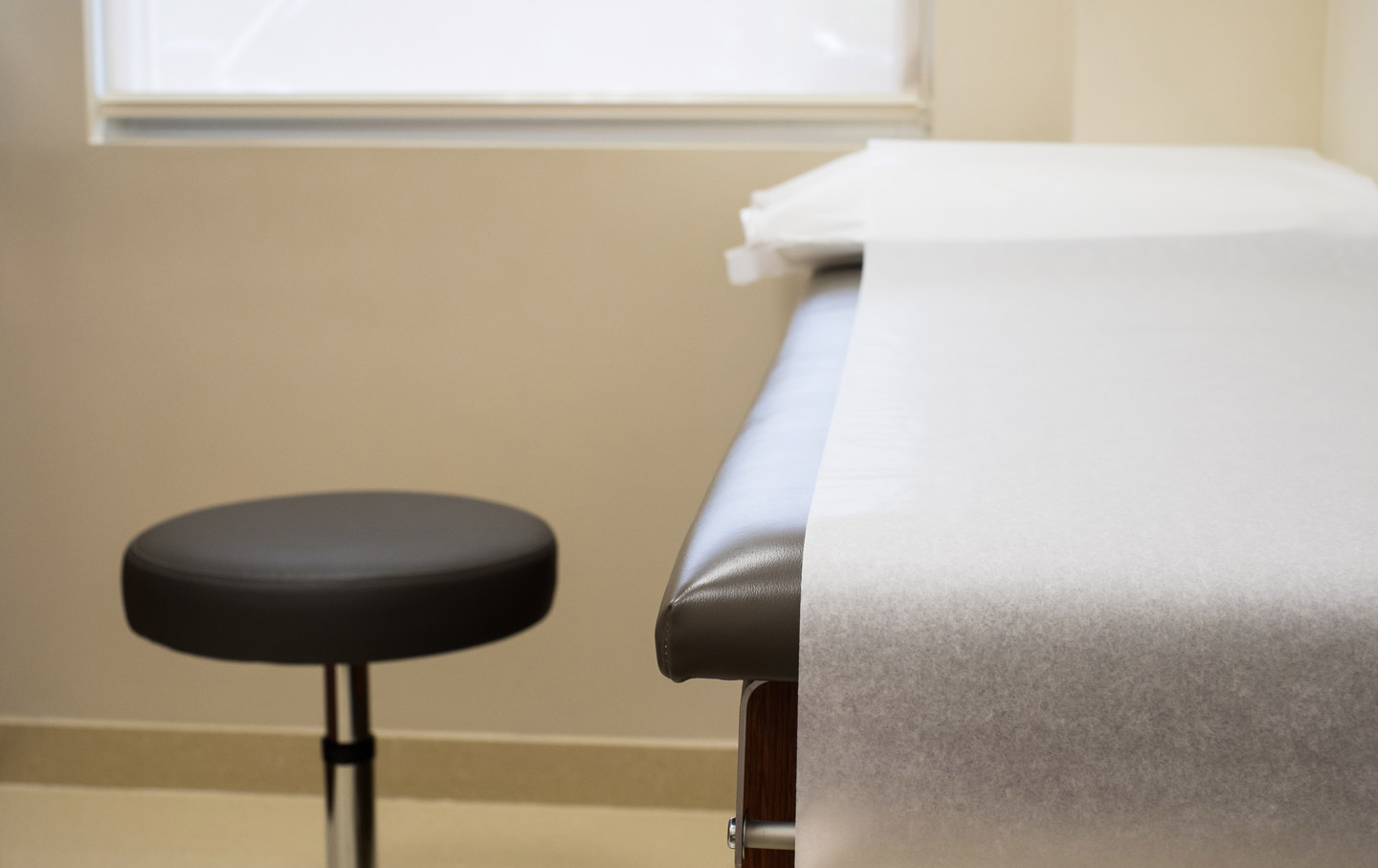 Asian-Pacific chick drawing my blood at the VA just now. Another white, female tech leaning against the wall, exhausted. Double shift written all over her. The two women chat the chat of a rested woman trying to help a bone tired one manage til quitting time. Chores. Shopping. Netflix. Next station over, an elderly male white vet is regaling the bored brother drawing his blood with his love for 70’s funk. Homie knows what he’s talking about. Cameo. Tower of Power. Bootsie. He’d learned that during 35 years of service. “The Beatles can kiss my ass.” I chuckle to myself while I look away from the needle stick. The music he loved was the soundtrack of my teen years.1

My tech soothingly tells the white chick that “Barb” will be in soon, so she can go home and sleep. White girl says, “No big. I just need a few hours, then I’ll be fine.”2

Black guy tech, who’s said nothing all this time, is suddenly Barry White: “You sure that’s what you need?”3

Barry White — if he were holding a knife to your throat.4

Unless you’re saying that while you’re alone, or sotto voce, to your woman — if you’re saying it the I-wanna-fuck-you-unconscious way he said it — you have just terrified (and disgusted) a room full of women.5

He has just terrified (and disgusted) a room full of women.6

Only our eyes move. They widen with shock and fear. They scramble between us in the silence of those in hiding, checking on each other, asking if we should say something, had we actually heard what we’d obviously heard. What just happened?8

Then, once we realize we probably aren’t about to be raped, we remain frozen — can’t be too careful–but allow our eyes to squint now in anger.9

Neither of the men in the room, natural enemies encompassed now in their global male privilege, has a clue.10

Old white vet never stops his litany: Parliament-Funkadelic. The Ohio Players. George Clinton. Nothing important was said, so he didn’t hear it. Three women have become appalled statues, but he can’t see it.11

OK. Now, I’m back. I’m back in my right mind and I’m pissed double because not only have I just been sexually harassed but I have also gaslighted myself again! when abused by a man.12

I remember that I am Melissa Harris-Perry y’all and I am dead to racism, sexism, dumbassism. All of em.13

It’s on. It’s brought. Y’all started and now you gon get some.15

Who do I slap the stupid out of first, sisters?16

My neck and eyeballs are on casters though nothing else moves because I now am rigid with fury. Irises flying back and forth between my sisters who are half my age so I guess really my daughters and still thinking “maybe we don’t need to be so confrontational.” These young ‘uns are still the worst thing a woman can be: nice to those who don’t deserve it.17

Their eyes rationalize so hard.18

My tech is still frozen, holding my wrist, needle in stasis above my hand. My free hand is determined to rip the armrest off, so it’s my eyes and my now very expressive chin that thrusts to ask the two women whose livelihoods are tied up in that room if they want me to go the freak off on their co-worker? The VA? Can I at least go get the female Hispanic doc in the waiting room cajoling vets into giving blood for research (I’d said yes) so every woman on the planet can kick some man-ass up in here?19

But now, only my eyes are angry. Theirs are resigned. Their bodies do not unfreeze so much as slump. Go slack. They adopt the “OK. I’ll eat dirt again and swear it’s caviar” pose.20

I’m still imploring them with my eyes to let me at the fool.21

No. Not today, they tell me without words. We still have to work with him, their eyes say.22

I’m disappointed but not in them. They’re women. Moms. They are, by definition, practical. Our lives just aren’t aligned. They work at a VA which treats its patients — treats me — with such respect I exhale a little when I enter. I’ve got 25 years and a fulfilled CV on both of them. They still have a long to-do list before they can set the bastards straight. Even the Hispanic doc looks to be only 30. Our periods cannot synch. Power funk was not the soundtrack to their teenage years. I cannot even imagine what kind of hippity-hop music that needs to get off my lawn was.24

Solemn, we exchange the world’s 50 billionth nods of female acquiescence and mutual support.25

I sigh my surrender so they can fight again another day in their workplace.26

I slash the “brother” with my roller ball neck and my evil eyes and theirs laugh.27

Our eyes dance together, knowing. Righteous cynicism. Laughing at these two clowns who think they’re men.29

White guy keeps on and on. STFU, my eyes and neck tell him. That’s my soundtrack, ijit, not yours. Asian chick can’t go go “talk, talk, talk, blah, blah, blah” with her free hand — they respect vets — but I know she wants to from her soundless chuckles at my infantile mugging. Black guy who’s just sexually harassed two co-workers, who has begun the process of making them dread their overlapping shifts, looks up to see if white girl tech will take his tasty bait — if she will engage in public verbal foreplay with a nodding acquaintance — but she withholds her eyes from this thug who doesn’t deserve it. Pretends to have heard nothing. He shrugs, replaces one blood vial with another. Wasn’t even important to him.30

Just something he does everyday.31

He won’t even remember this but I know who will.35

I hope you counted three, because I’m at the VA pretty regular and I have plans for Mr. White. I have my daughters’ backs.36

At the door, I will them both to make eye contact with me on last time. I need to make sure they know I ain’t mad at em.37

We exchange the kind of looks women did in the old days as a train pulls away and someone’s left behind in the dead end village. But I know them. I know us, us women.