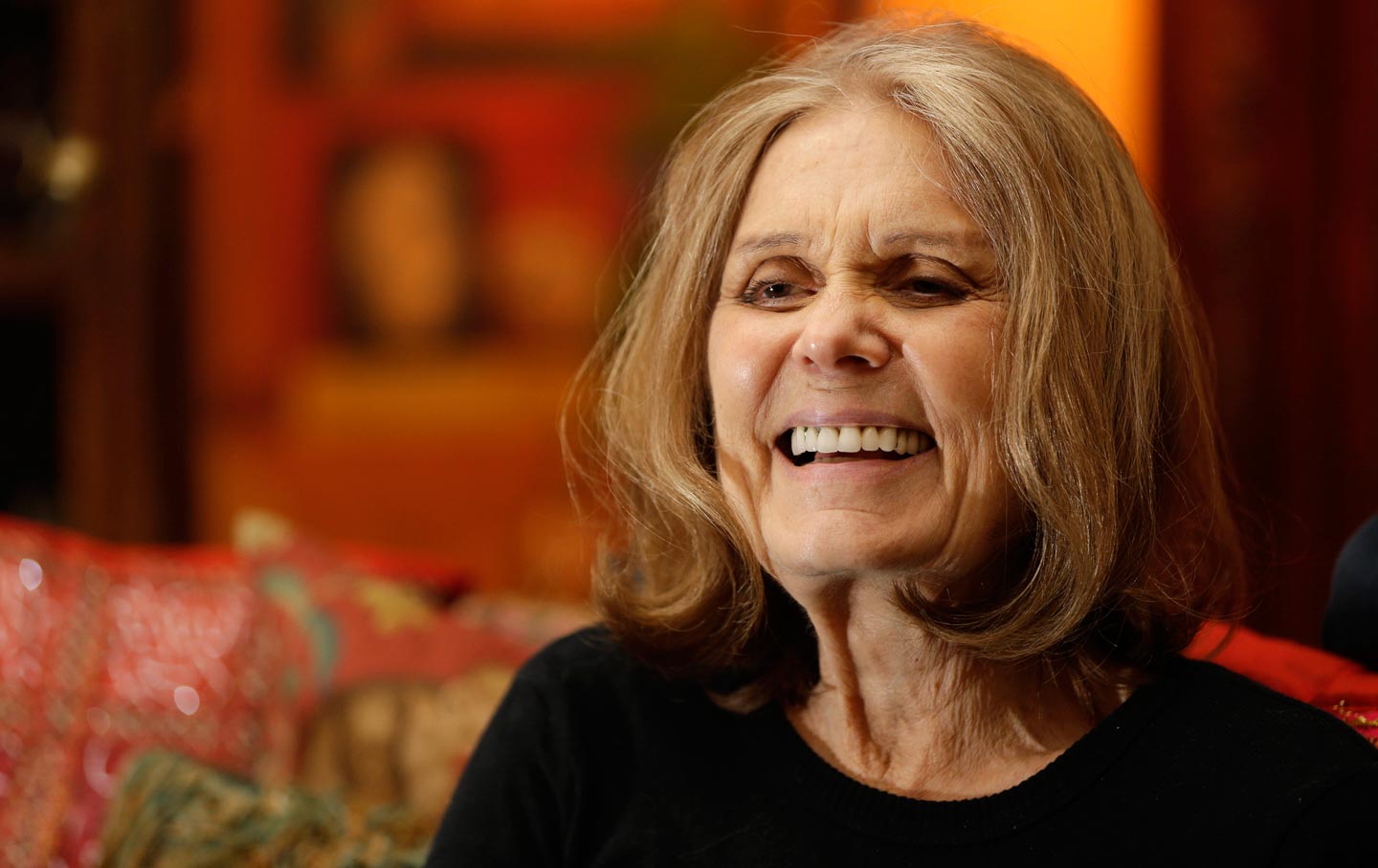 At last young feminists and those imaginary Bernie Bros have something in common: being mad at Gloria Steinem. Free-associating a bit on the Bill Maher show, where she was promoting her new book, Steinem suggested that young women were supporting Bernie because “when you’re young you’re thinking, Where are the boys? The boys are with Bernie.” It was a silly, not to mention impolitic, thing to say. When I e-mailed her about it Saturday night she said she had tried to clarify: “What I was thinking sitting there was that both young women and young men gravitate toward each other, and here, for a shared reason—Bernie makes an economic message like that of Occupy—but Bill cut me off to make a joke, with a line from the song, ‘Where the boys are’—I said no twice, that wasn’t what I meant, I even said, ‘How well do you know me?’”

Never mind that the dreaded pullquote came after astute and generous remarks about young women: “I find the young women very activist and they’re way more feminist. We were, like, 12 crazy ladies in the beginning, and now it’s the majority. I do think that gratitude never radicalized anybody. I did not say thank you for the vote. I got mad on the basis of what was happening to me, and I think that that’s true of young women too. So they’re mad as hell because they’re graduating in debt, and they’re gonna earn a million dollars less over their lifetime to pay it back, they’re mad about what’s happening to them.”

Needless to say, The New York Times did not run with the headline “Second-Wave Icon Praises Young Women: More Feminist Than Ever, Face New Challenges.” Actual headline: “Gloria Steinem and Madeline Albright Scold Young Women Backing Bernie Sanders.” (When I checked it online this morning, “scold” had been changed to “rebuke.” Progress! As Steinem told me, “When two men disagree, it’s about an issue, but when two women disagree, it’s because they can’t get along.”) Albright’s offense was to introduce Hillary at a rally with her famous aphorism: There’s a special place in hell for women who don’t support other women. This saying, previously thought bland enough to adorn a Starbucks cup, is now the cackle of an old crone stirring her cauldron: Support Hillary, my pretties, or burn in the lake of fire! (The incident also retroactively upgraded Albright to feminist-icon status in the media, although I doubt many feminists thought of her that way before.)

“I do think that gratitude never radicalized anybody. I did not say thank you for the vote. I got mad.” —Gloria Steinem

Steinem quickly apologized for her remark on her Facebook page: “In a case of talk-show Interruptus, I misspoke on the Bill Maher show recently, and apologize for what’s been misinterpreted as implying young women aren’t serious in their politics. What I had just said on the same show was the opposite: young women are active, mad as hell about what’s happening to them, graduating in debt, but averaging a million dollars less over their lifetimes to pay it back. Whether they gravitate to Bernie or Hillary, young women are activist and feminist in greater numbers than ever before.” But as she has learned the hard way, you’re only as good as your last sound bite. Hers has spurred furious letters, tweets, Facebook posts, an online petition from People for Bernie, articles from younger feminists attacking her for not understanding intersectionality, and even a clever Feminists for Bernie cover song.

But was Steinem entirely wrong? We’re not living in Plato’s Republic, after all. In real life, one’s preferences are shaped by all sorts of social and psychological factors, including one’s friends, one’s networks, one’s sense of what others think. This is true for everyone, Republicans and Democrats, white and of color. Hillary’s older female supporters surely strengthen one another’s sense of solidarity and excitement at the prospect of making history. White men reinforce their own particular brands of identity politics—since they are the dominant group, they don’t even have to try very hard. Why would young women be immune to real-life influences that everyone else is subject to in one way or another? As Jill Filipovic argues, young people want to be cool, boys determine what coolness is, and boys like Bernie. My 28-year-old daughter, Sophie (a Hillary supporter), put it this way: “Even those stupid fake ads comparing what Bernie and Hillary would say about stuff like Harry Potter seem vaguely sexist to me—another argument that men ‘get it’ and women are boring/basic/out of it.”

In his New York Times column, Charles M. Blow said much the same thing, in a degendered way: Sanders’s support “is hardening into hipness. Supporting Sanders is quickly becoming the thing to do if you are young and want to appeal to those who are.” So far as I know, no one has suggested that Blow is old and out of touch, much less lectured him on intersectionality.

A bit lost in all this is the candidate herself. Here’s what Hillary says about young women: “I think it’s wonderful that they’re so enthusiastic about Bernie, I love to see their political passion, and I hope to earn their vote.”

Perfect. Why can’t we leave it at that?