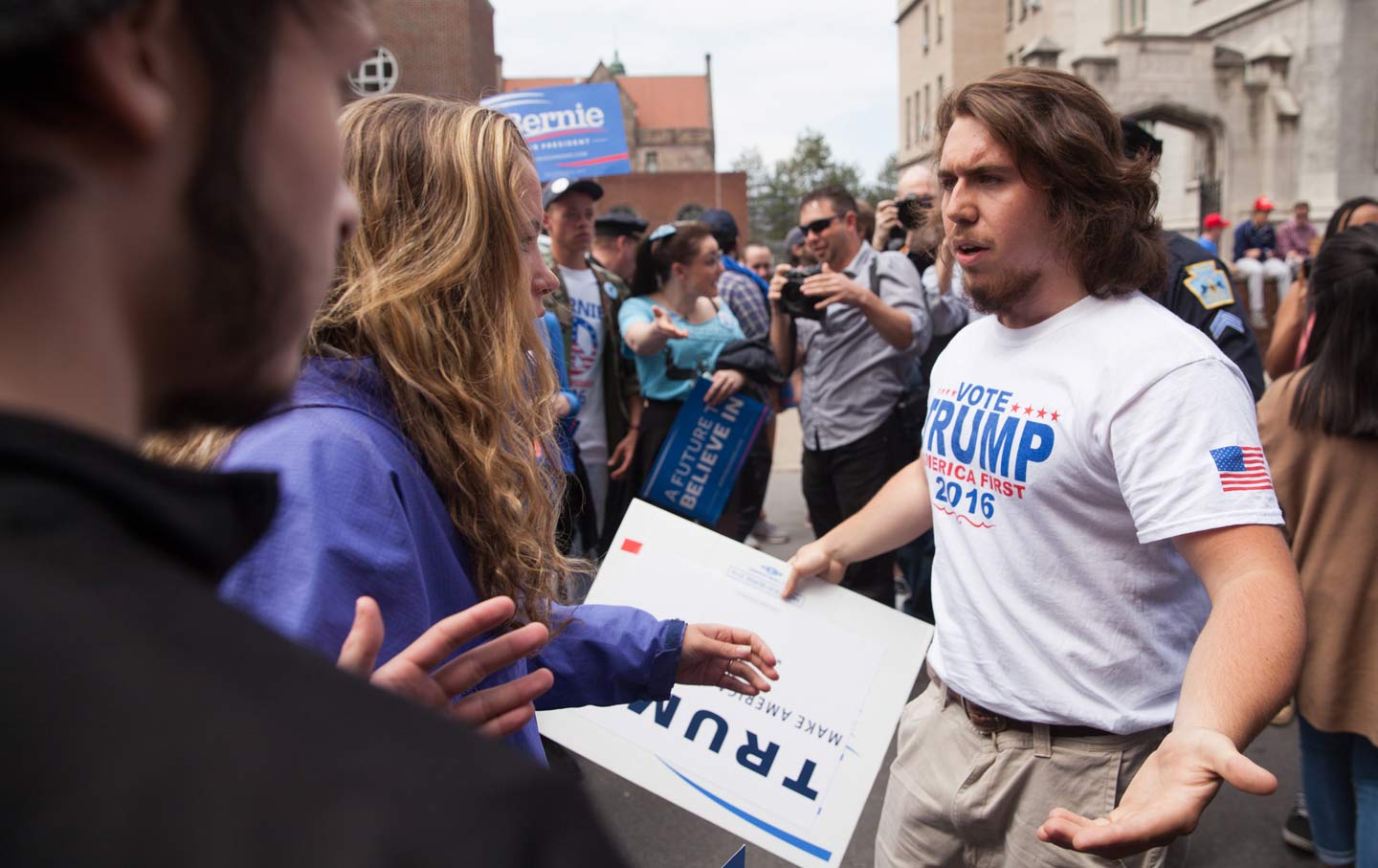 A larger percentage of American voters identify as independents (39 percent of the electorate, according to Pew) than as Democrats (32 percent) or Republicans (23 percent). This statistical reality has become a source of endless fascination and quite a bit of misunderstanding.

On the Republican side, Donald Trump claims to have brought “millions and millions” of new people into the Republican Party. In March, The Washington Post reported that Trump’s primary opponents “insist[ed] that he’s winning because independents are tipping the scales in what would otherwise be a close contest among Republicans.” But an analysis by Politico found that the “the vast majority of those voters aren’t actually new to voting or to the Republican Party, but rather they are reliable past voters in general elections,” and “are only casting ballots in a Republican primary for the first time.” It’s likely that many of those voters who turn out for general elections but not primaries identify as independents, but they’re actually what political scientists call “closet partisans.”

Meanwhile, in the Democratic primary, Bernie Sanders has done better among independents than Hillary Clinton has—the Vermont senator has fared far better in open primaries in which independents can vote than in closed contests—and many of his supporters believe that’s evidence that his coalition has little loyalty to the Democratic Party and will be less likely to rally around the nominee after the race is over than in past cycles.

At the same time, a good number of Clinton’s backers have concluded that the independents backing Bernie are just aloof hipsters who are too cool to identify with a party and are “hijacking” the Democratic nomination process.

Both candidates’ supporters—and Donald Trump—have it mostly wrong. While around four-in-10 voters say they’re independents, very few are actually swing voters. In fact, according to an analysis of voting patterns conducted by Michigan State University political scientist Corwin Smidt, those who identify as independents today are more stable in their support for one or the other party than were “strong partisans” back in the 1970s. According to Dan Hopkins, a professor of government at the University of Pennsylvania, “independents who lean toward the Democrats are less likely to back GOP candidates than are weak Democrats.”

While most independents vote like partisans, on average they’re slightly more likely to just stay home in November. “Typically independents are less active and less engaged in politics than are strong partisans,” says Smidt.

Rising polarization—and the increasingly personal and nasty nature of our politics—has had a paradoxical effect on the American electorate. On one hand, the growing distance between the two major parties has contributed to a dramatic decrease in the number of true swing voters. Smidt found that low-information voters today are as aware that there are significant differences between the two major parties as well-informed people were in the 1970s, and people who are aware of those differences tend to have more consistent views of the parties’ candidates. At the same time, says Smidt, many people who vote consistently for one party say they’re independents because they “view partisanship as bad” and see claiming allegiance to a party “as socially unacceptable.”

In that sense, we’re talking about precisely the kind of people who should be encouraged to participate in the primary process. Most Dem-leaning independents have as much invested in the Democratic Party as a typical registered Democrat—they vote consistently for its candidates. At a minimum, this should call into question highly restrictive primary rules like New York’s, which had a deadline to switch parties that passed last October, months before most people were paying attention to the primary contest.

Among partisan Democrats, Clinton’s supporters tend to be more moderate than those backing Sanders, but there’s virtually no ideological gap between the two candidates’ independent supporters. That’s consistent with Pew’s broader finding that the ideological “positions of those who identify as Democrats and those [independents] who lean toward the Democratic Party are nearly identical.” And while 8 percent of Dem-leaning independents have a “very negative” view of the party, according to Pew, that’s also true of 4 percent of those who identify as Democrats.

Millennials have played an outsized role in Sanders’s success. According to Pew, they’re the group that’s most likely to identify as independents—almost half of them do—but when pushed, they’re also the age cohort that leans most toward the Democratic party. That’s especially true among younger people of color. White millennials are almost evenly split in their partisan leanings—they favor Republicans by a 45-43 margin—while non-whites in this age group identify as or lean toward Democrats by a massive 61-23 margin.

Sanders, like Trump, insists that his appeal among independents in the primaries would give him a distinct advantage in the general election. But in an era in which there’s exactly zero overlap between the two parties’ congressional voting records, the reality is that polarization will drive the vast majority of Dem-leaning independents into the arms of the party when they’re faced with the stark choice of a general election.

The conventional wisdom holds that the parties need independents to win general elections, but the reality is that they’re increasingly devoting their resources to getting their own voters—including their “closet partisans”—out to the polls rather than trying to sway the dwindling number of genuine swing voters. “We’ve seen a huge increase in technology and the ability to turn out the vote,” says Smidt. “So in terms of a cost-benefit analysis, the parties and candidates see that it’s much easier to turn out people who agree with them than it is to change someone’s mind. And then there’s also the question of how many of us are even open to changing our minds.”

So rather than thinking that close to 40 percent of the electorate are “gettable” independents that the parties must win over, it’s better to focus on those political scientists call “floating voters”—people who have cast votes for both parties in the past. That group has shrunk dramatically as the parties have moved further apart, and now only represents around 5 percent of the electorate.

The irony is that as the parties sharpen their ability to reach their own voters, they have less incentive to find common ground, which tends to piss off their strongest partisans. For better or worse, that’s likely to continue to drive more polarization and turn off more voters—it’s a vicious or virtual cycle, depending on your perspective. And the fact that a lot of people call themselves independents is probably the least interesting thing about this dynamic.