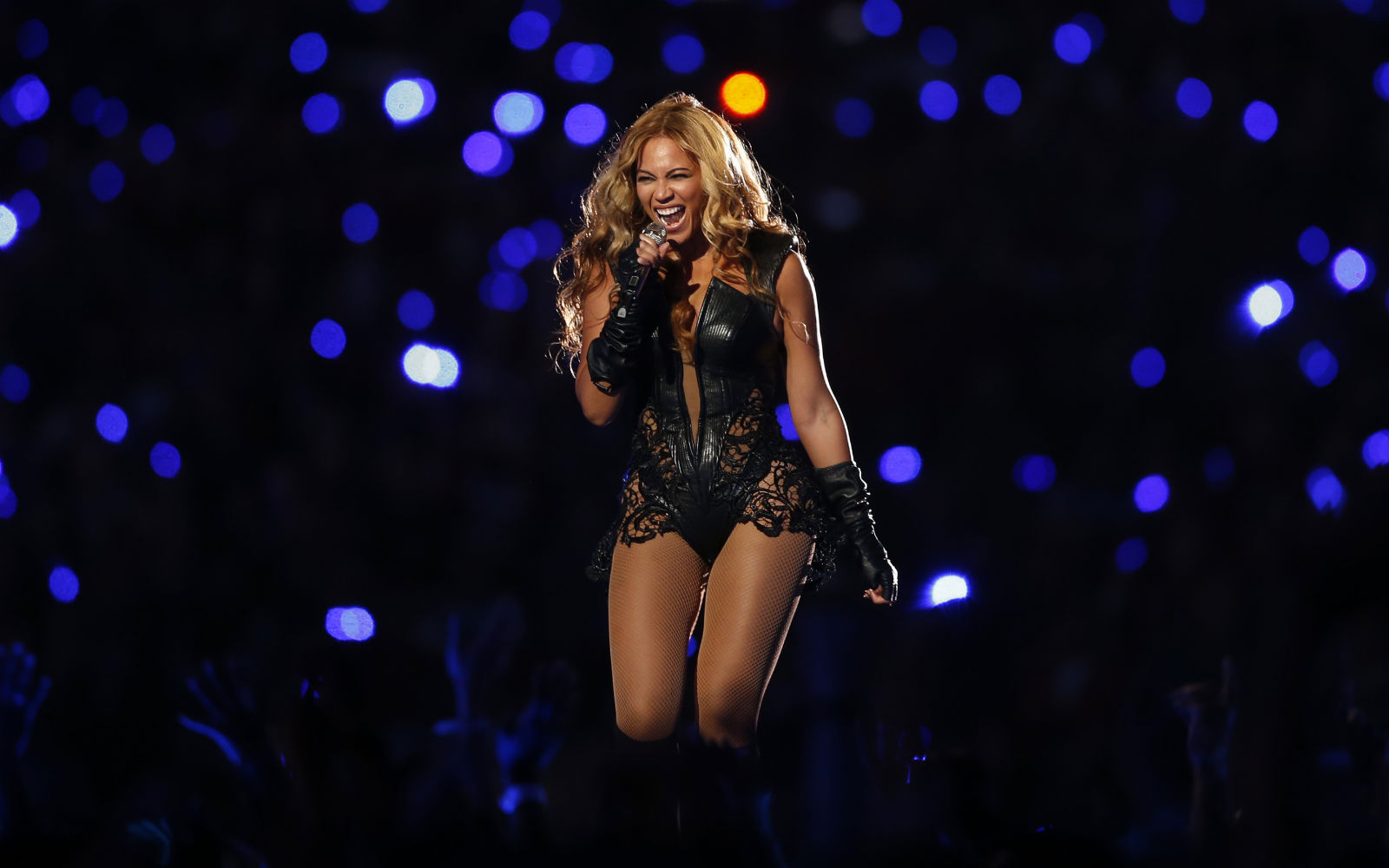 Secretary of State John Kerry's warning last month that Israel risks becoming "an apartheid state" in the absence of a peace deal has predictably launched an uproar in the halls of American political power—where an avowed "commitment to Israel" remains more or less a prerequisite to entry. Republicans have called for his resignation. California Democratic Senator Barbara Boxer said, "Israel is the only democracy in the Middle East, and any linkage between Israel and apartheid is nonsensical and ridiculous." Inevitably, Kerry was forced to backpedal ("if I could rewind the tape, I would have chosen a different word…") and the "apartheid" label was shunted back to the radical fringe, where it was surely devised by closeted anti-semites to undermine "Israel's brand." In all this noise, it's easy to forget—and I'm thankful to Saree Makdisi for reminding—that "apartheid" is more than a mere insult to be hurled back and forth by political foes. In 1973, the UN General Assembly adopted the "International Convention on the Suppression and Punishment of the Crime of Apartheid," which explicitly defines the crime and lists those practices falling within its ambit. Makdisi, like many others before, makes a compelling case that Israel's policies toward Palestinians fall within the scope of the UN definition. "The question," he says, "is not whether 'apartheid' applies here. It is why it should cause such an outcry when it is used."

To be entirely fair, however, the United States has never formally endorsed the UN definition. Back in '73, we were among an intrepid group of four members of the UN general assembly who voted to reject the Apartheid Convention. The others opposed were Portugal, the United Kingdom and apartheid South Africa.

Colombians go to the polls on Tuesday in what is turning out to be highly contested election. Incumbent Juan Manuel Santos was expected to coast to victory on the successes of peace talks aimed at ending the country's sixty-year civil war with the leftist FARC rebels. Just this week, the two sides came to a long-elusive agreement on drugs and drug trafficking. However, former Finance Minister Óscar Iván Zuluaga has skyrocketed in the polls, undoubtedly ensuring a mid-June runoff election. Zuluaga's ascent highlights an issue that isn't being widely discussed in the English-language media: the incredible influence that former President Álvaro Uribe has on this election. Zuluaga is Uribe's hand-picked candidate in this race, and has pledged to end the peace talks if elected. Uribe is himself famous for his refusal to negotiate with the rebels, preferring aggressive military policies like recruiting brutal rightwing paramilitaries. He left the presidency in the hands of his national defense minister Santos four years ago, and his influence continues to permeate Colombian politics. This tweet really says all there is to say about the his role in the upcoming elections, where every candidate is in some way connected to him: "I don't know whether to vote for Uribe's candidate [Zuluaga], Uribe's ex-candidate [Santos], Uribe's ex-minister [Marta Lucía Ramírez], Uribe's ex-mayor [Enrique Peñalosa] or Uribe's ex-girlfriend [Clara López]. Damn Uribe!"

How should a sex trafficking victim present if they're trying to draw attention to the horrors they experienced? Sobbing and "subaltern," in Katha Pollitt's words, or perhaps as a "highly-educated" reader of The New Inquiry? A tension has grown in response to Melissa Gira Grant's new book, Playing The Whore, which in Pollitt's words, "says barely a word about the women at the heart of this debate: those who are enslaved and coerced—illegal immigrants, young girls, runaways and throwaways." Instead, the book attempts to redeem sex work as simply work – which should offer basic protection to workers – by discussing the narratives of women who had positive experiences with it. Without passing judgement on sex work itself, I invite you to read about both sides of the debate on the presentation of trafficked persons: "Let’s be honest," Ecowhore writes, "[Pollitt] doesn’t care about my victim credentials, unless I present as a good, sobbing, opinionless victim she can use as trauma porn to promote her own ideas." Ouch! But, in truth, do the illegal immigrants, runaways, etc. have the kind of access and tools that would allow them to influence the debate, nevertheless their own presentation as trafficked persons?

The late Walter Karp (1934-1989) always noted that history is made not by trends but by the decisions of men and women. Nomi Prins’s new book All the Presidents’ Bankers—as well as her article in The Washington Spectator—follows this lens. What were the personal relationships and individual decisions that created the Federal Reserve, passed and repelled Glass-Steagall and removed the gold standard? Prins answers these questions while examining the intimate ties between bankers and the oval office, throughout the twentieth and twenty-first centuries. She calls it a “hereditary bipartisan political-finance power complex.” And by explaining this complex through the acts and relationships of individuals, Prins does well in demystifying recent world history.

Leetaru's analysis of the disjunction between Silicon Valley techies who know how to actually analyze rather than just compile data and the policymakers who have the background and authority to apply such analysis echoes the older disjunction between academia and policymaking, with some key differences. The academic world has rarely asserted itself with the same confidence now typical of believers in the ability of big data to answer almost anything—a trend that's now transforming academia itself (as well as journalism). I don't think policymakers were ever afraid of scholars taking their jobs in the way Leetaru asserts the intelligence community now fears computers. Of course, he may be exaggerating the potential of big data as a panacea, both in what it can answer and what we'd actually want it to—concerns are that the NSA's PRISM program is both ineffective and a violation of rights, after all.

"Delighted to welcome all the new Nigeria experts," tweeted author Teju Cole when the #bringbackourgirls campaign brought Boko Haram's abduction of over 200 schoolgirls in Chibok, Nigeria into international focus. His tweet holds a warning: much of the reporting and analysis that describes the group from a point of authority should be treated with skepticism. The more authoritative take is that there is not much we definitively know about the group, the result of a confluence of factors that include the difficulties of reaching and reporting from the sandy, isolated land that makes up BH territory, and the group's 2013 designation as a foreign terrorist organization by State, which prohibits contact with the group. But Chika Oduah contributes something more important in this piece, in which she travels, at great risk, to Chibok: context. As much as Boko Haram affects its environment, it is also its product. Small clues to its future pepper this piece, like the roving anti-BH vigilantes, comprised largely of former BH members, who joined during a once-enticing recruitment campaign.

Is our obsession with calorie counting as a way to lose weight seriously misguided? Two researchers, Ludwig and Friedman, have published an article in The Journal of the American Medical Association that suggests so. They say that we're not becoming fatter simply because we're eating more, but rather because we're eating the wrong things. The authors argue that by consuming more carbohydrates (as we have been increasingly doing for decades), our body produces too much insulin, which, among other factors, causes our bodies to store calories in fat cells; because these calories aren't accessible, we end up eating more, and pack on the pounds. While the authors suggest that more studies are needed to test their hypothesis, if they're right, our focus on cutting out fat, and sometimes replacing it with carbs instead, all the while solely focusing on reducing calories (rather than considering what those calories are made up of) may in fact be provoking an obesity epidemic, not helping to stem it. If carbs are the culprit, our individual eating habits, nutritional policy and companies' behaviors will have to radically change to reshape not just how much we eat, but what we eat.

Recently several articles have explored the reasons for our heavy-set existence (check out this one on toddlers' sleep and obesity). Ludwig and Friedman's suggestion—laid out in a fascinating, well-written and accessible manner in the NYT—could provide one more piece of the puzzle.

Each year, high-income countries spend $150 billion on development assistance. By custom, if not unacknowledged prejudice, very little of this takes the form of direct cash transfers to the poor. Conventional wisdom among donors and development professionals has it that giving money directly to the poor—without conditions or supervision—is bound to produce waste and dependency. But this attitude is giving way as new research emerges suggesting that “cash grants to the poor are as good as or better than many traditional forms of aid when it comes to reducing poverty.”

The authors, a political scientist and an economist who co-founded the charity Give Directly, argue that “Western officials and organizations are not the best judges of what poor people in developing countries need to make a better living; the poor people themselves are.” While they stipulate that direct cash transfers may not be applicable in all settings and at all times—you can, for example, imagine a cash recipient with immediate needs forgoing a vaccine—they rightly challenge donors to ask themselves: “With each dollar we spend, are we doing more good than the poor could do on their own with the same dollar?”

"On bell, Beyoncé, and Bullshit," by Brittney Cooper. Crunk Feminist Collective, May 20, 2014.

Venerable literary theorist bell hooks caused a minor stir when she labeled Beyoncé a "terrorist" in reference to the singer's image on the cover of Time Magazine's 100 Most Influential People issue. While most denounced hooks' remarks, a few voices criticized Beyoncé's defenders for not sufficiently understanding the singer's complicity with the worst aspects of American culture. In this piece from the Crunk Feminist Collective, the author pushes back against those who insist on a so-called radical critique, showing how this kind of theorizing can flatten people's humanity and reproduce an out-dated, misogynistic attitude. Along the way I think Cooper makes the most salient point by insisting that the words we use to talk about popular culture matter, and the violence that these words can enact.