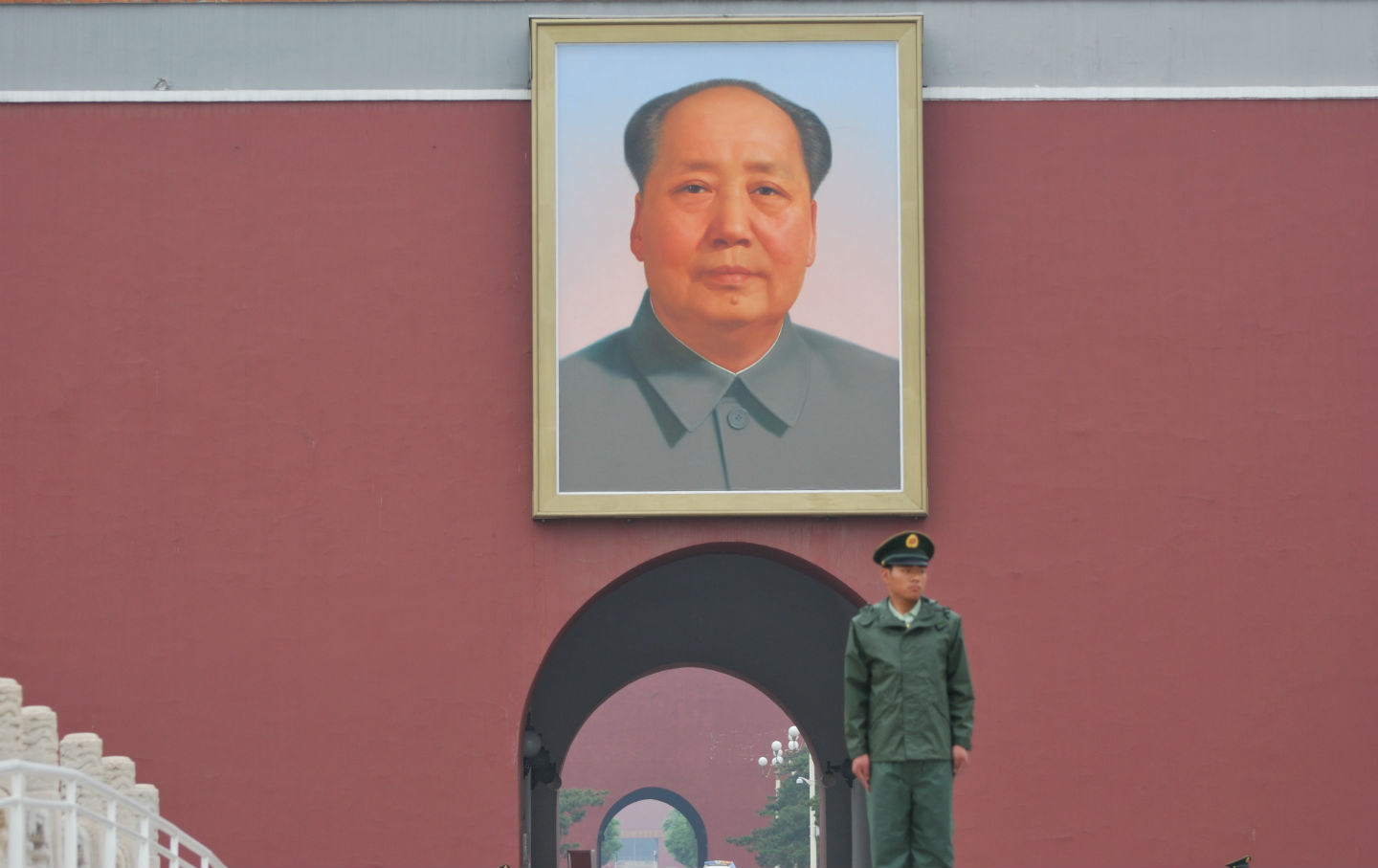 A guard stands in front of the Tiananmen Gate of the Forbidden City in Beijing. (Osrin/CC BY-NC 2.0)

“Vulnerable people have been materially supporting one another always…. I’m realizing more and more that keeping my phone on and picking up every single time might be the most radical thing I can do these days.” On creating support networks, looking out for each other, and friends who save your life.

Hilary Clinton campaigned in 2008 against a free-trade agreement with Colombia, citing the government’s troubling human rights record and history of intimidating trade unionists. But as secretary of state, she reversed her position, praised Colombia’s human rights record, and ignored the complaints of local labor activists. Some digging by IB Times’ Matthew Cunningham-Cook has now revealed that at “the same time that Clinton’s State Department was lauding Colombia’s human rights record, her family was forging a financial relationship with Pacific Rubiales, the sprawling Canadian petroleum company at the center of Colombia’s labor strife.”

My only encounter with “traditional Chinese medicine” is gua sha—a skin treatment that leaves you with bruises for weeks and awkward questions in the gym locker room. Who knew Mao Zedong was responsible for exporting this voluntary form of abuse abroad as propaganda to prey “on the human desire for magical solutions to intractable problems?” In 2013, the US Senate designated October 7-13 as Naturopathic Medicine Week, which indirectly celebrates the contributions of the Chairman, who, in fact, never believed in Chinese medicine in the first place.

In a tumultuous post-Arab-Spring era, women throughout the region are caught in proxy wars and subjected to the effects of political and social instability, which creates a situation where “women are unable to have their voice heard, exercise their basic rights, fight against discrimination and harassment or even be active participants in political and social spheres.” Alijla says that while equality laws do exist, “it’s only ink on paper,” and argues that the only viable solution is to initiate bottom-up reforms to ensure that regional progress in the advancement of women’s rights is not lost.

Since January, over 70 people of the Navajo First Nations community have been walking across the American Southwest to protest a fracking oil pipeline in New Mexico. The walk is being documented on social media, where they state: “Since the 1920’s, our land and people have been sacrificed for energy extraction for oil, gas, uranium, and coal, which is poisoning our land, water, air, and people.” This walk also commemorates the 150th anniversary of “The Long Walk,” where their ancestors were forced to walk at gunpoint for nearly three years to Bosque Redondo, where they were virtually all imprisoned.

Hillary Clinton has a lot of work to do if she’s going to convince voters that her newfound populism isn’t just empty rhetoric. It will be interesting to see how Clinton positions herself on the minimum wage or paid sick leave while still having to court her power base in Lower Manhattan.

Mari travels through the lifecycle of emotions encountered as an executive assistant, with anecdotes from those working for Sontag, Altman, and anonymous hedge fund billionaires. “The real expense of this work,” she notes, “is how much the boss—and the idea of the boss—occupies his assistants after hours.”

A new round of anti-police violence protests shocked cities across the country on Tuesday, including in Manhattan, Oakland, San Francisco, and Chicago. By The New York Times’ description, the New York protest was more disruptive than usual—and perhaps it was, but it’s also necessary to inquire why and to what effect. You will not read about what I saw coming off the train in Brooklyn: police officers suddenly ramming protesters onto the ground or into walls, as reported widely on social media.

“Real Delusions of an Unreal Disease: the History of Morgellons,” by Stassa Edwards. Jezebel, April 15, 2015.

When Joni Mitchell was rushed to the hospital last month, my best friend sent me a text and said she was calling in sick to work should anything happen to the legendary singer, whose music is our go-to consult for post-college angst and real-world-adult-woman struggles. In the weeks that followed, more came out about Mitchell’s self-diagnosed skin disease, Morgellons. In this piece detailing the history of Morgellons, Edwards assures us that while Mitchell’s pain might be very real, the disease itself is not.