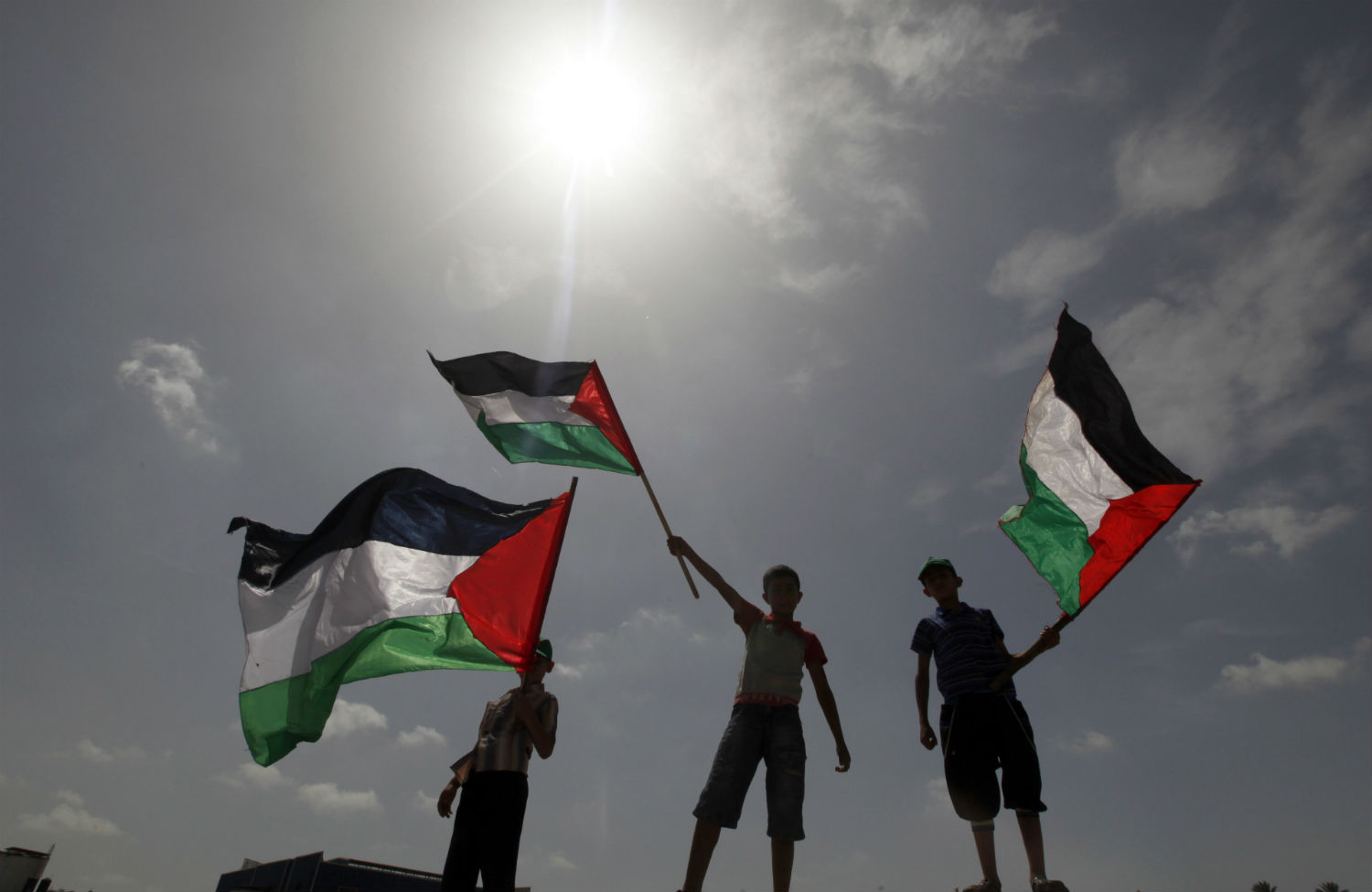 Nearly fourteen years ago, an international fact-finding commission led by former United States Senator George Mitchell was charged with identifying the causes of a then-raging Palestinian uprising against Israeli military occupation and determining how to end it. The al-Aqsa Intifada had been sparked six months earlier, in late September 2000, when Ariel Sharon, then the opposition leader, visited al-Aqsa Mosque in Jerusalem, accompanied by more than1,000 Israeli policemen. Sharon’s visit was widely interpreted as a symbolic assertion of Israel’s sovereignty over Jerusalem’s most holy sites. The following day, Israeli forces dispersed rock-throwing Palestinian protestors with lethal force, killing four, and the situation deteriorated rapidly from there.

More than a decade after the al-Aqsa Intifada subsided and thousands of miles from where it began, a jury of twelve New Yorkers found themselves in the unlikely position of reconsidering Israel’s interpretation of this period in a civil suit titled Sokolow v. PLO et. al. The suit was brought under the Anti-Terrorism Act (ATA) of 1991, which empowers American citizens suffering injury from international terrorism to file civil suits for damages in US federal court. The plaintiffs, consisting of ten families of US citizens wounded or killed in attacks, were represented by Shurat HaDin Israel Law Center and Kent Yalowitz of Arnold and Porter.

Shurat HaDin founder Nitsana Darshan-Leitner has claimed that “a judgment declaring that the Palestinian Authority sponsors terrorism or is involved in terrorism would make harder their efforts to become a state.” And the verdict may, indeed, wound the PA and the PLO. But if blunting the drive for Palestinian statehood is, in fact, an objective of Shurat HaDin, if not of the bereaved families, that will not be achieved by this verdict. What occurred during the al-Aqsa Intifada is no secret to the world, and the findings of a New York jury are not likely to overturn the perceptions of the international community regarding steps necessary to achieve Middle East peace.

It will, however, convince Palestinians that there is no justice to be expected from American courts. Lawsuits in this country against Israeli officials for bombings and killings of Palestinians have routinely been dismissed on grounds of sovereign immunity. However, as the United States is among the minority of nations in the world that do not recognize Palestine as a state (135 of 193 member states of the United Nations have recognized Palestine), we accord no such immunity to Palestinian officials.

Sokolow v. PLO plaintiffs brought forward evidence purporting to show that the PA and PLO financed and orchestrated the six attacks, and, by the estimate of courtroom observers, presented deeply compelling arguments of damages. The defendants did not try to deny the acts or the hideousness of the crimes but, instead, contested their liability, presenting testimony that the attackers were not under the command or control of either the PA or PLO. The defense also claimed that PA security capacity had been seriously degraded by Israel’s 2002 military foray into the West Bank that destroyed PA police stations, jails, and other assets, engendering chaos in the region.

The technical, dry and confusing picture of the PA’s relationships with other Palestinian groups and organizations—hampered by occasionally incompetent courtroom interpretation from Arabic—apparently failed to offset the emotional gravity of the plaintiffs’ damages testimony.

Judge Daniels reportedly strived to ensure as non-political a trial as possible, insisting that plaintiffs show PA and PLO officials’ direct involvement in supporting and executing specific attacks, not just sympathetic public pronouncements or visits to “martyrs” families. He also permitted defense witnesses to testify, for example, to the destruction of PA security facilities, but instructed lawyers to avoid eliciting testimony that Israel caused the destruction.

Overall, however, excluding the political context likely disfavored the defense more than the plaintiffs, as it cramped their ability to illustrate how decades of Israeli military occupation—replete with land confiscations, home demolitions, imprisonments without trial, banishments, torture, assassinations, restrictions on expression, association, freedom of movement and more—could drive individual Palestinians to attack Israelis via such horrific means, even without governmental sanction. It also prevented a full explanation of the contest within Palestinian society for political allegiances, as well as discussion of the ways the PA would jeopardize its legitimacy by openly opposing what some Palestinians saw as their only viable form of resistance.

Aside from the trial judge’s rulings, the ATA itself seemed to tilt the scales against the defense. For example, the act enabled the plaintiffs to enter convictions of Palestinians in Israeli military courts as evidence of their guilt of the charged acts. Yet, Israeli military courts have, for decades, been criticized for failing to meet international standards of justice. Despite a 1999 Israeli High Court judgment outlawing four forms of torture previously endorsed under Israeli law, credible allegations of torture of Palestinian detainees continue, according to the Public Committee Against Torture in Israel and other reputable human rights groups. Military law permits lengthy detention of Palestinian suspects without access to counsel, and convictions are commonly based on confessions in Hebrew, in which few Palestinians are fluent. Not surprisingly, the conviction rate in the Israeli military courts in one recent year was 99.74%.

PLO officials have already announced their intention to appeal the judgment. US District Court Judge George Daniels repeatedly rebuffed the defense’s challenges to jurisdiction, finding that the PA and PLO had sufficient contacts in the United States to justify trial here. However, the US District Court in Washington, DC, reached an opposite conclusion just a week ago, on February 15, in two similar claims against the PA. The DC court’s findings on jurisdiction seem more aligned with recent US Supreme Court cases that restrict access to federal courts for foreign claims to those in which the defendant organization is “at home” in the United States.

If the judgment fails to blunt the drive for Palestinian independence, it may, nonetheless, contribute to the collapse of the Palestinian Authority, which is already $4.8 billion in debt. If so, many Palestinians, ironically, may rejoice. The entity they once imagined would evolve into a Palestinian state has instead morphed into the “security subcontractor for the Israeli occupation” (that is the common phrase among Palestinians), whose success is measured by how fully it suppresses Palestinian resistance against Israeli settlers and occupying forces. Many Palestinians figure that if Israel persists in its illegal colonization of the West Bank, let it, at least, assume the costs, not Palestinians.

Yet, like other institutions that serve the interests of powers-that-be, the PA may be “too big to fail.” Recently, both Israeli generals and State Department spokesperson Jen Psaki have worried openly about the demise of the PA, which will be insolvent within weeks, even without Sokolow v. PLO. It remains to be seen whether cash alone will be sufficient to revive the moribund organization, or whether its function as a tool of Israel’s occupation has fatally undermined its legitimacy among Palestinians.

Meanwhile, the “lawfare” that is being waged by both Palestinians and Israelis against each other may be having some salutary effects, at least on the Palestinian side. Palestinian factions abandoned suicide bombings in 2008, and Hamas’s support for Palestine’s accession to the International Criminal Court and occasional admissions by its officials that “mistakes have been made,” speak of a possible reappraisal of the legality of Hamas tactics.

Israel, to the contrary, appears to be responding to mounting criticism of its illegal practices and the imminence of ICC investigation with bluster (“the IDF is the most moral army in the world”), threats (to force defunding of the ICC, for example) and more concerted public relations. So much was apparent during and after Operation Protective Edge that killed some 2,200 Palestinians, the majority civilians.

Nonetheless, let us not be shocked if Palestinians continue their pivot away from trust in American diplomacy, already evident in their decision to join the International Criminal Court against strong US objection. Extreme Israeli violence wins only applause, financial support and diplomatic protection from US officials, while Palestinian violence in resistance to Israeli colonization of the West Bank is automatically condemned. If Palestinians succeed in internationalizing their struggle, that will weaken the United States’ stifling and counterproductive stewardship over the peace process, which has seemingly functioned only to provide cover for Israel’s relentless colonization of Palestinian lands.

Perhaps there is a silver lining, after all.