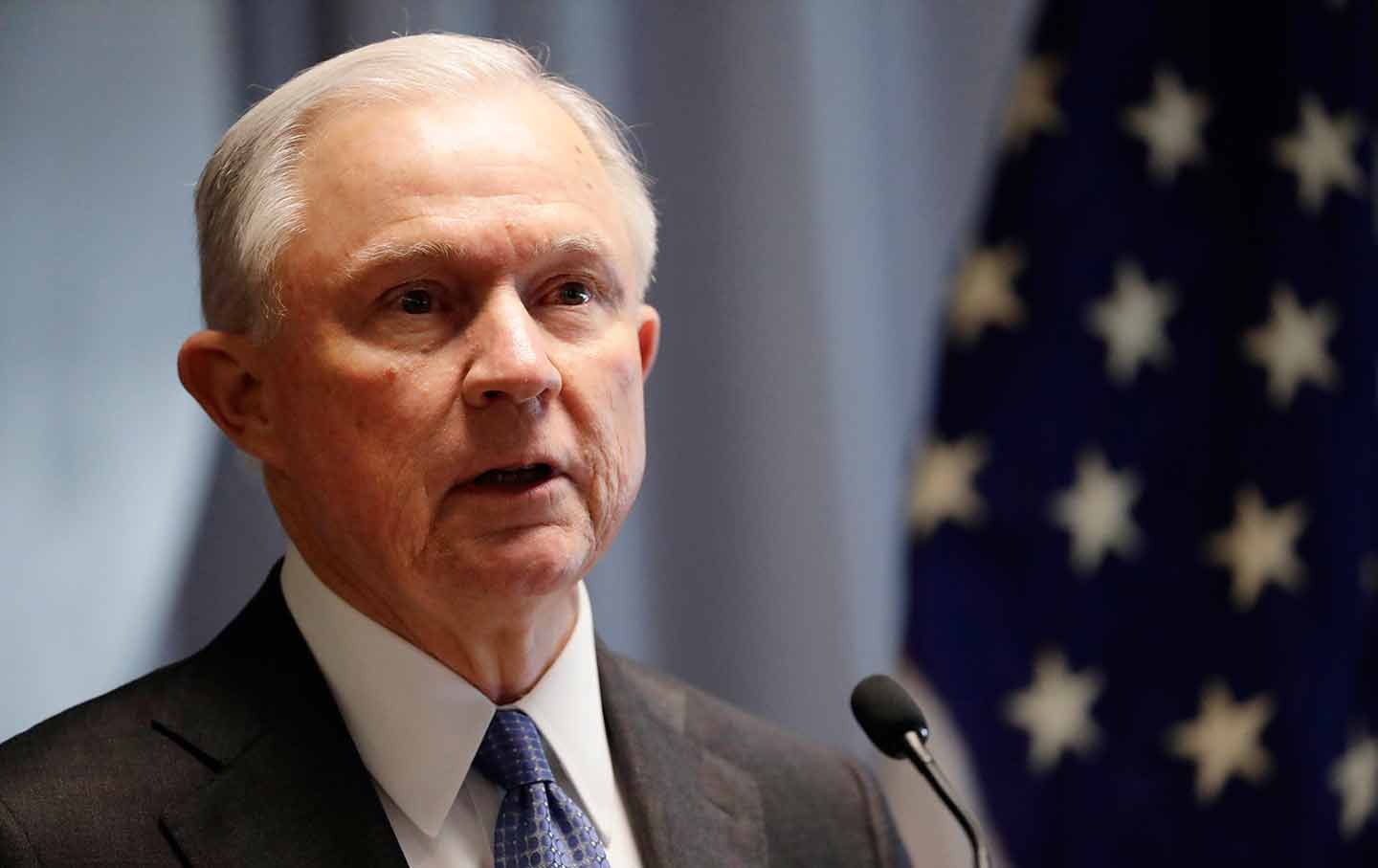 On Friday, Attorney General Jeff Sessions pulled the plug on policy changes implemented by the Department of Justice under President Obama that had begun to change America’s decades-long practice of keeping low-level criminals, like nonviolent drug offenders, languishing in prison. Sessions has directed prosecutors to return to strict sentencing and mandatory minimums, which could increase prison populations, and—in the midst of a national opioid epidemic—revive the unproven belief that punitive measures, instead of treatment, will solve drug addiction. And today’s memo will again have the criminal-justice system targeting poor black and Latino communities already devastated by the “war on drugs.”1

In his memo rolling back the Justice Department’s efforts to shrink the number of people in prison, Sessions wrote, “It is a core principle that prosecutors should charge and pursue the most serious readily provable offense.” That means telling prosecutors and judges everywhere to return to extreme measures like seeking 10 years minimum for street-level drug sales. The policy, he wrote “is moral, and just, and produces consistency.” But that’s exactly the problem: It is not moral or just, or effective. “Mandatory minimums, charging as much as you can, those tough sentences don’t work,” said Michael Collins, deputy director at the Drug Policy Alliance, an organization dedicated to promoting science-based drug policy. “They just exacerbate the problem, and it doesn’t stop drug use.”2

Research from the last 20 years shows that imposing mandatory minimums, particularly on nonviolent drug offenders, hasn’t had positive results: according to a report from the Vera Institute of Justice, incarceration has not been effective when it comes to reducing crime, and longer sentences haven’t reduced recidivism. “[Sessions] has no evidence to show that being harsher is effective or necessary or what prosecutors or judges want,” said Roy Austin, who served as deputy assistant to the president for the Office of Urban Affairs, Justice, and Opportunity at the White House under Obama. “Our prisons don’t rehabilitate, or they do a very bad job at rehabilitating. Why are you locking someone up for 10 years with substandard programming thinking they’re going to be a better person?”3

After Eric Holder issued the memo revising sentencing guidelines and curbing the use of mandatory minimums in 2013, the federal prison population decreased, but federal prisons account for a only small fraction of the total prison population. States, meanwhile, have also been moving away from mandatory minimums; since 2000, at least 29 states have done so, though there has not been enough research to determine what impact such changes have been on incarceration numbers nationwide.4

Austin says that changes resulting from Holder’s 2013 memo produced no negative impact. So why go back?5

In March, Jeff Sessions said in a speech to law-enforcement officials, “Our nation needs to say clearly once again that using drugs is bad.” He added, “It will destroy your life.” He, like many other politicians and public officials, believe that draconian drug policies will reduce crime and rehabilitate drug users. In reality, such policies have exploded prison populations, and they have targeted black and Latino communities. The Drug Policy Alliance found that nonviolent drug law offenders made up 50,000 of the prison population in 1980 to over 400,000 by 1997. Today there are more than 430,000 people sitting in state and federal prisons for all drug offenses.6

Harsh sentencing for drug offenses started with President Richard Nixon. Nixon objected to drugs on moral grounds, calling drug abuse “public enemy No. 1” and declaring a “war on drugs” in 1971. It was a move that carried with it the convenient idea that drug users were criminal and that drug use was to blame for rampant urban crime. This idea appealed to the “silent majority,” white voters who latched onto the idea that drug addiction should be dealt with as a crime, rather than a public-health issue. A massive increase in public spending on incarceration and law enforcement followed.7

In 1986, President Ronald Reagan signed the Anti-Drug Abuse Act, which devoted $1.7 billion to the war on drugs and created mandatory minimum sentences for drug offenses. Individuals convicted for crack possession were given longer sentences than those who were convicted for cocaine use, a policy that disproportionately impacted poorer communities of color. In his book High Price, Columbia University professor Carl Hart argues that crack use followed, rather than precipitated, unemployment in the black community. “High unemployment rates were indeed correlated with increases in crack cocaine use,” he wrote, “but what’s not well known is that they preceded cocaine use, rather than followed it.” In other words, crack wasn’t the reason black people in America were losing their jobs, their jobs were already disappearing. Hart later wrote, “Unfortunately, many people—both blacks and whites—fell for the idea that crack cocaine was the key cause of our problems and that more prisons and longer sentences would help solve them.” In fact, Hart writes, “while crack has been seen as a largely black problem, whites are actually more likely to use the drug, according to national statistics.” 8

So, the “war on drugs” gave us a larger prison prison population, made a moral argument for locking up low-level drug offenders, and specifically targeted black and brown people. And instead of continuing on with the approach that Obama’s Justice Department put forth, one that sought to reduce prison populations and move away from racial targeting, Sessions is bringing it back.9

There is also an economic argument to be made against Sessions’s recommendations. Returning to mandatory minimums, Austin says, means pouring more money into the Bureau of Prisons, a subdivision of the Department of Justice, to deal with overcrowded prisons. It means more private prisons. And, as more public funds are spent on incarceration, cuts to programs aimed at reducing recidivism are likely to follow. Says Jeff Robinson, director of the Trone Center for Justice Equality at the ACLU, “It’s the most transparently illogical and unintelligent approach to criminal justice.”10

Editor’s Note: This piece initially referred incorrectly to Roy Austin’s position. He was the deputy assistant to the president for the Office of Urban Affairs, Justice, and Opportunity at the White House, not at the Justice Department.