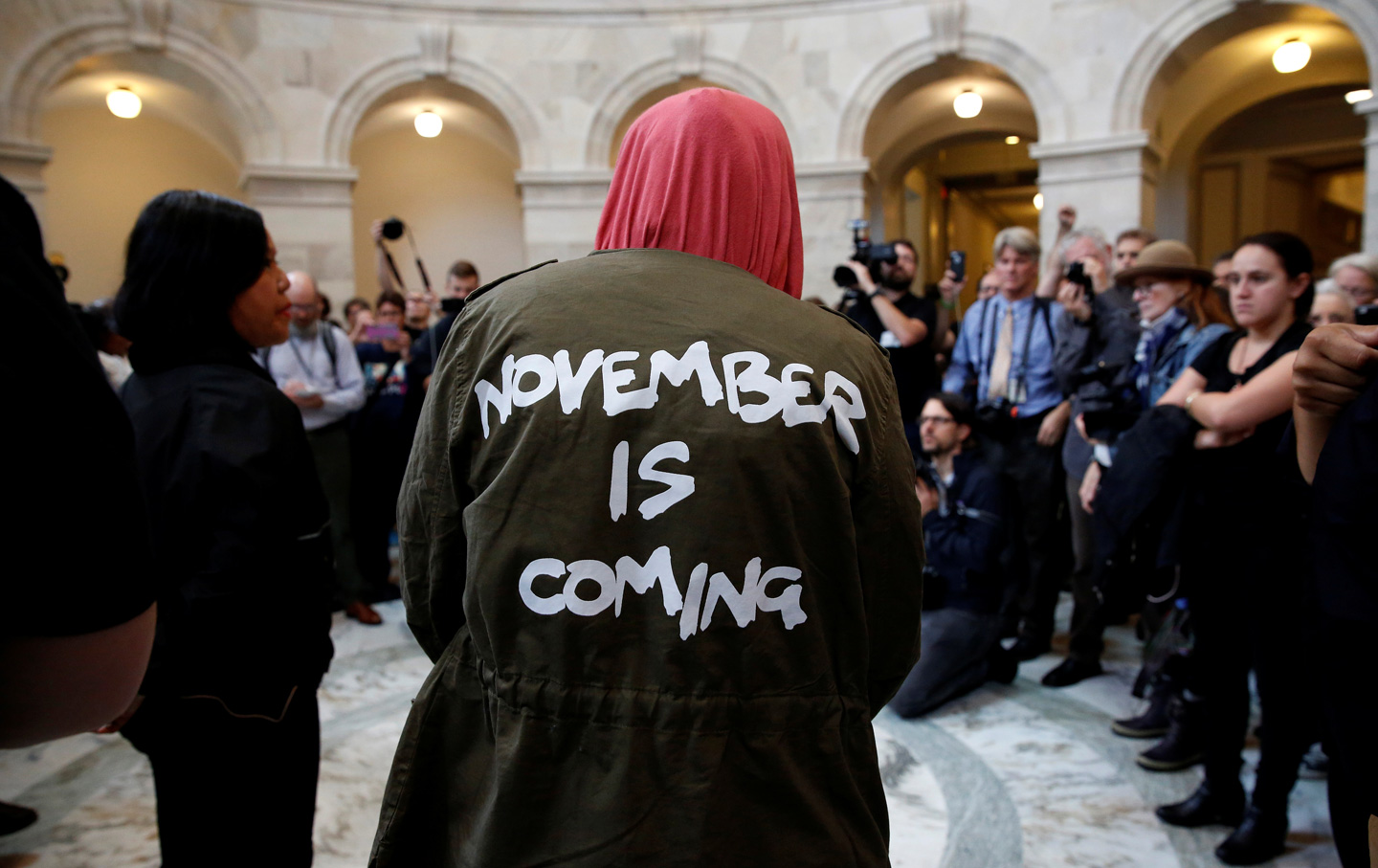 A demonstrator protests the nomination of Justice Brett Kavanaugh to the Supreme Court on September 24, 2018. (Reuters / Joshua Roberts)

The Kavanaugh fight was a painful loss. We saw the legitimate concerns of survivors of sexual violence swept aside so that a far-right partisan could take a crucial Supreme Court seat. Folks are furious and exhausted from the psychic toll of the last few weeks, but there is no loss that can’t be overcome if we keep fighting. As the old labor slogan goes: Don’t mourn, organize.

Right now, we must channel every bit of energy on winning the midterms. If we win a big, broad victory on Election Day, we will have some power to hold the Republicans accountable. But right now, less than 30 days out, we need to take the passion and energy from the Kavanaugh fight, and refocus it on winning the election. We need to keep speaking out strongly for the rights of women, but we also need to have a message that gets back to the basic issues and themes that were winning so decisively just a couple of weeks ago.

Republicans are master manipulators, brilliant at using fear and lies to distract swing voters, and to motivate their angry, white-male base to vote. They are having an impact using those tactics, although they probably would have gotten their Trump-loving base voters to turn out regardless of the Kavanaugh fight. The question now is what the Democrats focus on to motivate their own base voters to turn out, and to appeal to undecided swing voters.

Democrats will win if (and only if) they do the following in the 2018 elections:

We have less than a month to go before Election Day. Democrats and progressives have had the edge in this election from the beginning of Trump’s presidency—not only because he is a terrible person, but also because the issues are on our side and our activists are fired up. We must be relentless in focusing that fury on voter turnout and persuasion. November is coming.