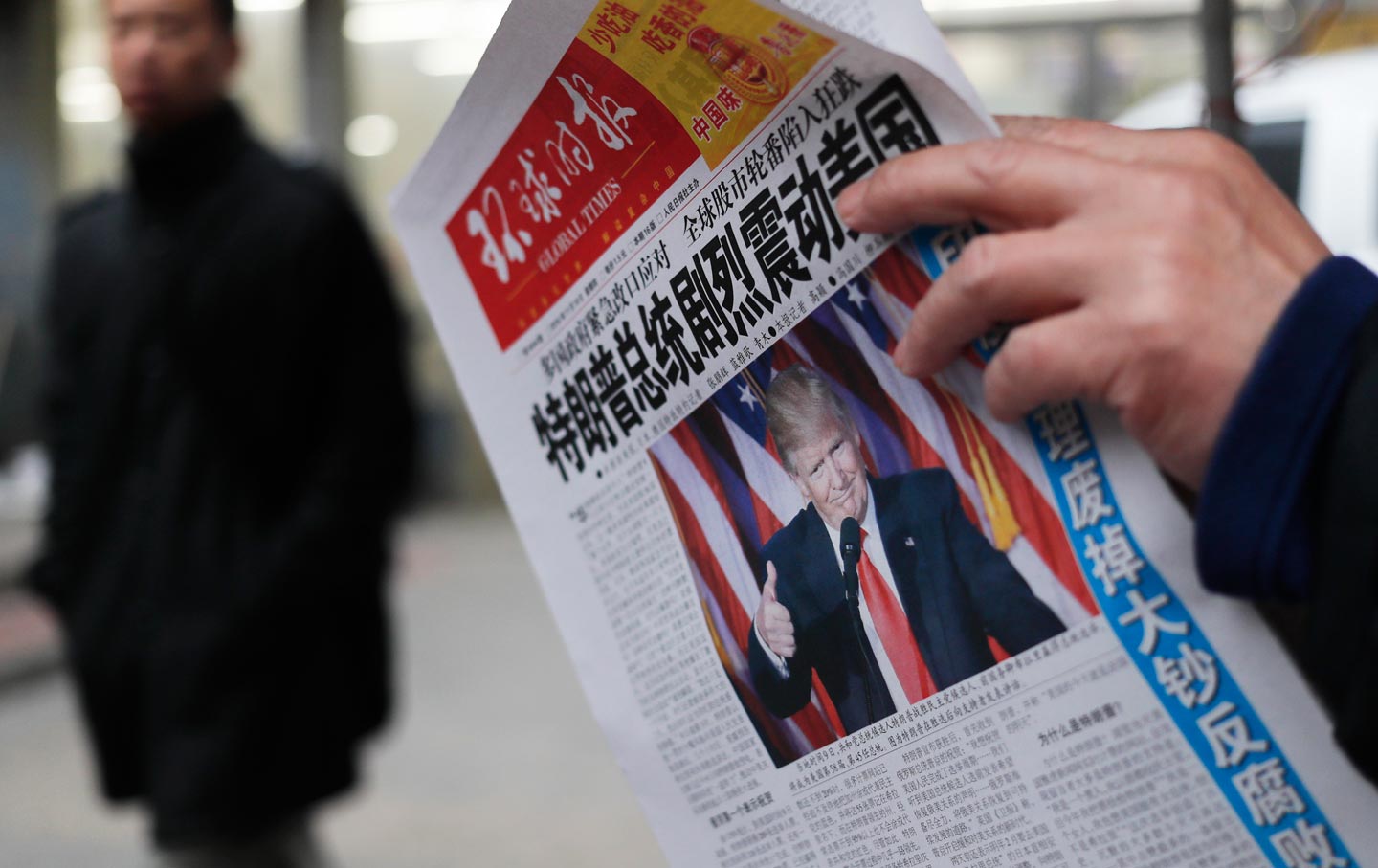 When President-elect Trump took a phone call from Tsai Ing-Wen, the president of Taiwan, it seemed a gaffe confirming our worst fears: Here came precisely the impulsive egomaniac we had energetically opposed as temperamentally unfit to be our president. According to an article that appeared in The Atlantic shortly after the call, Evan Medeiros, former Asia director at the White House National Security Council, said “The Chinese leadership will see this as a highly provocative action, of historic proportions…. With this kind of move, Trump is setting a foundation of enduring mistrust and strategic competition for U.S.-China relations.” And Connecticut’s Democratic Senator Chris Murphy was quoted as saying “That’s how wars start.”

This master of misdirection who is able to change the subject from a $25 million settlement for defrauding the victims of Trump University to his bogus dispute with the cast of the Broadway show Hamilton, this man who has little respect for truth and science and none for consistency of position is soon to be the guy with the finger on the nuclear button, and out of the box he, what, picks a fight with the other nuclear superpower on their core foreign-policy issue?

In 1979, as part of President Jimmy Carter’s One China deal, we had reestablished diplomatic relations with the Peoples Republic and withdrawn recognition of Taiwan. Beijing became our counterparty in what is often called the world’s most important bilateral relationship. The patience of the Chinese government regarding their objective of reuniting this island of 22 million people with the mainland has waxed and waned with our Taiwan arms sales and the rhetoric of various Taiwan governments over the years. But the one thing China will not abide is any suggestion that this haven for their former enemies could in any way speak for the Chinese nation.

So the fears of sinologists and others who monitor these matters that Trump was on a path to undermining the decades-long work of Republican and Democratic administrations in integrating China as a stakeholder in the international order were well founded. But, as it happens, Beijing took a calmer, more measured, position than might have been expected. China’s Foreign Ministry lodged a “solemn representation” and blamed the Taiwan government for “a shenanigan.” And then, pouring oil on the waters he himself had troubled, Trump proceeded to name Iowa Governor Terry Branstad, a man the Chinese quickly labelled an “old friend,” as our next ambassador to China.

It is tempting, based on some of his deplorable initial appointments to senior administration positions, such as Flynn, Bannon, and Sessions, to label as a disaster everything this about-to-become-God-help-us-president of the United States does. But it is far from clear that it was a bad move for Trump to have taken that call from Taiwan. Initially, it seemed as if the call was impulsive, but as the facts emerged, it appeared to have been well planned.


What Trump accomplished with that one act was to remind the Chinese that he is the dealer in a new poker game… and that there is a new chip on the board. One can only hope he understands that, having made the point, he must now be careful to respect the reality that Xi Jinping and other leaders of the Chinese Communist Party cannot tolerate a public loss of face. The fact that our country could project enough power into the South China Sea to overwhelm China in a conventional hot conflict would be scant consolation in the event of escalation.

If Trump plays with the possibility of revisiting the 37-year-old diminution of Taiwan’s status, one hopes he will appreciate that the contradictions the Communist Party is addressing on the mainland are creating potentially volatile issues for the leadership. A weakening economy with a huge debt overhang, an anti-corruption campaign still firing on all cylinders, and a growing clampdown on domestic civil society could militate in favor of welcoming a foreign conflict.

But, in principle, it is possible to see a new emerging modus vivendi with China that would ratify some presence for them in Asian waters while reaffirming a mutual commitment to freedom of the seas. It is conceivable that a dialogue with the new Trump administration could reduce the already considerable risk of a naval conflict that the Obama administration has been managing. Trump had already signaled an intention to move the United States toward a more nationalist, less Beijing-friendly economic policy, and the creation of the Taiwan chip underscores for the Xi regime that a mandatory reset is in the works.

So, for progressives, the lesson here should be that what is needed now is more of The Nation’s approach: Scrutinize, don’t normalize. Don’t accept the Trump administration as the new normal. But if we jump on every Trump action as a screw-up, we just waste firepower. The job now is to follow very closely his decisions and call them out for what they are. This does not mean we wait for a nuclear war, an actual end to environmental protection, or the registration of our fellow citizens based on their religion. But it does mean a studied ranking of the battles we are going to wage as opposed to shooting from the hip.