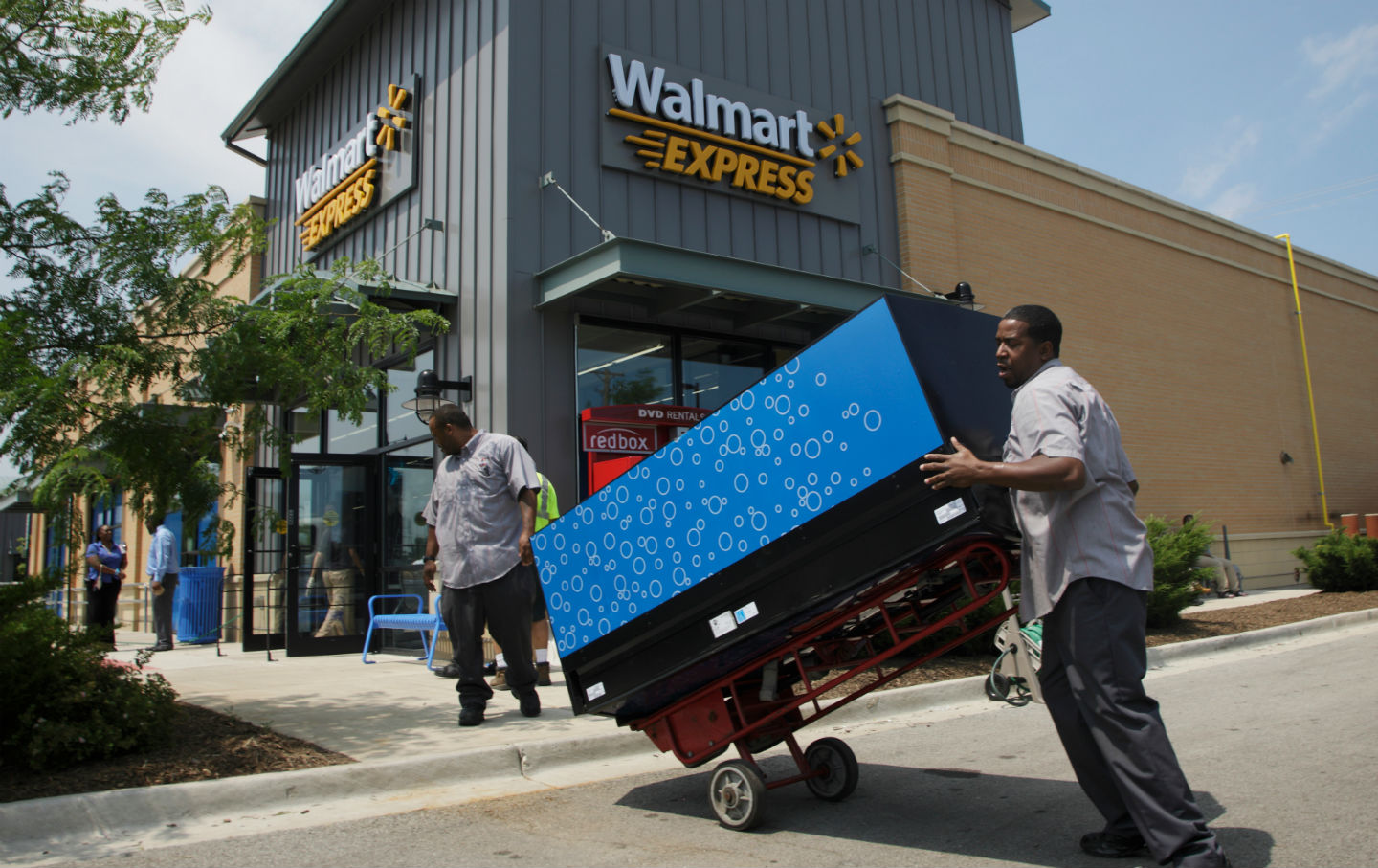 Walmart has long been known for both its rock-bottom prices and its rock-bottom pay. So the company created some real waves when it announced earlier this year that it planned to raise its starting wages to $9 an hour by April and $10 an hour by February of next year.

Part of the motivation, the company said at the time, was to improve retention, which would eventually pay off in higher sales as customers get a better experience (and more goods make it to shelves). That’s what made it an investment: the company hopes to reap the benefits of a better workforce sometime in the future. “Won’t happen immediately, but it will happen,” CEO Doug McMillon told CNBC at the time. A few months later, it reported that it had already reduced turnover.

But it also just released its financial results forecasting a drop in annual profit in the near term, in part because of the higher share it’ll be spending on wages. The news sent the company’s stock into the biggest tumble in 15 years. That has led a number of commentators to desperately warn that Walmart has become a foreboding sign of the destruction to come if the minimum wage were increased from its current level of $7.25 an hour. Increase the wage, they cry, and the costs will be too high; companies will simply close up shop.

The predictions of gloom, though, miss the point.

One reason to raise the minimum wage is because wage growth has been stagnant for decades. Another way of saying that is that although corporate profits are growing at a healthy rate—thanks in part to workers’ growing productivity—companies aren’t sharing that good fortune with their employees like they used to. It used to be that more money in corporate coffers meant more investment in things like workers’ pay. Instead, today most of it goes to shareholders and investors through stock buybacks and dividends. Those payouts ate up 91 percent of their earnings between 2003 and 2012, leaving just 9 percent to be shared between workers, equipment, research, and other investments.

A higher minimum wage is one tool the government can use to push companies toward sharing more of their gains with their employees. This is not to say that an increase should bankrupt them by forcing them to fork everything over. But Walmart is a highly profitable company and can easily afford to give a little to its employees. It made $15 billion in profit last year and has made $16 billion so far this year. A $10 wage is not going to topple it.

This kind of sharing also, of course, will probably pay off for many companies, at least in the long term. While raising wages, employers can realize savings through reduced turnover, increased performance, higher prices, and greater economic demand to cover the costs. This means that economists believe that even in the low-pay, thin-margin fast-food industry, employers could absorb a $15 minimum wage without having to resort to laying people off. All in all, there is very little evidence that higher minimum wages lead to job losses.

Companies’ savings are not always immediate, however. And that’s where Walmart is really getting in trouble. The predictions of doom are not based on the company’s fundamental financials—the company will remain profitable, after all—but on a declining stock price. Yet the stock market doesn’t take the long-term into account very well. It doesn’t measure the real economy. It is not a useful barometer of whether a policy is working or not.

A useful measure of a higher minimum wage is this: Does it hurt employment? Does it increase income? Do employers see long-term benefits? And do we start seeing a greater slice of economic growth going toward the people who are helping to generate it?

What’s clear right now is that the link between a growing economy and larger paychecks has been severed. This problem stands to undermine our entire consumer economy. A higher minimum wage is one—and one relatively minor—way to start rebalancing the equation.