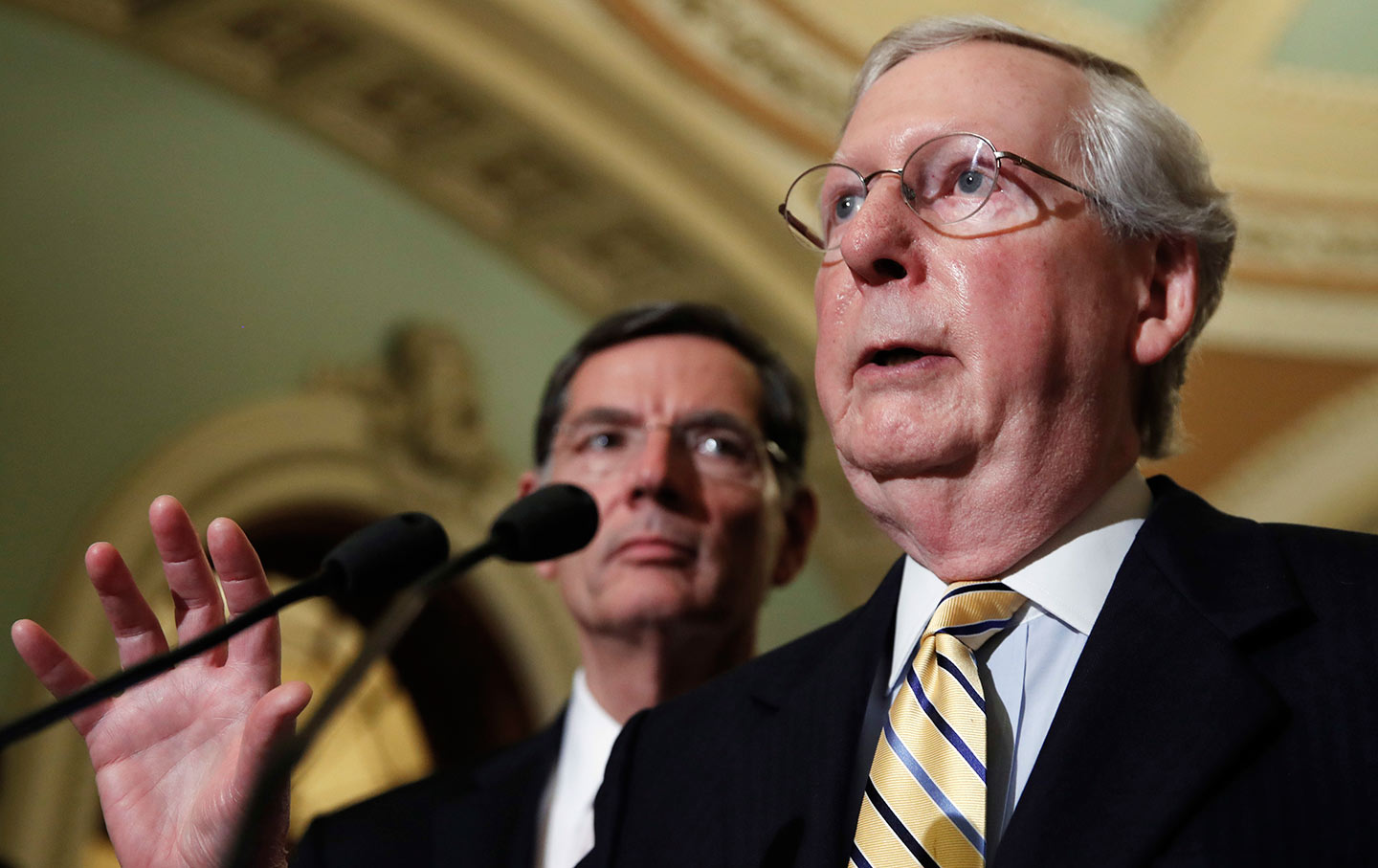 A majority of working Americans have zero retirement savings. The three richest Americans hold more wealth than the bottom 50 percent of the country—some 160 million Americans. So Senate majority leader Mitch McConnell (R-KY), having pushed through a trillion-dollar tax cut that lards its benefits on the richest Americans, announces he wants to cut Social Security, Medicare, and Medicaid, and make another run at repealing the Affordable Care Act.

He said this not in English, of course, but in politicalese. He noted that the rising budget deficit is “disturbing” and that “entitlement programs” were “the real drivers of the debt” and must be adjusted “to the demographics of the future.” That is Beltway code for cutting Social Security, Medicare, and Medicaid. He also promised to try again to repeal the ACA, calling the failure to achieve that “the one disappointment of this Congress.” Cuts in “entitlements,” he suggested, must be done in a bipartisan fashion, while ACA repeal is a partisan Republican fixation. If Democrats take the House, he will push for cuts in Social Security. If Republicans retain control, they will try to repeal Obamacare again.

Under President Trump and the Republican-led Congress, the deficit has exploded. The Congressional Budget Office projects it at $793 billion for the fiscal year that just ended (and headed to surpass $1 trillion), noting its rise was due to “recently enacted legislative changes.” especially the 2017 tax cuts.