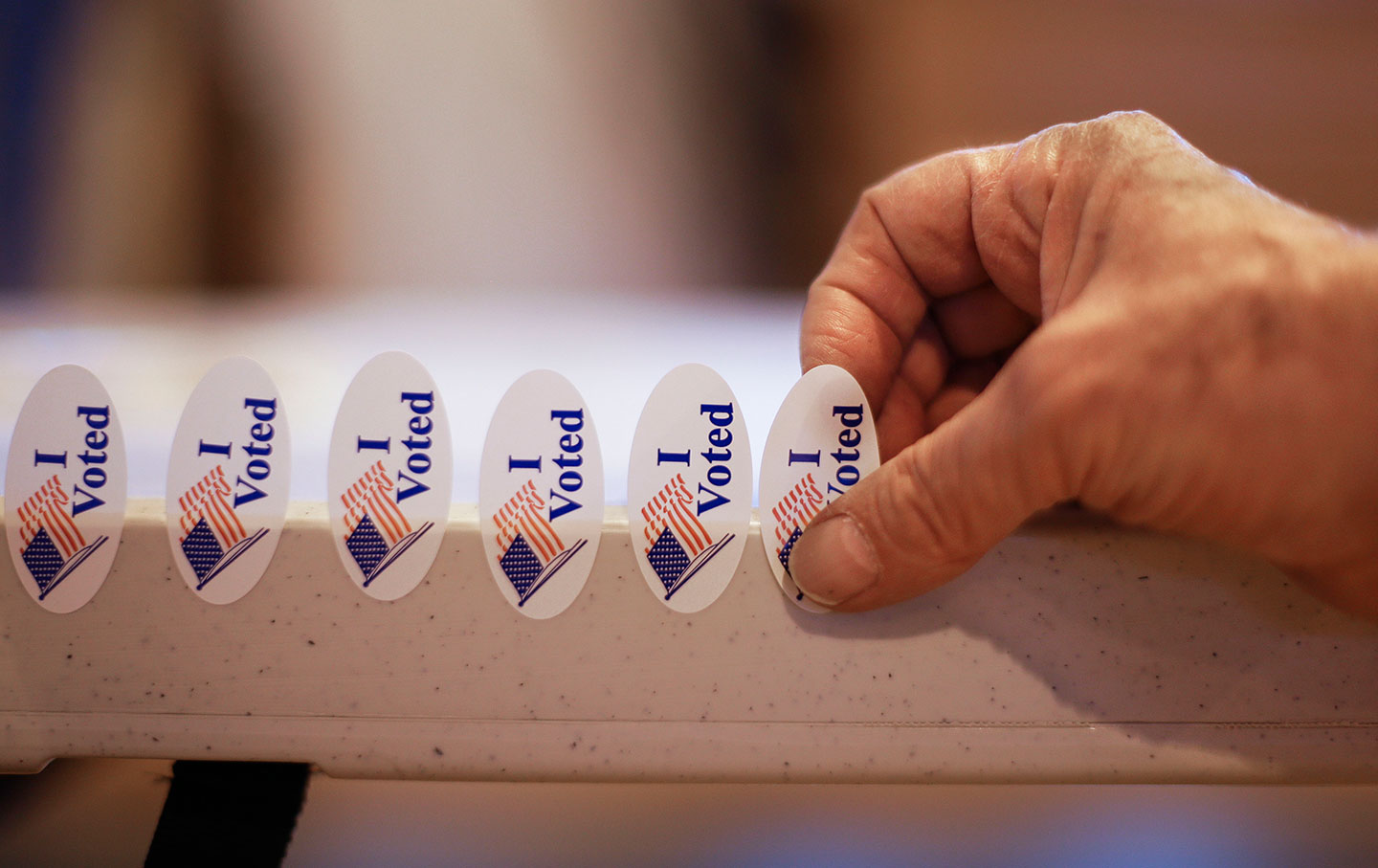 Two sets of facts tell the story of the 2018 midterm election.

First: A preliminary review puts nationwide turnout at 49.2 percent. That’s the highest level of participation in a midterm election since 1914. That’s also a dramatic upturn in turnout from 2014, when Republicans experienced a “wave” election that gave them control of the US Senate, the US House of Representatives, and statehouses across the country. Four years ago, in what outgoing Speaker of the House Paul Ryan hailed as a great year for the GOP, turnout had fallen to just 36.4 percent.

Second: The 2018 election saw a Democratic “wave” hit. The party swept US Senate contests nationwide, winning 22 of the 34 contests that have been decided so far. Two more seats went to independents who caucus with the Democrats, while the Republicans won just 10 seats. (Democrats took two Republican seats in Arizona and Nevada, while Republicans flipped seats in North Dakota, Missouri, and Indiana. A Mississippi runoff for a Republican-held seat will be decided November 27.) In the US House, Democrats had flipped at least 37 seats—the most since the Watergate election of 1974—and have the potential to increase that number to 40 or more as the counting continues. Democrats also took seven governorships that had been held by the Republicans. And they flipped more than 335 state legislative seats in an election that saw the party gain control of at least eight new legislative chambers.

These two sets of facts point to a conclusion: When turnout spikes, Democrats win.

The states with the highest turnouts saw Democrats scoring big wins in key contests. Take Wisconsin, a top-five turnout state, where 61.2 percent of the “voting eligible population” cast ballots. Despite years of efforts by Governor Scott Walker and his Republican allies to make it harder to vote—with restrictive “voter ID” legislation, limits on early voting, meddling with absentee voting, and changes in polling-place rules—Wisconsin experienced a turnout boost in 2018.

The Milwaukee Journal Sentinel made the connection with its post-election headline: “The Scott Walker era of GOP dominance in Wisconsin ends with the election of Tony Evers amid massive midterm turnout.”

Evers, the state’s superintendent of public instruction, offered to work with the Republicans  who, because of extreme gerrymandering, retained control of the state legislature. That offer has been met with a sustained temper tantrum on the part of Walker’s legislative allies. Assembly Speaker Robin Vos, who slavishly did Walker’s bidding for almost eight years, greeted the news of his mentor’s defeat by announcing that Republicans were suddenly interested in limiting the power of the governorship.

That was just the first example of blatant partisan hackery.

Walker and his Republican allies have benefited tremendously over the past eight years from conservative control of the state Supreme Court. But progressives won a key statewide court race in the spring of 2018 and they could win another in the spring of 2019. If that happens, then the fight for control of the high court will play out on April 7, 2020—the same day as what’s expected to be high-turnout presidential-primary voting in the state.

Wisconsin has a long history of holding Supreme Court elections at the same time as Democratic and Republican presidential primaries.

That was the case in 1980, when Ronald Reagan won the Republican presidential primary and Justice Donald Steinmetz prevailed in one of the closest court races in Wisconsin history. That was the case in 2000, when George W. Bush won a big Republican primary victory as conservative Justice Diane Sykes, a favorite of then–State Representative Scott Walker, defeated challenger Louis Butler. And that was the case in 2016, when Texas Senator Ted Cruz defeated Donald Trump, as conservative Rebecca Bradley, an appointee of Governor Walker, was narrowly elected to a full term.

Now, however, Walker and his partisan cronies are talking about using a lame-duck session of the legislature to restructure the 2020 spring election cycle. Why? Walker’s appointee to the high court, Daniel Kelly, is an uninspired jurist and an untested statewide contender, who must seek a full term in 2020. Walker and his legislative henchmen fear that a blue wave of Democratic primary voters—inspired by a nomination fight that could include Vermont Senator Bernie Sanders and Massachusetts Senator Elizabeth Warren—might reject Kelly.

The Walker machine could respond by running a better candidate. They could even suggest that Kelly up his game.

Or they could rewrite the rules in a way that would lower turnout for the Supreme Court contest.

Guess which option they are considering? According to the Journal Sentinel, “Legislative leaders have been discussing moving the April 2020 [presidential] primary, possibly to March.”

Walker, who serves until January, is making arguments for the change. “I always thought it odd that [candidates] seeking nonpartisan office were on the ballot the same time as there were partisan elections,” he says. “It just seemed a disconnect to that.”

Wisconsinites will be excused if they do not believe Walker when he says he has “always” thought the state should reorganize spring elections. After all, he was a powerful governor with solid legislative majorities before the 2016 Supreme Court election, which coincided with that year’s presidential primaries. Yet he failed to decouple the elections.

The move Walker and his wrecking crew are pondering would cost taxpayers millions of dollars. But it would also cut turnout for Wisconsin’s April 2020 Supreme Court race. And that, of course, is the point. High-turnout elections attract voters Walker and his cronies would prefer to keep away from the polling places.