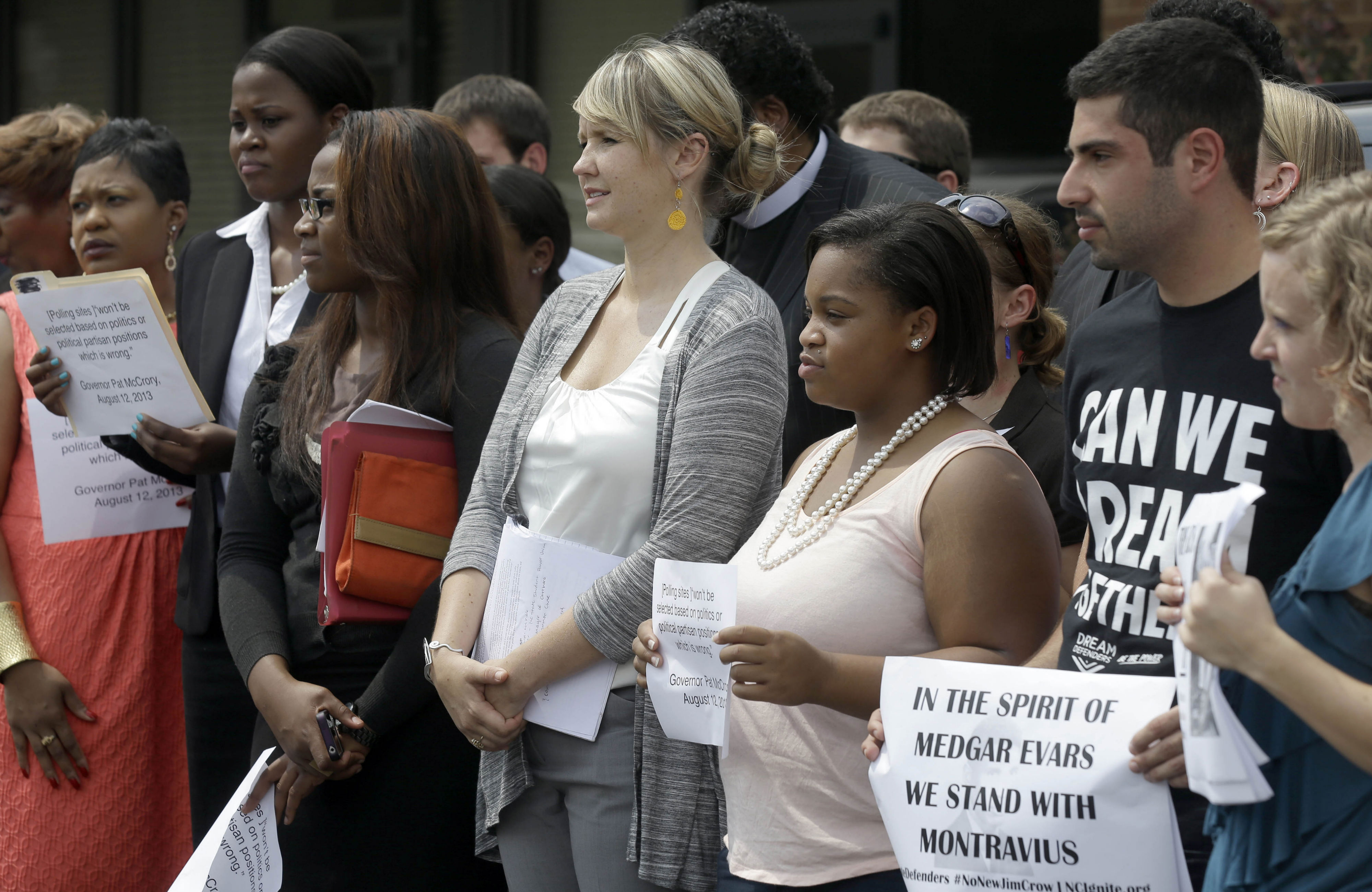 The GOP-controlled board of elections in Pasquotank County voted to prevent a student at a historically black college from running for city council where he attended school. The GOP-controlled board of election in Watauga County shut down an early voting site at Appalachian State University in Boone and placed the general election polling place at a campus nightclub instead of the student union.

Both of these moves backfired badly on the North Carolina GOP in the 2013 local elections.

The North Carolina state board of election ruled that Montravias King, a senior at Elizabeth City State University could indeed run for the city council where he attended school, which he said was his primary residence. On October 9, King was elected to the Elizabeth City city council, winning the most votes of any candidate. He’s now the youngest elected official in the state.

In Boone, Democrats swept races for mayor and three city council seats on Tuesday. Voter turnout increased compared to municipal elections in 2009. “This result in some ways speaks to the visceral reaction people have when you try to take people’s voting rights away,” said new Mayor Andy Ball, a former ASU student. Boone Democrats said the Republicans they canvassed were equally unhappy with the board of election’s decisions and didn’t turn out as a result.

These local elections had far more exposure because of GOP attempts to restrict student voting than they otherwise would have. Rachel Maddow broadcast from North Carolina. The national media, yours truly included, closely followed the story. Like we saw in 2012, voters don’t like it when you try to limit their voting rights.

(It’s worth noting that the new restrictions passed by the North Carolina legislature this year don’t go into effect until 2014 for most provisions and 2016 for voter ID.)

The news on voting rights was much worse in Texas, where voters experienced many problems with the new voter ID law.

The disastrous ramifications of the Supreme Court’s decision striking down Section 4 of the Voting Rights Act are also being felt in more subtle ways at the local level. In Pasadena, Texas—a city of 150,000 near Houston where Hispanics make up a third of the vote—voters on Tuesday approved by eighty-seven votes an amendment changing how districts are allocated in the city. As SCOTUSblog reported, there were previously eight city council districts in Pasadena. But the amendment narrowly adopted by voters shrunk the number of districts to six, eliminating two predominantly Hispanic districts, while creating two “at-large” seats that will be decided by the town’s white majority. It’s the type of discriminatory voting change that would’ve likely been blocked by Section 5 of the VRA, but will now go into effect. “The Justice Department can no longer tell us what to do,” said Pasadena Mayor Johnny Isbell.

The same type of thing happened recently in Beaumont, Texas, where white conservatives gained control of a previously black-majority school board.

For many years, states like Texas used devices like at-large elections to prevent blacks and Hispanics from holding office. Litigation under the VRA invalidated many of these discriminatory districts. Now things are once again headed the other way.