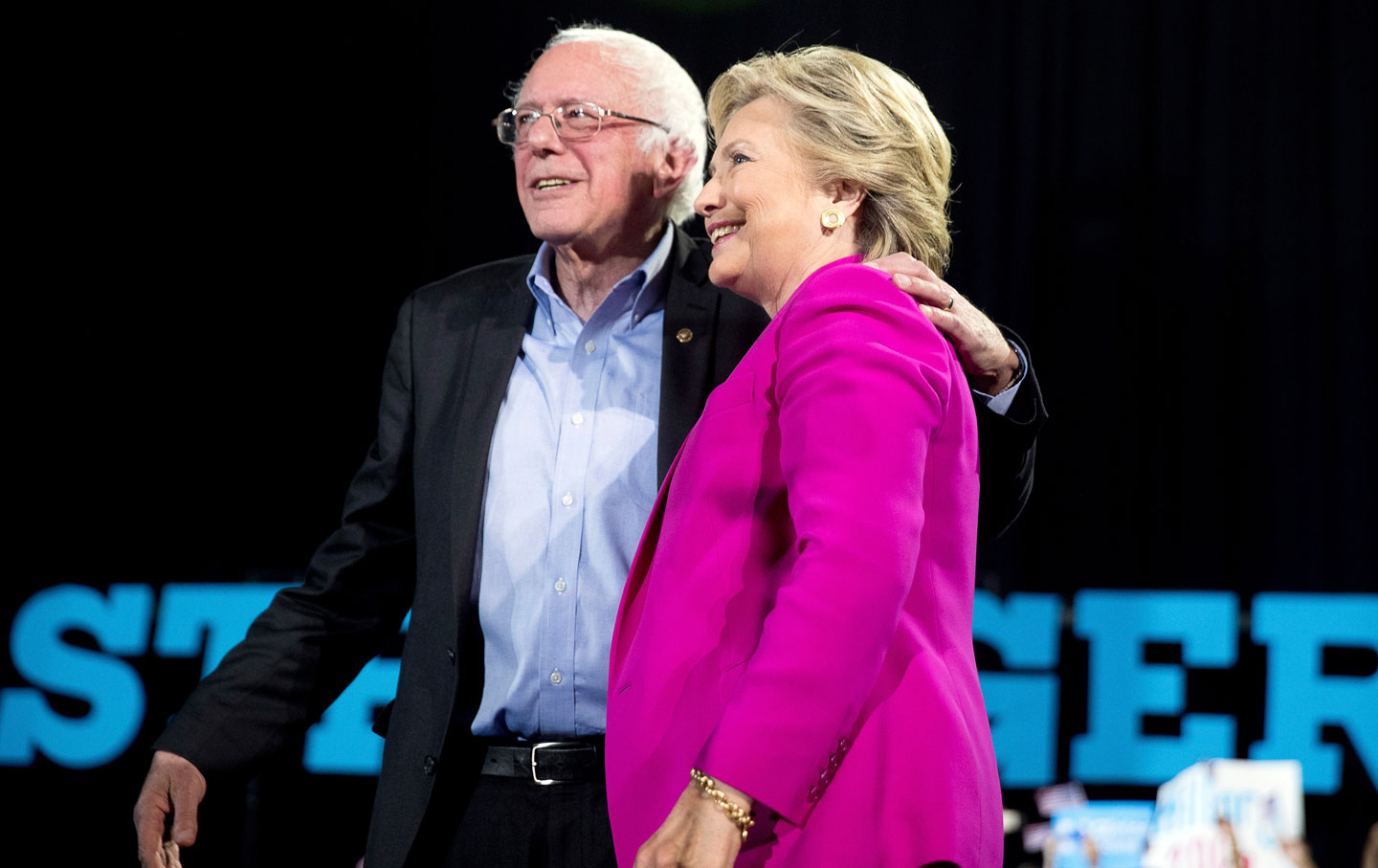 Hillary Clinton and Bernie Sanders appear on stage together at a rally in Raleigh, North Carolina on November 3, 2016. (AP Photo / Andrew Harnik)

This is an unusually satisfying editorial to write. Stay with me.

When The Nation endorsed Hillary Clinton for president last month, we argued that “a substantial victory by her in November is essential to advance the progressive issues we have long championed.”

Here in the magazine’s home state of New York, we have a special opportunity to cast our votes not just for a presidential candidate, but for a party. I speak, of course, of the Working Families Party.

When New Yorkers vote for Secretary Clinton on the Working Families Party line (Row E), it counts the same as a vote on the Democratic line. But it also carries a little extra punch. It says that you want to elect Clinton and defeat Trump, and it also says that you support the state’s most important progressive political organization: the WFP.

Since its founding in 1998, the Working Families Party has been laser-focused in pushing New York politics (and the Democratic Party) in a progressive direction. It helped forge a progressive majority in the New York City Council. It led the fight for paid sick days. It passed the original millionaire’s tax. It created the Green Jobs/Green NY program, which has retrofitted 30,000 homes. Not to mention reform of the Rockefeller Drug Laws. A $15 minimum wage. An end to stop-and-frisk. The WFP has been a reliable and effective force in politics from Suffolk to Buffalo.

Eighteen years after its founding, the Working Families Party now has an expanding national presence. There are WFP chapters in 12 states and Washington, DC, and a membership base that spans the nation.

Like The Nation, the Working Families Party was an early and enthusiastic supporter of Bernie Sanders’s remarkable run for the nomination. He didn’t get it, but he revealed an enormous appetite for a fundamentally different and better society. Sanders has publicly called for New Yorkers to vote for Hillary on the Working Families Party ballot line as the best way to carry forward the “political revolution” we so desperately need.

I think of the WFP as progressive, principled and practical. They like to win. They choose their battles wisely and build power from the ground up, through local electoral and issue campaigns. This year in New York, they have been hard at work to elect Zephyr Teachout—the subject of the Nation cover story last week—who would be a strong ally of Bernie Sanders and Elizabeth Warren and a powerful new voice against big-money politics.

Less noticed but no less important, the WFP is pushing hard to flip the State Senate from a Republican-Conservative to a Democratic–Working Families majority. That would open the door to all manner of important legislation that the right has bottled up.

So why is this a satisfying editorial to write? Because The Nation was a partner in the party’s birth, helping the WFP over the electoral threshold in the 1998 election that qualified the party’s legal ballot status. It’s personally and politically satisfying to see all that it has accomplished over the years, in New York and across the country.

Your vote on the Working Families Party line will hand Trump and his hateful campaign an embarrassing defeat in his home state. It will send a clear message that you want the WFP to push forward on the issues of the day in Albany. The work the party does day in and day out is not sexy, but it is essential. I urge you to join me in casting a vote for decency and progress by voting for Hillary Clinton on the Working Families Party line.