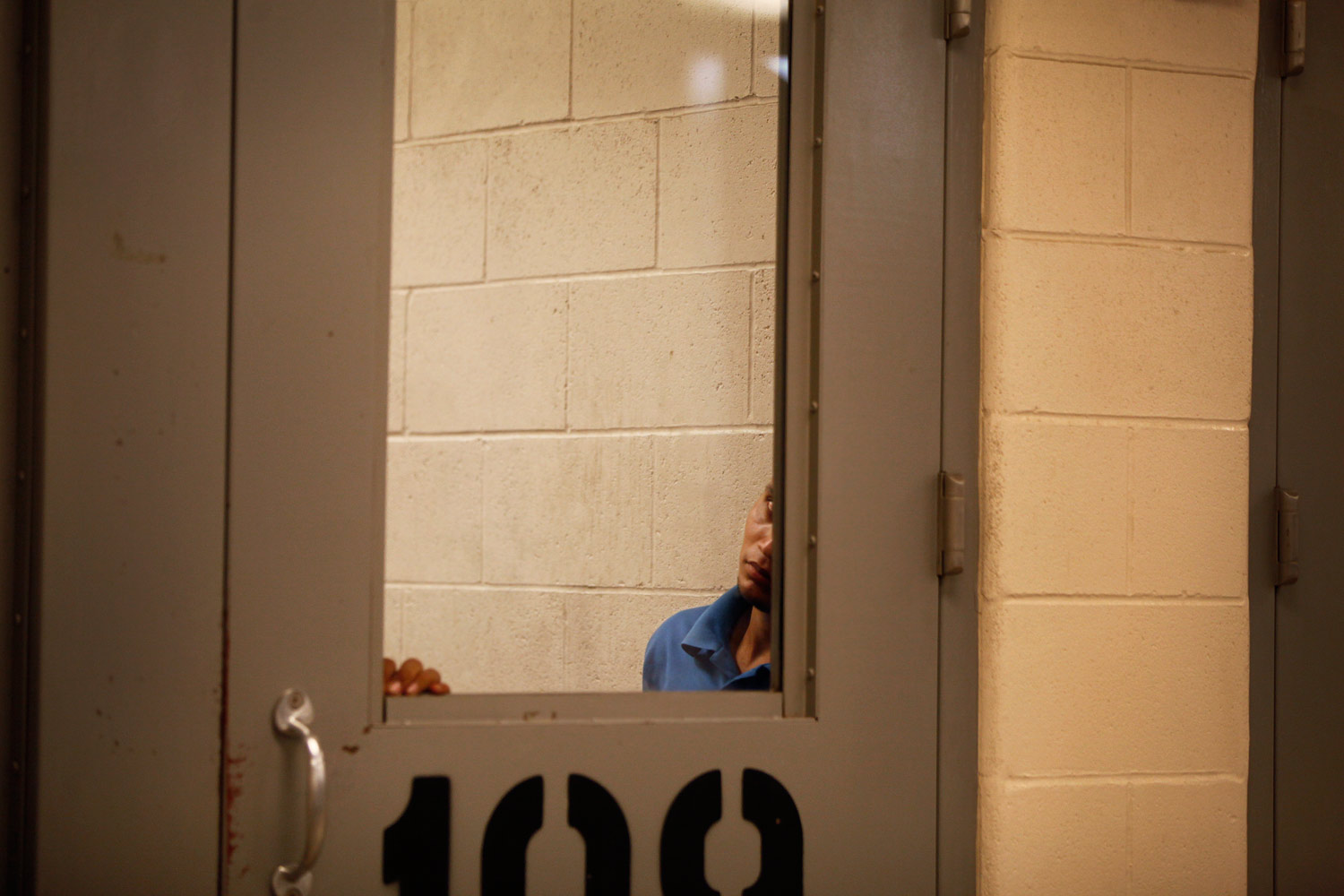 On any given day, Immigration and Customs Enforcement keeps at least 34,000 immigrants locked up while they wait for their cases to be heard in immigration court. Many of these detainees are incarcerated not because they are dangerous or likely to skip their court dates, but because ICE must meet an arbitrary quota set by Congress. This quota, which is often referred to as the “detention-bed mandate,” is a disgrace and should be eliminated.

The quota is written into the federal law that appropriates funding for ICE. Congress requires the agency to “maintain a level of not less than 34,000 detention beds” at any given time. The quota was first enacted in 2007, and it appears yet again in the 2015 appropriations bill currently pending in the House of Representatives.

The quota is unprecedented. No other federal or state agency is required by law to detain a specific number of people without any regard to whether the quota makes sense from a law-enforcement perspective. Indeed, the quota is so excessive that it has been criticized by the very immigration authorities charged with enforcing it. At a congressional hearing in April 2013, then–Homeland Security Secretary Janet Napolitano argued that ICE should be detaining people “according to public-safety threats, level of offense…ot an arbitrary bed number.”

For the 2015 fiscal year, the Department of Homeland Security has asked Congress to lower the quota to 30,539 beds. But even that number is too high: immigration detainees have not been convicted of any crime, and many are eventually released and allowed to stay in this country. They should not be languishing for months—sometimes even years—in detention facilities. Detainees who are considered a flight risk can be outfitted instead with electronic ankle bracelets, which are a cheaper and more humane means of ensuring that they will show up for their hearings. Incarceration should be reserved for threats to public safety or national security, as determined by the DHS. Congress should not be setting a quota at all.

The persistence of this detainee quota is less surprising in light of the fact that for-profit private prisons hold more than half of all immigration detainees. When I was the district attorney of Manhattan, my goal was to lower our case load by reducing crime. But private-prison companies have no incentive to keep immigrants out of detention, because these companies get paid per bed. Even a small reduction in the quota would be a hit to their bottom line. That is why they have poured money into campaign contributions and lobbying efforts. One private-prison company, for instance, spent more than $13 million between 2005 and 2013 on lobbying.

Immigrant detention has become a huge business. It costs a staggering $2 billion a year to incarcerate enough people to satisfy the quota—a figure that represents approximately 40 percent of ICE’s $5.3 billion budget for fiscal year 2014. Put another way, the cost of the quota is equal to the entire annual budget of the Drug Enforcement Administration.

As a policy matter, spending so much money on detaining immigrants is foolish because detention does nothing to reduce the number of people who flee to the United States in search of a better life. People are less likely to leave their own country when they see its economy improving and their quality of life rising. Indeed, a significant portion of the $3.7 billion that President Obama recently requested for detention facilities and border police to counter the flow of unaccompanied children from Central America—as well as some of the $2 billion that goes to detain immigrants—could be used more intelligently on resources to support and improve life in struggling countries like El Salvador, Guatemala and Honduras. We must strike a better balance between spending on necessary border security and on equally essential aid to these countries.

I have been trying hard to raise awareness of the detainee quota because, as I’ve discovered, many people do not even know that it exists. Because of this fact, the quota has so far managed to avoid public outrage and continue in existence, thanks mainly to the money and efforts of self-interested private-prison operators and right-wing advocates of treating immigrants harshly.

However, the public’s blissful ignorance regarding the quota does not excuse Congress from doing the right thing and getting rid of it. Eliminating the detention-bed mandate would not require expert draftsmanship or lengthy hearings: the House and Senate could simply hold an up-or-down vote on whether to strip it from the 2015 appropriations bill.

Until Congress ends the detainee quota, law enforcement should simply ignore it. There are serious doubts about the legality and constitutionality of forcing ICE to detain 34,000 people irrespective of whether the agency believes that it can justify each detention. All three branches of government are responsible for interpreting and upholding the Constitution, including the executive branch. This means that DHS officials, lawyers and immigration judges have both the legal and moral obligation to avoid enforcing the detainee quota.