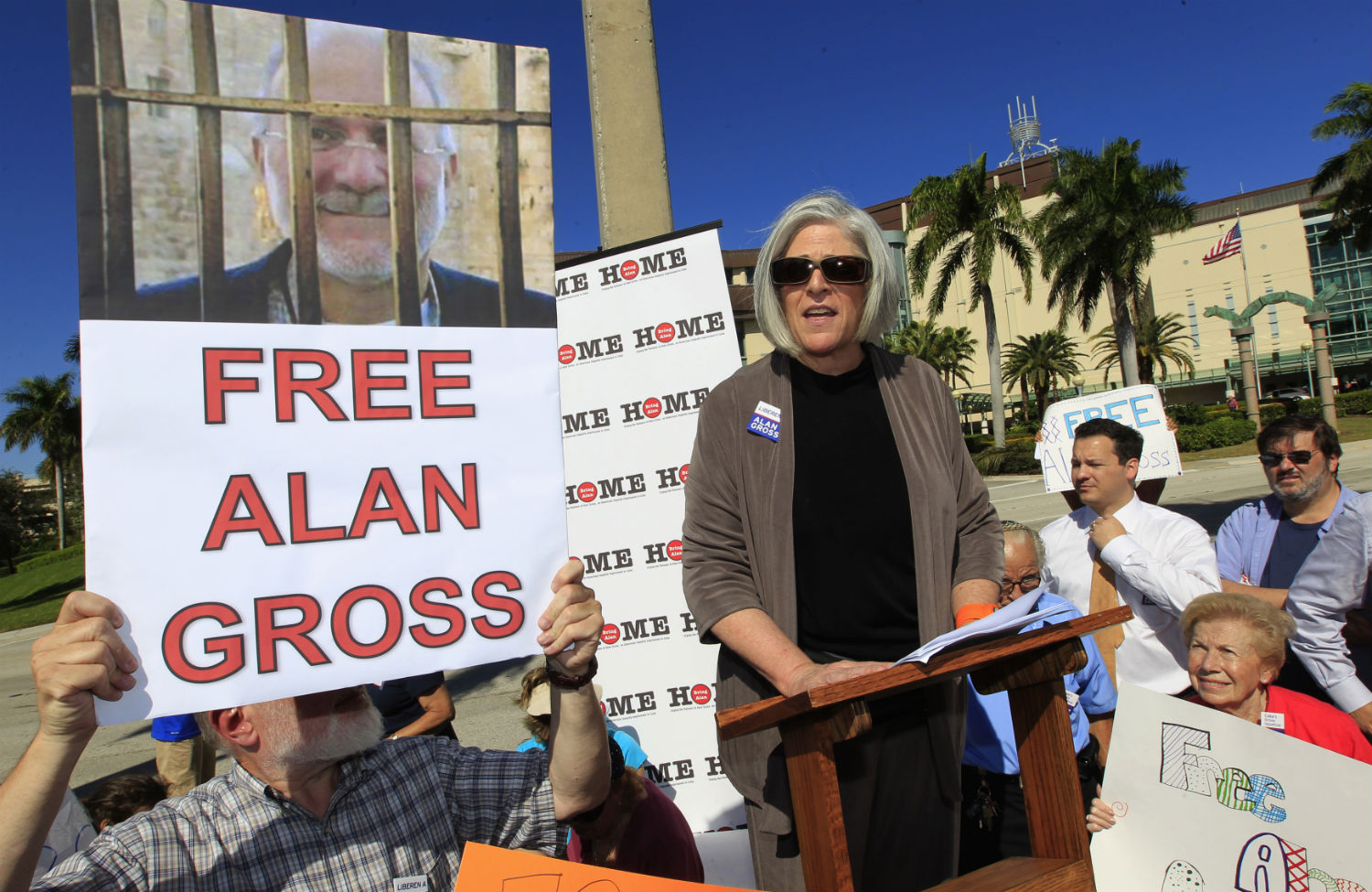 “On May 2, I turn 65 years old and it will be my last birthday here,” Alan Gross announced last week from his prison cell in Cuba. Since he was detained in Havana on December 3, 2009, for surreptitiously distributing satellite communications equipment as part of USAID’s democracy promotion program, Gross has languished in jail—as much a symbol of a failed, Cold War–era policy of regime change as a sacrifice to President Obama’s political ambivalence about engaging in forward-looking diplomacy with Cuba.

Not even Gross’s nine-day hunger strike earlier this month to protest “the lack of any reasonable or valid effort to resolve this shameful ordeal” appears to have moved the White House to initiate direct talks with the Cubans for his release. Instead, the administration has once again, against all evidence to the contrary, placed Cuba on the terrorism list—a move hardly helpful to Gross or future US-Cuban relations.

But the Obama administration cannot afford to ignore Gross’s ominous vow to return home “dead or alive.” Should he hurt himself, be hurt or hurt others—which, in his volatile state of mind, I firmly believe he is quite capable of doing—it would be a tragedy not only for his family but also for current and future US foreign policy interests in Cuba. Gross’s fate has the potential to provoke intense partisan political pressures to flex US muscle and escalate hostilities with Cuba. Further estrangement in relations with Cuba will not only damage current economic commerce and cultural ties with the island but also isolate Washington from the European Union, which this week opened a formal dialogue with Cuba on trade, investment and human rights, as well as the rest of Latin America, which is pushing to integrate Cuba into the inter-American system. It would also undercut US political and economic interests in Cuba’s slow but steady transition away from Communism.

For the president personally, the case of the imprisoned USAID subcontractor threatens Obama’s ability to finally fulfill his own campaign pledge to “turn the page and begin to write a new chapter in US-Cuba policy.”

Alan Gross’s threat of self-injury comes as no surprise to those of us who have experienced, firsthand, his extreme anger and frustration—vented at his own government that sent him, posing as a tourist, into Cuba and now appears to have all but abandoned him there.

As a private subcontractor in USAID’s “discreet” cyber-operations against Cuba—the same operations that produced the recently revealed covert effort to create a Twitter-like network on the island codenamed “ZunZuneo”—Gross was arrested on his fifth trip to Cuba while attempting to create untraceable satellite communications networks on the island; a Cuban court subsequently sentenced him to fifteen years in prison for “crimes against the state.”

Beyond repeatedly calling for his “immediate and unconditional release,” the Obama administration has made no concerted effort to win his freedom, ignoring repeated offers from the government of Raúl Castro to negotiate a solution on “humanitarian” grounds. “I have to think that they are not really doing anything,” Gross told me.

During my last two visits to Havana for conferences on conflict resolution, I have visited Alan Gross in the military hospital where he is incarcerated. Between November of 2012, when I spent four hours with him, and the end of last year when I saw him again, his physical condition had clearly improved. He had gained back twenty-three of the 110 pounds he had lost. He proudly showed off the muscles he was building through a daily exercise regimen.

But his mental state had clearly deteriorated, as reflected by his irrational reasons for exercising which, he admitted, was part of a strategic, and seemingly suicidal, exit plan. When I asked if he was bulking up to undertake a hunger strike, he said no. Instead, he looked over at the door separating our meeting room from the outer corridor and noted that it was “flimsy.” When I pointed out there were well-armed guards on the other side, he declared with crazy bravado: “I’m not afraid of anyone and God help the person who challenges that. I’m a ticking time bomb…tick, tick, tick goes the clock.”

His desperate frustration is focused on what he perceives as the lack of any real interest from President Obama to bring him home. “I am suffering now because he hasn’t done anything,” he asserted.

We discussed the political obstacles the President faces. Both nationally and in the swing state of Florida, public opinion polls have shifted to majority support for improved relations, but Obama still confronts rabid conservative resistance to a dialogue with Cuba. Gross dismissed the position of the hard-line Cuban-Americans legislators, such as the powerful Senate Foreign Relations Committee chairman, Robert Menendez, who object to any negotiations with the Cuban government—particularly talks that might lead to Gross’s freedom in exchange for the release of three Cuban spies who have been incarcerated in US prisons since 1998. “If they are irrational crackpots,” he suggested, “why not just ignore them and be decisive, Mr. Obama?”

The president, he noted, had engaged in decisive diplomacy with Iran over that country’s nuclear capabilities, even placing a call to Iranian President Hassan Rouhani to push talks forward. Why couldn’t Obama undertake the same type of bold diplomatic dialogue with Raúl Castro? “You want to resolve the problem?” he advised. “Pick up the phone.”

Ironically, it was Barack Obama who, as a presidential candidate in 2008, boldly pledged to sit down with Raúl Castro to improve relations—as part of his foreign policy philosophy that “it’s important for the United States not just to talk to its friends, but also to its enemies.” At the time, Obama committed himself to pursue “an aggressive and principled bilateral diplomacy” with Cuba.

Gross’s threat of a renewed hunger strike—or an even more perilous form of protest—creates both an immediate incentive and an urgent opportunity for President Obama to implement that “principled” diplomatic approach. As a second term president with only his legacy at stake, Obama has extraordinary latitude to change the dark and scandal-ridden history of US-Cuban relations. With Cuba reaching the end of both the Castro era and its failed socialist economic system, the United States has substantive bilateral and regional interests in ending what Henry Kissinger once called “the perpetual hostility” in US policy toward Cuba and joining the rest of the world in a posture of positive engagement with Havana.

“The US and Cuba should sit down and talk tachlis”—Yiddish for ‘brass tacks’—“and work out a non-belligerency pact,” Gross told me the first time I met him. “I want to see unconditional talks,” he reiterated last December. His future, and the future of US-Cuban relations, depends on President Obama’s heeding that advice.

Are We Witnessing the Emergence of a New ‘Lost Cause’?