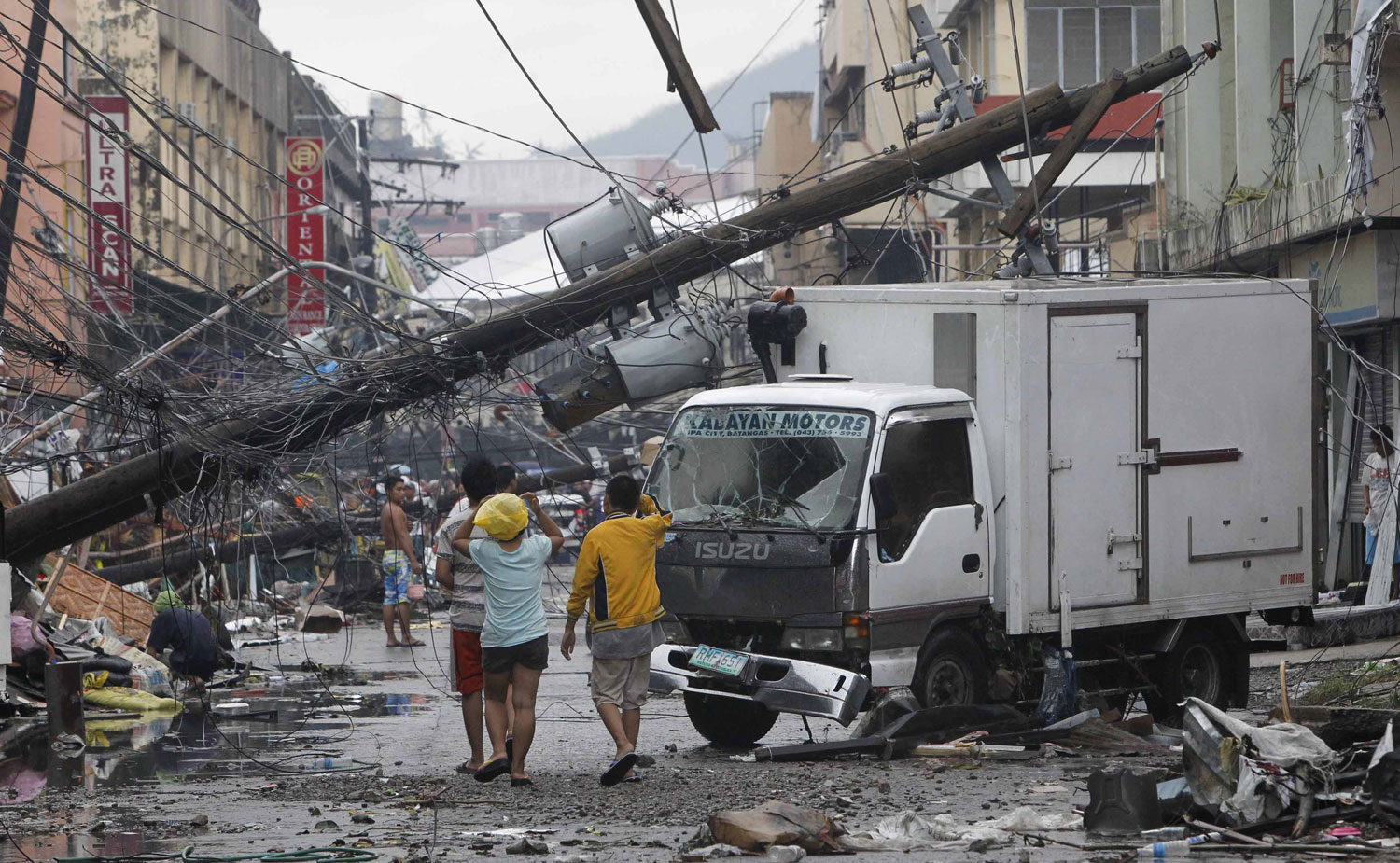 It seems these days that whenever Mother Nature wants to send an urgent message to humankind, she sends it via the Philippines. This year the messenger was Haiyan (known in the Philippines as Yolanda).For the second year in a row, the world’s strongest typhoon barreled through the Philippines, Haiyan following on the footsteps of Pablo, a k a Bopha, in 2012. And for the third year in a row, a destructive storm deviated from the usual path taken by typhoons, striking communities that had not learned to live with these fearsome weather events.

That it was climate change creating these super-typhoons was a message not just to Filipinos but to the whole world, whose attention was transfixed by the images of destruction and misery the storm left in its wake. The message that nature was sending via Haiyan was especially meant for the governments that assembled on November 11 in Warsaw for the annual climate change negotiations, or Conference of Parties (COP 19).

Is it a coincidence, ask some people who are not exactly religious, that both Pablo and Haiyan arrived at the time of global climate negotiations? Pablo smashed into Mindanao during the last stages of COP 18, in Doha last year. To reinforce Haiyan’s message, Commissioner Naderev Sano, the top negotiator for the Philippines in Warsaw, went on a hunger strike when the talks began.

It is doubtful, however, that the governments at COP 19 will rise to the occasion. For a time earlier this year, it appeared that Hurricane Sandy would bring climate change to the forefront of President Obama’s agenda. It did not. While trumpeting that he was directing federal agencies to force power plants to cut carbon emissions and encourage movement toward clean-energy sources, Obama will not change the US policy of nonadherence to the Kyoto Protocol, which Washington never ratified. Although 67 percent of Americans believe in climate change, Obama does not have the courage to challenge the fanatical climate skeptics in the Republican Party and the business establishment.

Washington’s military-led relief effort in the aftermath of Typhoon Haiyan should not obscure its fundamental irresponsibility regarding climate change, not only when it comes to curbing emissions but also on the matter of aid to developing countries suffering the consequences of the carbon-intensive economies of the developed world. Large-scale compensation is out of the question, says State Department envoy Todd Stern, who also said at a London seminar in October that “lectures about compensation, reparations and the like will produce nothing but antipathy among developed country policy-makers and their publics.”

It is also unlikely that China, now the world’s biggest carbon emitter, will agree to mandatory limits on its greenhouse-gas emissions, armed with the rationale that those that have contributed the most to such emissions, like the United States, have also refused to accept mandatory emissions cuts. And as China goes, so will Brazil, India and many other industrially advanced developing countries that are influential voices in the “Group of 77 and China” coalition. These governments seem to be saying their carbon-intensive industrial development plans are not up for negotiation.

According to the Durban Platform agreed on in 2011, governments are supposed to submit emissions-reduction plans by 2015, which will be implemented beginning in 2020. To climate scientists, this leaves a dangerous gap of seven years when no mandatory reductions can be expected from major polluters. Every year counts if the world is to avoid a rise in global mean temperature beyond 2 degrees Celsius, the accepted benchmark beyond which the global climate is expected to go really haywire.

Countries like the Philippines are on the front lines of climate change. Every disastrous climate event reminds them of the injustice of this crisis—they have contributed least to climate change, yet they are its main victims. Their interest lies not only in accessing funds for ”adaptation,” like the Green Climate Fund, which would funnel $100 billion a year from rich countries to poor countries, beginning in 2020, to help them adjust to climate change. Given the increasing frequency of extreme weather events, these frontline countries must push all major greenhouse gas emitters to agree to radical emissions cuts immediately.

During last year’s Doha talks, a leader of the Philippine delegation cried when he pointed to the ravages inflicted by Pablo. It was a moment of truth for the climate talks. This year, the delegation must convert tears into anger and denounce the big polluters for their refusal to take steps to save the world from destruction. Perhaps the best role island-states can play is by adopting unorthodox tactics, like disrupting the negotiations to prevent the conference from falling into the familiar alignment of the rich North versus the Group of 77 and China. That configuration guarantees deadlock, even as the world hurtles toward the overheated planet the World Bank has warned will be a certainty without a massive global effort to prevent it.

Aura Bogado looked at how the poor bear the brunt of climate change.