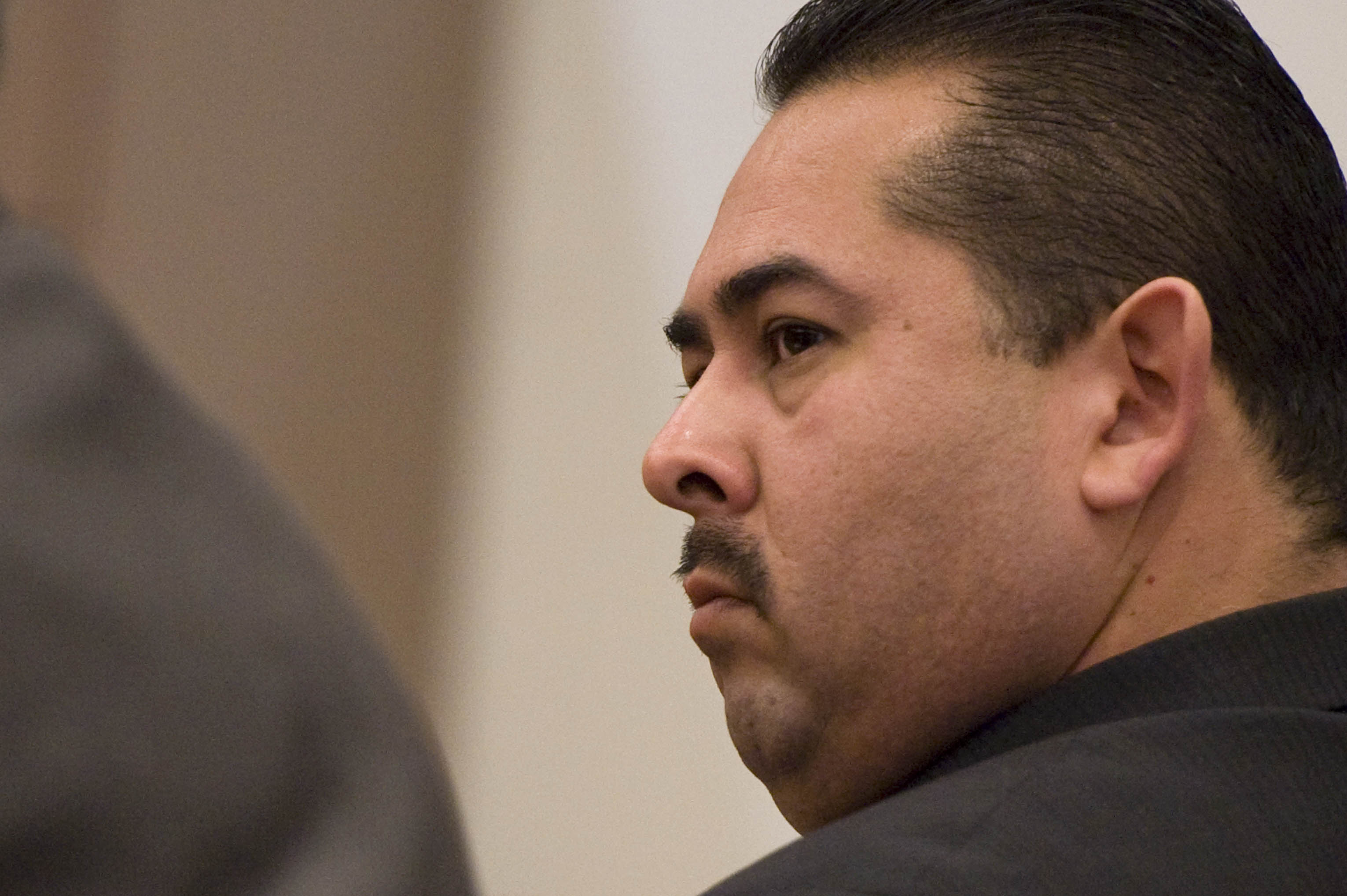 A jury has acquitted two California police officers who were caught on tape brutally beating and tasing a schizophrenic homeless man, who would die five days later from injuries sustained during the altercation, the Los Angeles Times reports.

Former Fullerton police officers Manuel Ramos and Jay Cicinelli were charged in 2011 over the death of Kelly Thomas. Surveillance footage shows Kelly repeatedly wailing, “I can’t breathe” and “Help me” as officers beat, club and stun him over and over, eventually to the point of unconsciousness. The video, posted online, sparked a national outcry.

Ramos’s attorney John Barnett told reporters, “These peace officers were doing their job.… they had no malice in their hearts.”

Kelly’s father, Ron Thomas, said the verdict sets a dangerous example, telling the AP, “Police officers everywhere can beat us, kill us, whatever they want, but it has been proven right here today they’ll get away with it.”

After the verdict, the FBI said that it will examine the evidence to determine whether to pursue federal charges.

Prosecutors will not file charges against a third officer involved.