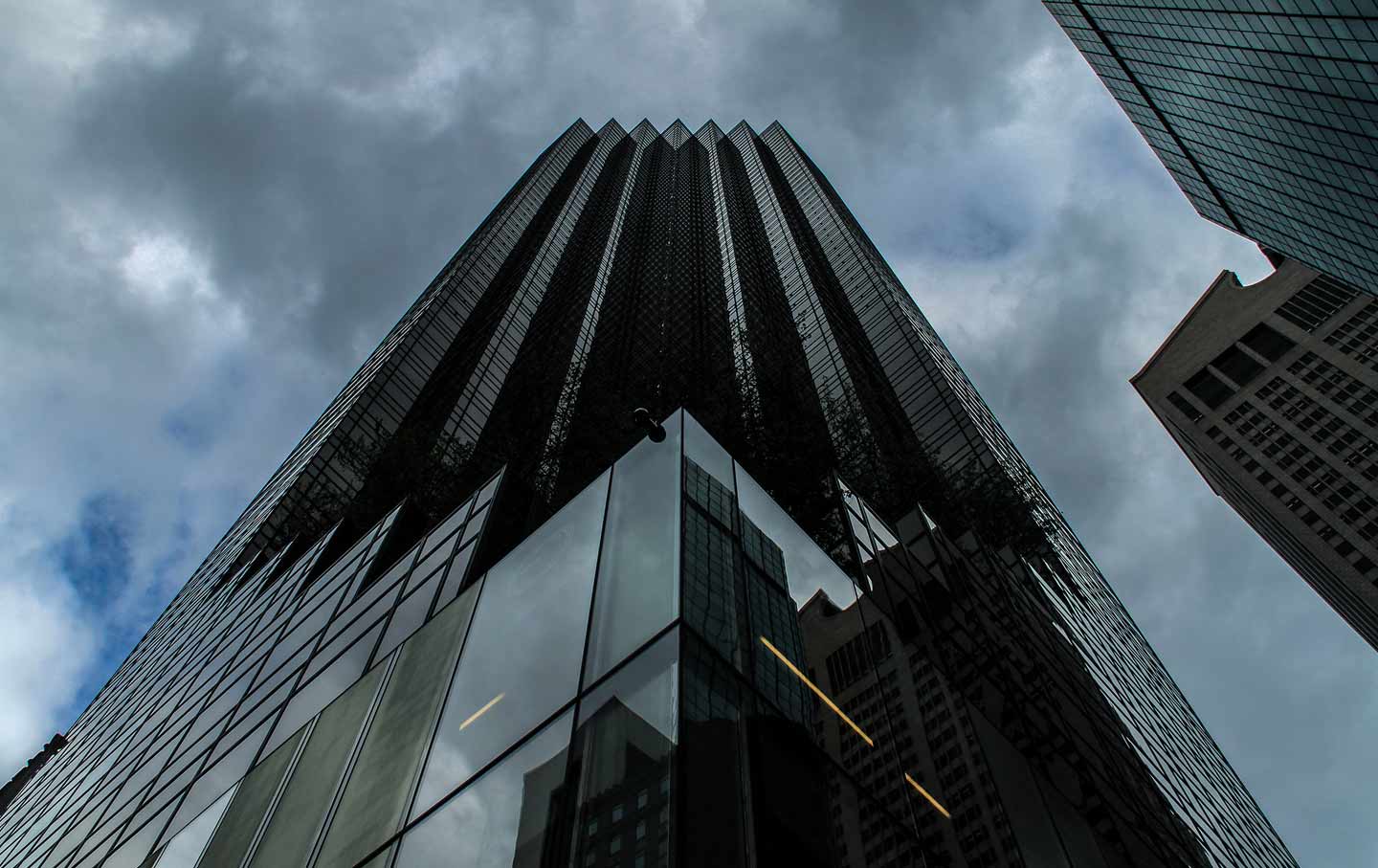 Robert MacKichan has built a living lobbying on behalf of large special interests that want to make real-estate deals with the federal government. As a partner at Holland & Knight and leader of the firm’s General Services Administration Leasing and Federal Real Estate Team, he works on behalf of clients who want to lease building to the federal government, or who are having a dispute over their federal contract, all of which is run through the GSA. It makes sense, since MacKichan used to be the GSA’s general counsel.

MacKichan represents the quintessential insider who used his public service to later benefit large special interests. And now he has swung back through the revolving door again, serving as a member of Donald Trump’s transition landing team at—where else?—the GSA.

Trump has an ostensible ban on lobbyists on his transition team, but it applies only to people who have had relevant lobbying activities in the past 12 months. Even that thin prohibition—which doesn’t stop company executives or lobbyists masked as “consultants” from joining—is being brazenly flouted. Several lobbyists are simply de-registering as lobbyists in order to join the transition team.

Take Shawn Krause, who as recently as September was registered as a lobbyist for Quicken Loans, which underwrites a majority of the mortgages backed by the Federal Housing Administration, which is part of the Department of Housing and Urban Development. In any reading of Trump’s own rules, she shouldn’t be allowed to work on the transition team in that area.

Instead, she’s leading the transition at HUD. Her only motion towards lowering this conflict was de-registering as a lobbyist, which still doesn’t satisfy the prohibition against working on a transition area you have lobbied over in the last 12 months.

Trump is flouting not only his self-imposed rules against conflicts of interests but also one of the cruxes of his presidential campaign. “There is a fundamental conflict in the transition team between the promises that the president-elect made on the campaign trail, and the excitement that he generated among ordinary voters who felt very strongly that Washington was no longer answering to them, but was instead answering to big special interests,” Senator Sheldon Whitehouse told reporters Friday. “This array of big special-interest operatives and lobbyists who are now engaged in this transition in these exact places where their conflict of interest is most acute.”

These transition landing teams are not ceremonial positions, either. These operators are serving vitally important roles. “All this matters because these people will be selecting people to staff the new agencies, and set[ting] the early trajectory,” said Robert Weissman, president of Public Citizen.

If he’s going to pack his transition team with corporate interests, Trump could at least provide some transparency into what they are doing. In 2008, Barack Obama created a website that disclosed every meeting his transition team had with three or more non–transition team members, regardless of the topic of the meeting, provided it didn’t deal with national security or sensitive personnel decisions. The website also posted every document it received from an outside interest, and Obama voluntarily exposed the transition team’s internal documents to the Freedom of Information Act, even though transition teams are essentially non-governmental outfits and not subject to FOIA by law.

Trump’s team appears to be doing none of that. (Transition officials did not respond to several requests for comment.) He is deliberately keeping the public in the dark about his transition activities, which are made all the more glaring because the Trump children are both serving in key transition roles while also preparing to run the Trump Corporation come January. It’s critical to know who they are meeting with, and why.

Politico did report last week that transition team leaders have asked transition members to “avoid” meetings with outsiders, though, thanks to Trump’s step backwards on transparency, the public won’t know if that guideline is being broken.

In some sense, because the conflicts are so enormous—since the transition team is packed with lobbyists and corporate executives—transparency does almost become a side issue.

“They don’t need to have the meeting with the outsider, because they are the outsider,” said Taylor Lincoln, director of Public Citizen’s Congress Watch division. “The dual roles that appear to be shaping up for his children raise enormous red flags that no transition transparency policy is going to fix. But they ought to have the transparency policy if for no other reason than to give a scintilla of credibility that this notion of ‘draining the swamp’ is anything that Trump actually meant.”

With Trump running a dark and dirty transition, members of his party are one of the few pressure points left. And Republicans do stand to lose quite a bit if Trump’s nascent presidency is engulfed in some yet-unseen scandal.

Senator Whitehouse thinks the day when Republicans actually call Trump out may be approaching. “I have not had any conversations that I am at liberty to divulge, but I would say that there is an undercurrent of anxiety among the Senate Republicans, not all of them but many of them, about how this all ends,” Whitehouse said. “But I think the folks who are feeling that way are going to take their time and let problems develop into something more public and more acute before they take their steps.”