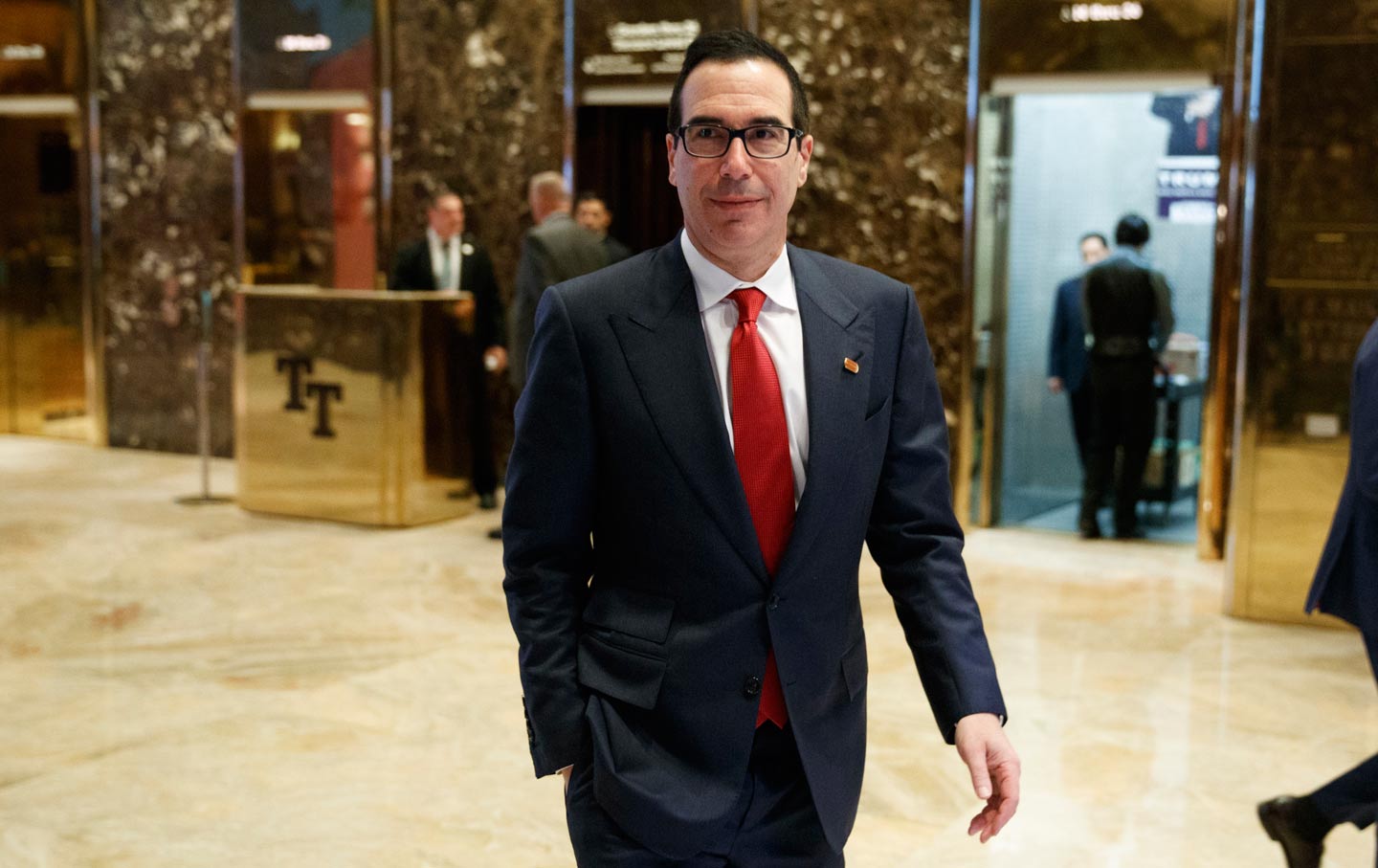 “My whole life I’ve been greedy, greedy, greedy. I’ve grabbed all the money I could get. I’m so greedy,” President-elect Donald Trump boasted last January. “But now I’d like to be greedy for the United States.”

It was a compelling story: the rapacious mogul turned Robin Hood, setting out to reform the rigged system that made him rich in the name of the common good. But that tale was always fiction, as Trump’s economic platform of corporate tax breaks and deregulation should have made obvious. Now, Trump’s transition has ended any remaining doubts that his promise to “drain the swamp” of corrupt government was a lie. Based on his post-election moves, it seems the Trump White House will be an experiment in crony capitalism on steroids.

After playing to the country’s populist mood as a candidate, Trump has surrounded himself almost exclusively with corporate elites. While the appointments of chief strategist Stephen K. Bannon and attorney general nominee Senator Jeff Sessions (R-AL) fired up his base, Trump has loaded up his transition and cabinet-in-waiting with members of the establishment he claimed he would crush. Trump’s team, with few exceptions, is filled by the “swamp creatures” we’d expect in virtually any Republican administration.