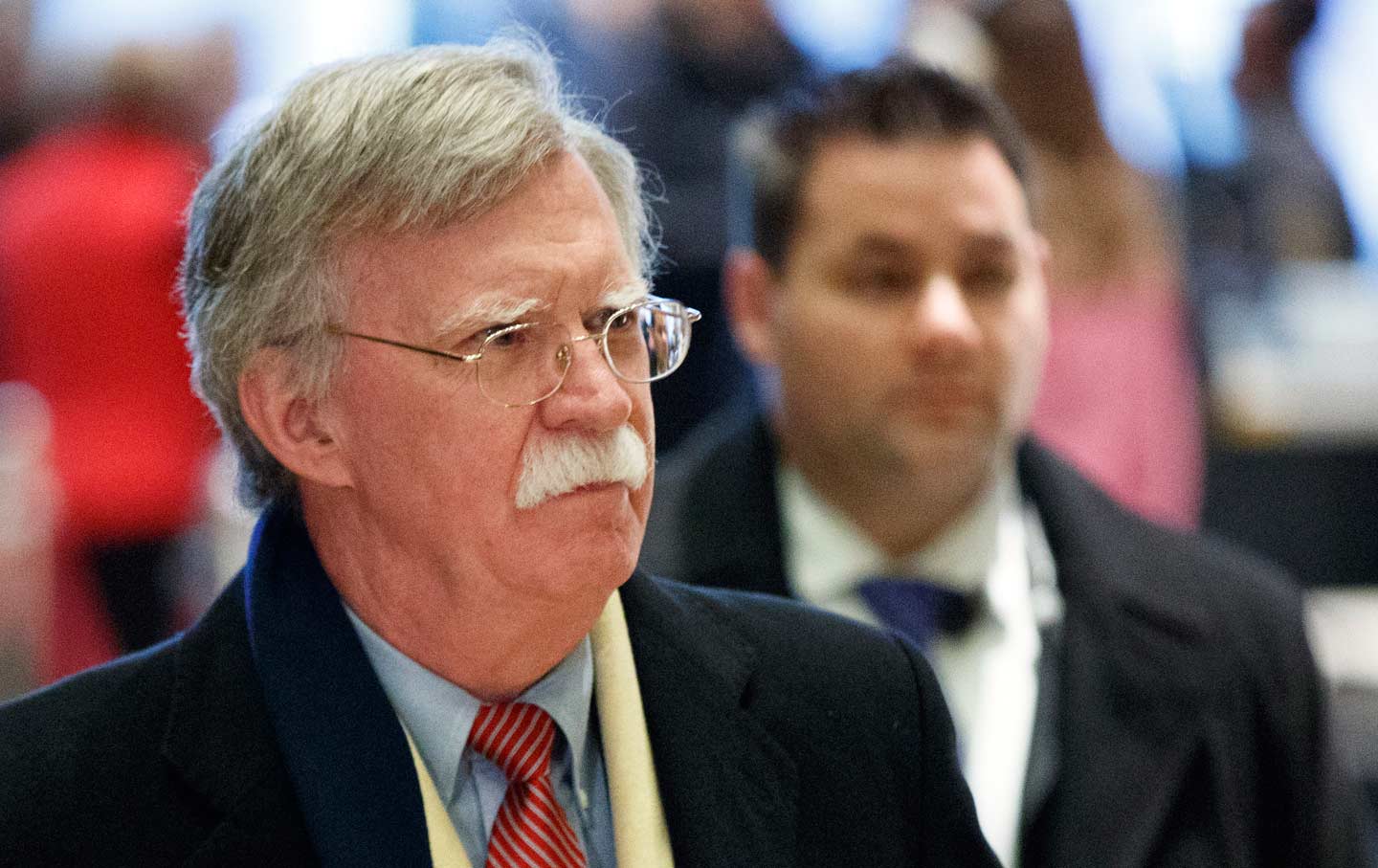 With the appointment of John Bolton as national-security adviser, President Trump has put the finishing touches on his war cabinet, with bellicose Mike Pompeo heading the State Department and Gina Haspel, who ran a torture site under President George W. Bush, heading the CIA. With Bolton’s appointment, Trump has broken another campaign promise—and it is surely his most dangerous betrayal yet. The candidate who promised to get us out of stupid wars is now loading up for war. With Congress having surrendered its national-security responsibilities, the United States, already mired in endless wars across the broad Middle East, seems on the verge of even greater military catastrophe.

Bolton, who will be the last one in the room to whisper in Trump’s ear and the first one in the morning (along with Fox & Friends) to frame the news, proudly made his name as a warmonger, never seeing a war that he wouldn’t promote (nor one that he would fight in). Under Bush, he cooked intelligence to fit the case for the Iraq War. He still defends what was the greatest foreign-policy debacle since Vietnam. He has advocated “preventive war”—a euphemism for an illegal war of aggression—against both Iran and North Korea. He has also urged ramping up the pressure on Russia in Ukraine and China in the South China Sea. He believes US military might entitles the United States to dictate terms in every corner of the world.

By all accounts, Bolton is smart, tenacious and relentless in peddling his fanatical views. Senate Republicans derailed his nomination under Bush to serve as UN ambassador when a former assistant secretary of state in the Bush administration described him as a “kiss-up, kick-down sort of guy” and a “serial abuser” of people under him in the chain of command.