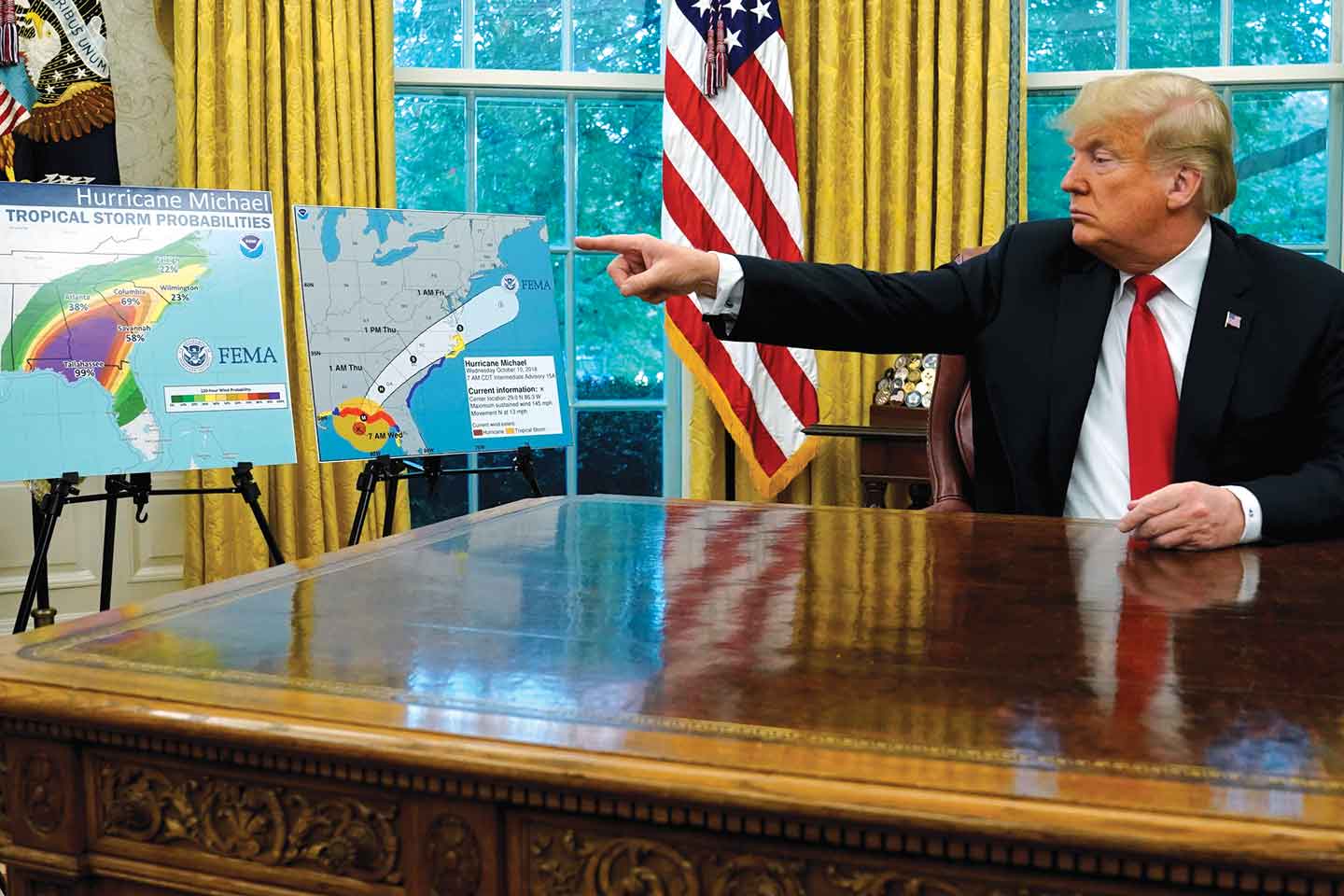 The Trump administration’s announcement that it would withdraw the United States from the Paris climate agreement is a largely symbolic move, but it is nevertheless another reminder of President Trump’s greatest folly: his disgraceful denial of the threat posed by catastrophic climate change. No matter who wins the Democratic presidential nomination, Trump’s open hostility toward any action on climate will elevate it to a defining issue in the 2020 campaign. Voters will choose between a president and Republican Party proud of systematic resistance to any action on climate, and a challenger and Democratic Party dedicated to historic efforts to limit the already costly threat to life as we know it.

This stark divide will occur against the backdrop of metastasizing wildfires, blackouts and mass evacuations in California, floods in the Midwest, and intensifying hurricanes from Texas to the Eastern Seaboard. And that’s just the start: The damage caused by global warming has been consistently worse than the scientific projections, which are themselves terrifying. Recently, a study by Climate Central concluded that revised measurements of land elevation show that even if global warming were limited to 2 degrees Celsius—a goal that four more years of Trump would render virtually impossible to meet—150 million people will be living on land below high-tide level in 2050. Most of southern Vietnam, with 20 million people, will be underwater, as will much of Bangkok, Mumbai and Shanghai. Indonesia’s president has already announced plans to move the capital from Jakarta to higher ground in Borneo. Forget Trump’s border wall; we’ll be building walls and dikes on the shores at historic scale.

Against this real and escalating threat, Trump—aided and abetted by Republicans in Congress—has pushed to roll back regulation after regulation to curb fossil-fuel emissions. The president has deep-sixed President Barack Obama’s climate plan, rolled back automobile mileage standards and opened federal lands to fossil fuel companies. Trump has staffed his administration with former lobbyists from Big Oil and other fossil fuel interests. In a truly Orwellian crackdown, the administration has even sought to purge the words “climate change” from government reports.