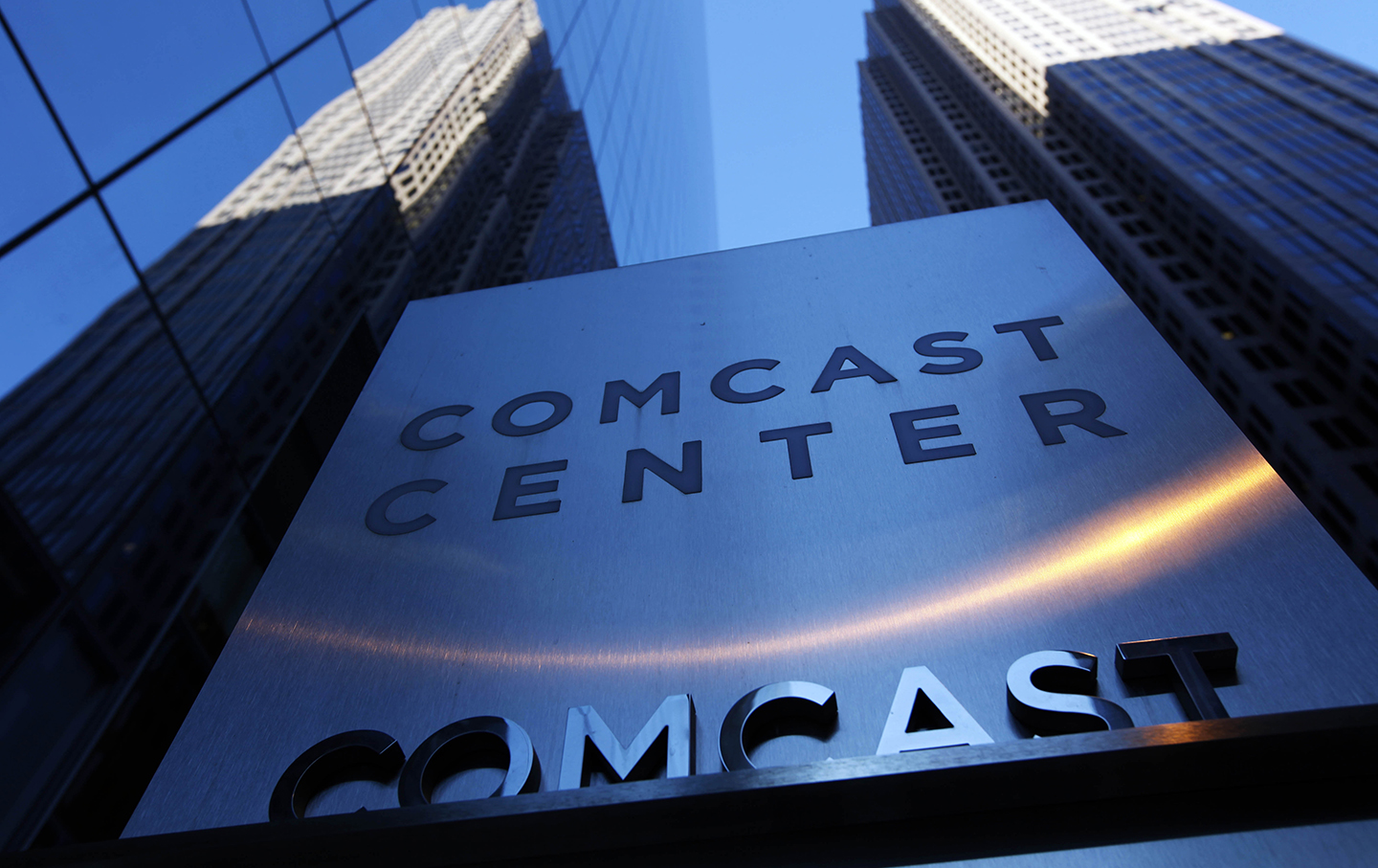 A sign outside the Comcast Center in Philadelphia. (AP Photo / Matt Rourke)

The FCC just voted to move forward with Chairman Ajit Pai’s proposal to dismantle net neutrality. This means that his plan, ironically called “Restoring Internet Freedom,” will be opened for public comment and is one step closer to being implemented.

Before he was appointed by President Trump, Chairman Pai said that he’d like to take a “weed whacker” to the rules that guarantee net neutrality and his proposal promises to do just that. It undermines the strong Title II Internet protection rules that we won in 2015 and once again classifies the Internet under Title I of the Communications Act. Instead of guaranteeing that monopoly Internet Service Providers (ISPs) cannot create fast lanes and slow lanes online, Chairman Pai would tear down the legal framework that guarantees net neutrality and would allow ISPs to police themselves.

We all know how that will go but we can win this. During the proceeding that lead to the 2015 ruling, millions of people sent comments to the FCC. This year’s proceeding was just voted on today and activists fighting for the open Internet greeted it with a rally outside the FCC and the announcement that they’ve already collected over one million signatures and comments in support of net neutrality.

Here’s what you can do to join them and make sure we win this fight:

1) Sign our petition and send a comment to the FCC through our campaign launched with the Free Press Action Fund, Presente.org, and others.

2) Call your members of Congress and demand that they fight for net neutrality. We need everyone with any power on our side.

3) Join a strategy call on Tuesday, May 23, with Free Press Action Fund to learn about next steps.

4) Combat misinformation about net neutrality spread by Chairman Pai and the telecommunications industry. Our friends at Free Press released a report this week refuting Chairman Pai’s claim that the Title II rules that guarantee net neutrality “stifled broadband investment.” You can read it here, then share on Facebook and Twitter. At The Nation, Victor Pickard recently wrote in more detail about the FCC’s “top-down corporate power grab.” You can read the article here, then share on Facebook and Twitter.