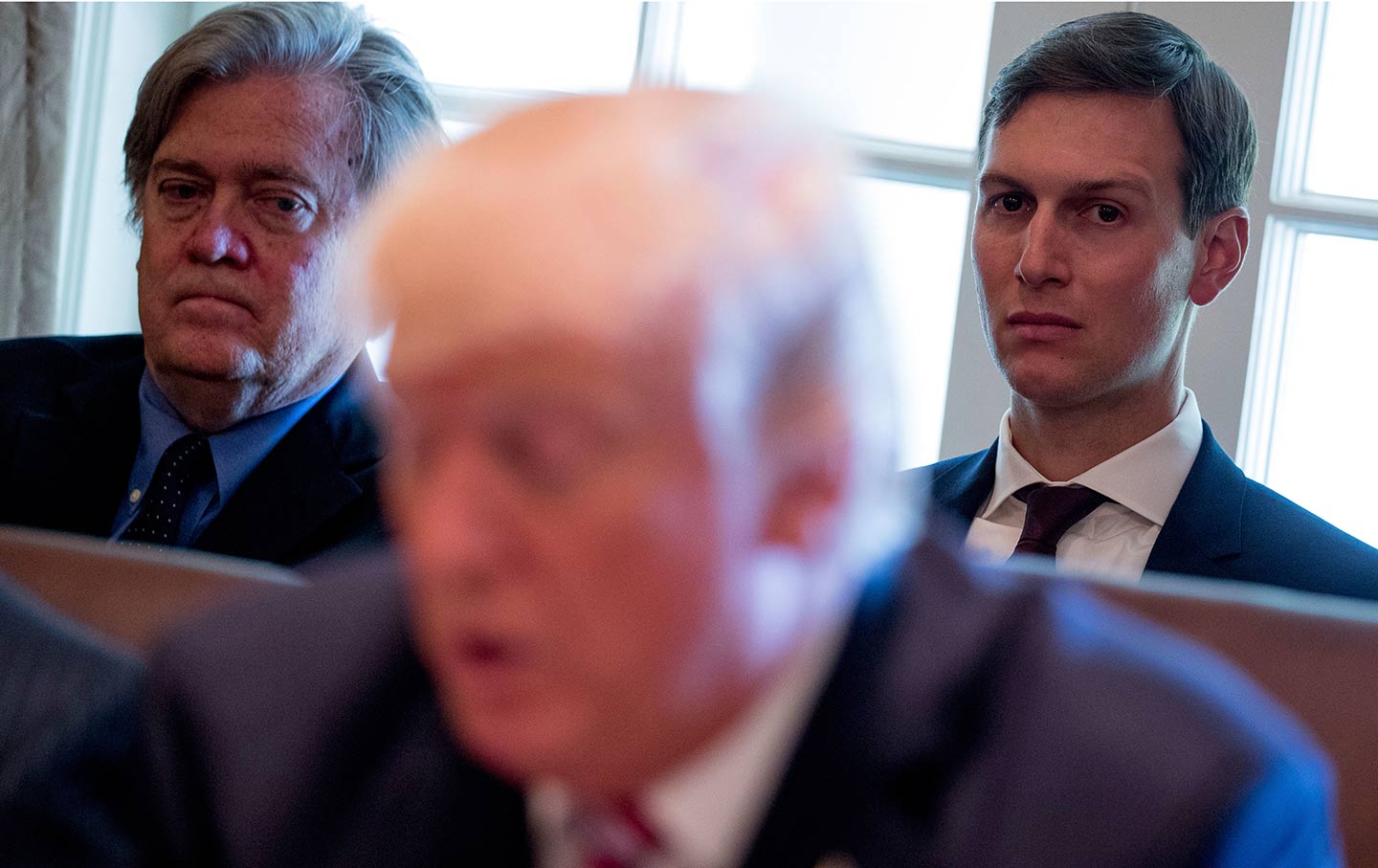 Amy Wilentz is a long-time contributing editor at The Nation and former Jerusalem correspondent for The New Yorker. She’s best known for her award-winning books on Haiti, most recently Farewell, Fred Voodoo. This interview has been edited and condensed.

Jon Wiener: We heard for months about the hostility between Steve Bannon and Jared Kushner. Now Jared has won the battle. But why was this battle being fought, in the first place?

One of the interesting stories about Trump is that during the transition he started getting something that you don’t get until you’ve won the presidency: It’s called the Presidential Daily Brief—the PDB. The PDB is given to the president, the vice-president, and whatever cabinet members might be involved in that day’s business, and no one else. When Trump started getting the PDB, he insisted, in an unprecedented move, that Jared, his son-in-law, also get the PDB. There you see that he wants someone else to read it and do the work, and tell him what to think, so he doesn’t have to deal with it himself. 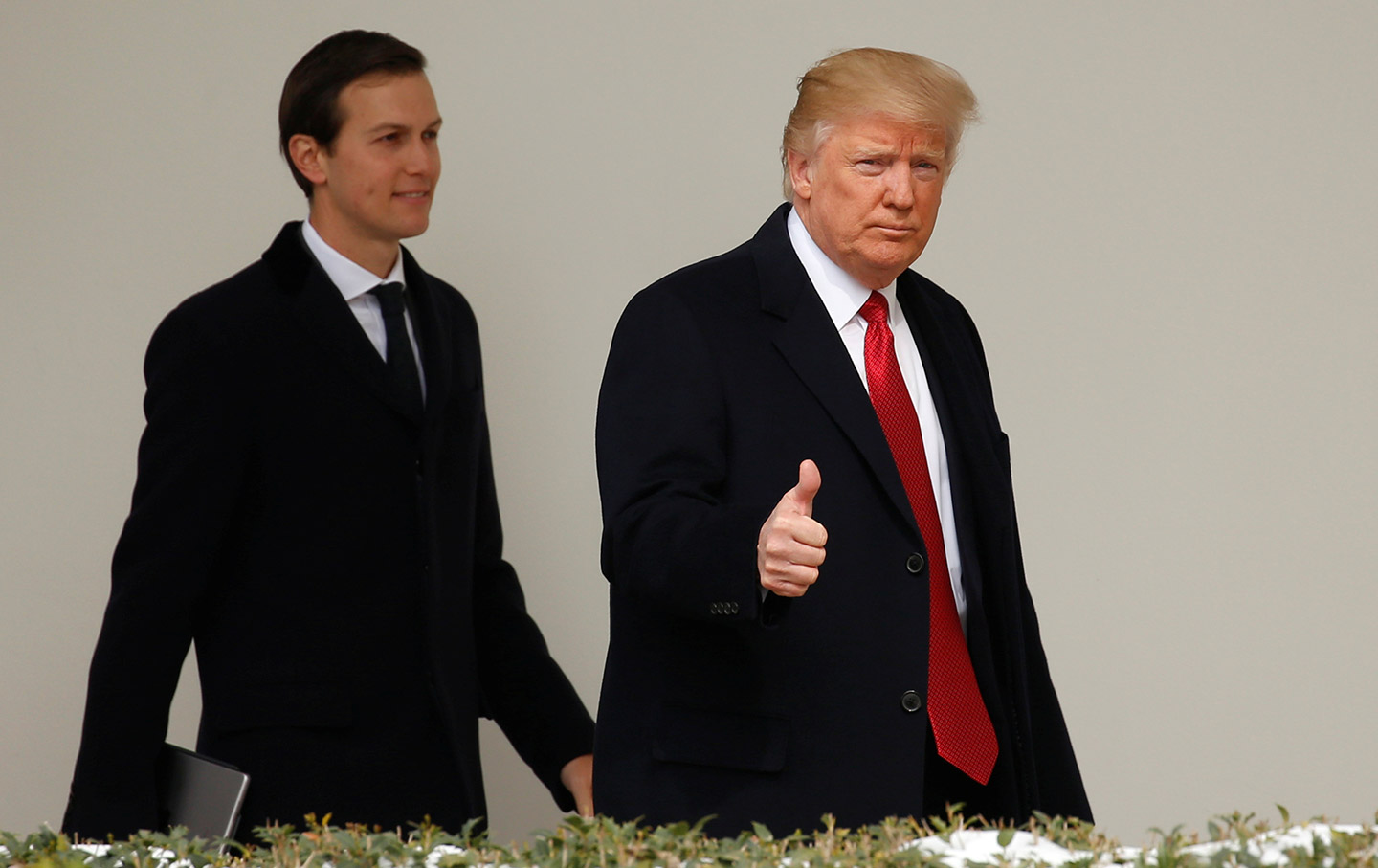 AW: Sure. This family, including the president who’s in office right now, have traditionally given a lot of money to Democratic causes. They all supported Hillary Clinton when she’s run for office before the presidency. In the old days Donald Trump himself used to support abortion rights and gay rights. He would say fabulous things about Hillary Clinton. Ivanka was friends with Chelsea, and probably still is. They’re not all Bannonites by any stretch, and Steve Bannon sees people who don’t agree with him—including those in the Republican party—as Democrats.

JW: The real question is this: What do Jared and Ivanka want that’s different from what Steve Bannon wanted, and still wants?

AW: To Bannon, Trump is a weapon of the alt-right. Whereas Ivanka and Jared see Trump as a family standard-bearer whose success they wish for, both now and in the future. They want him to win in 2020, so they don’t want him to go down in a fiery jeremiad in support of the Confederacy. They know he was elected with a non-majority of voters, and that his base is shrinking. I’m sure that Jared and Ivanka feel that, unless he broadens his appeal, he can’t get enough votes to be elected the next time around. Bannon, in contrast, feels that Trump can’t win in 2020 if he loses his base. In this view Trump does need to broaden his base, but he can’t attract outsiders to the phenomenon ‘Trump,” and therefore he should stick with the craziness.

AW: Not so much. There are reasons for that: They’re part of the cultural world in Manhattan that believes in multiculturalism and diversity, and they probably know some people of color, if they are really successful. Beyond that, Jared is an ethnic Jew and Ivanka is a converted Jew. From time immemorial white nationalists don’t think of Jewish people as completely, honestly, white. It can’t be easy for Jared and Ivanka to support white nationalists on the wall or the Muslim ban.

JW: Another big area of difference is that Bannon is an anti-interventionist. Part of being a nationalist is to avoid foreign involvement.

AW: Trump’s Afghanistan speech, his move toward bolstering our troops there, can’t sit well with Bannon, and he’s been very vocal already on Breitbart about the new Afghanistan policy. Jared in contrast is interested in all of our Eastern problems, and so I don’t think he advocates for isolationism at all. He’s in charge of China, he’s in charge of the Middle East, he’s gone to Iraq, he’s in the foreign policy mix. Whether he knows anything about it is another issue.