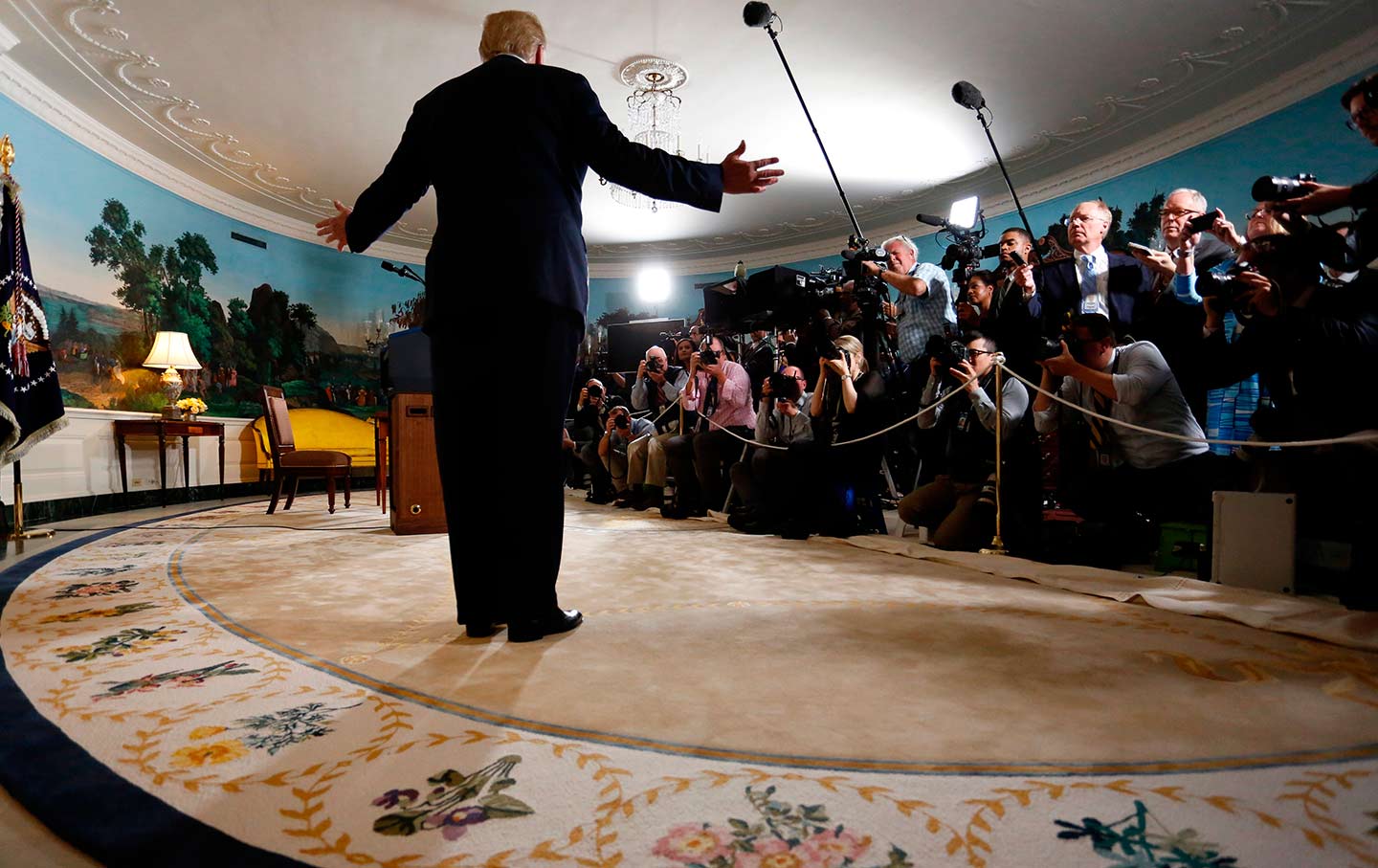 Donald Trump takes questions from reporters at the White House on May 8, 2018. (Reuters / Jonathan Ernst)

In today’s media environment, these “breaking” political news alerts are nearly constant. They dominate cable news and serve primarily to agitate rather than inform. Though the tendency to focus on spectacle over substance is not a new media phenomenon, it has noticeably worsened under the influence of a president who has devoted his public life to making a spectacle of himself. And as recent events have shown, it is leaving little to no oxygen for important issues that have real consequences on the American people’s lives.

Perhaps the most brazen example is the media’s neglect of hurricane-ravaged Puerto Rico. Last month, a new Harvard study estimated that 4,645 deaths can be linked to the storm and its immediate aftermath, a toll far higher than the official estimate of 64. If accurate, that’s more than the number of Americans killed on 9/11 or during the Iraq War. Yet on the day it was released, the study was treated as an afterthought on cable news, which instead dedicated hours to the controversy over Trump-supporting actress Roseanne Barr’s racist tweets. Worse, as James Downie wrote in The Washington Post, “On the major Sunday talk shows—the purest distillation of what the media and political establishments consider worth discussing—not once was Puerto Rico mentioned. That is a disgrace.”