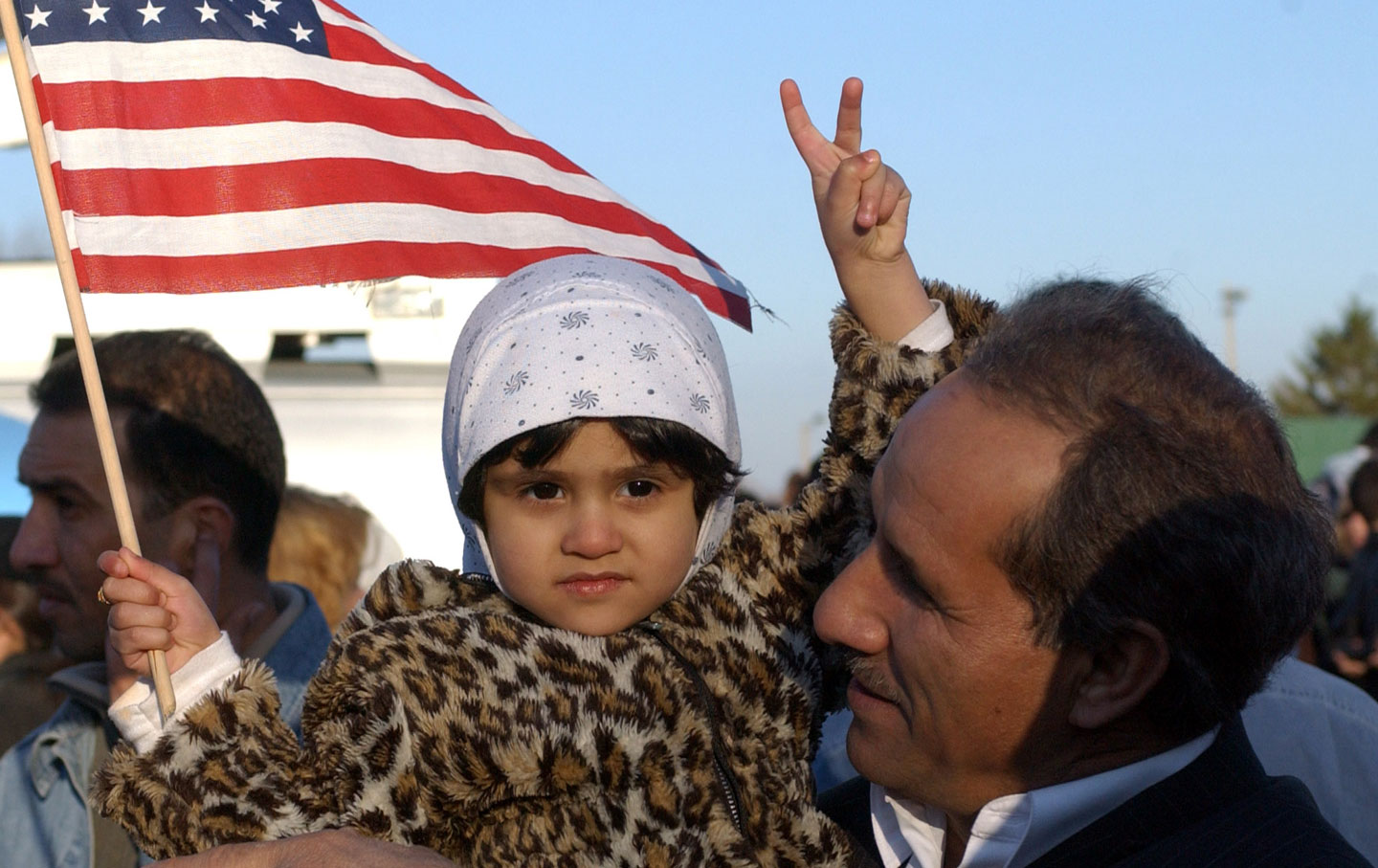 Followers of Islam have lived in what is now the United States since before the American Revolution. Like Christians and Jews, Muslims worshiped initially in their homes. But as communities grew, they began to construct mosques. Because so many Muslim immigrants came as farmers, some of the earliest mosques were built in rural communities like Ross, North Dakota.

Historians record that the first structure purposely built as a mosque in the United States was located in Ross, a crossroads town in the northwest corner of the state. In the late 1930s, when a Works Progress Administration field worker arrived in remote Mountrail County, he interviewed Mike Abdullah, a native of Syria, who recalled, “I belonged to the Moslem church in the Old Country the same as I do in this country.”

The original mosque in Ross fell into disrepair and was torn down in the 1970s. A new mosque—built a decade ago at the urging of Sarah Allie Omar Shupe, a member of the community—stands next to the Muslim cemetery, where generations of Syrian-American farmers are buried.

The measures of what is great and good about America are found in the mosques of Ross and Cedar Rapids and Toledo.

As a young journalist, I wrote a good deal about the rural Muslim and Jewish farm communities of the Midwest. I met the children and grandchildren of those Muslim farmers from the Dakotas, and from eastern Iowa, where the Mother Mosque of America was constructed in 1934 in Cedar Rapids. As a reporter for the Toledo Blade, I came to know Yehia “John” Shousher and other Muslims who built a pioneering mosque in the city’s “Little Syria” neighborhood more than six decades ago. Later, they constructed one of the great mosques in North America, the Islamic Center of Greater Toledo, at which people from dozens of countries proudly celebrate their community’s “equal and vibrant representation of women and the democratic and constitutional processes that the Center diligently follows.”

It is because I have spent so much time in these mosques, because I have for so long known them as part of the fabric of the communities where I have lived, of the regions I love, of an American experiment I have treasured, that I was shaken by Donald Trump’s crude claim that “there’s absolutely no choice” but to monitor mosques, to consider closing some of them, to begin tracking Muslims using “surveillance, including a watch list.”

What Trump is talking about is not public safety or responsible policing. It is broad-sweep stereotyping rooted in ignorance and cruelty. And he is not alone in abandoning basic premises of the commitment to religious freedom that underpins the American experiment. Jeb Bush and Ted Cruz propose to admit Christian refugees but reject Muslims. Ben Carson objects to the notion of a Muslim president and compares Syrian refugees to rabid dogs.

Trump says he wants to make America great again. But he knows nothing of greatness. The measures of what is great and good about America are not found in the crude comments of politicians. They are found in the mosques of Ross and Cedar Rapids and Toledo, and in the stories of the Muslim immigrants who built and cherish them.