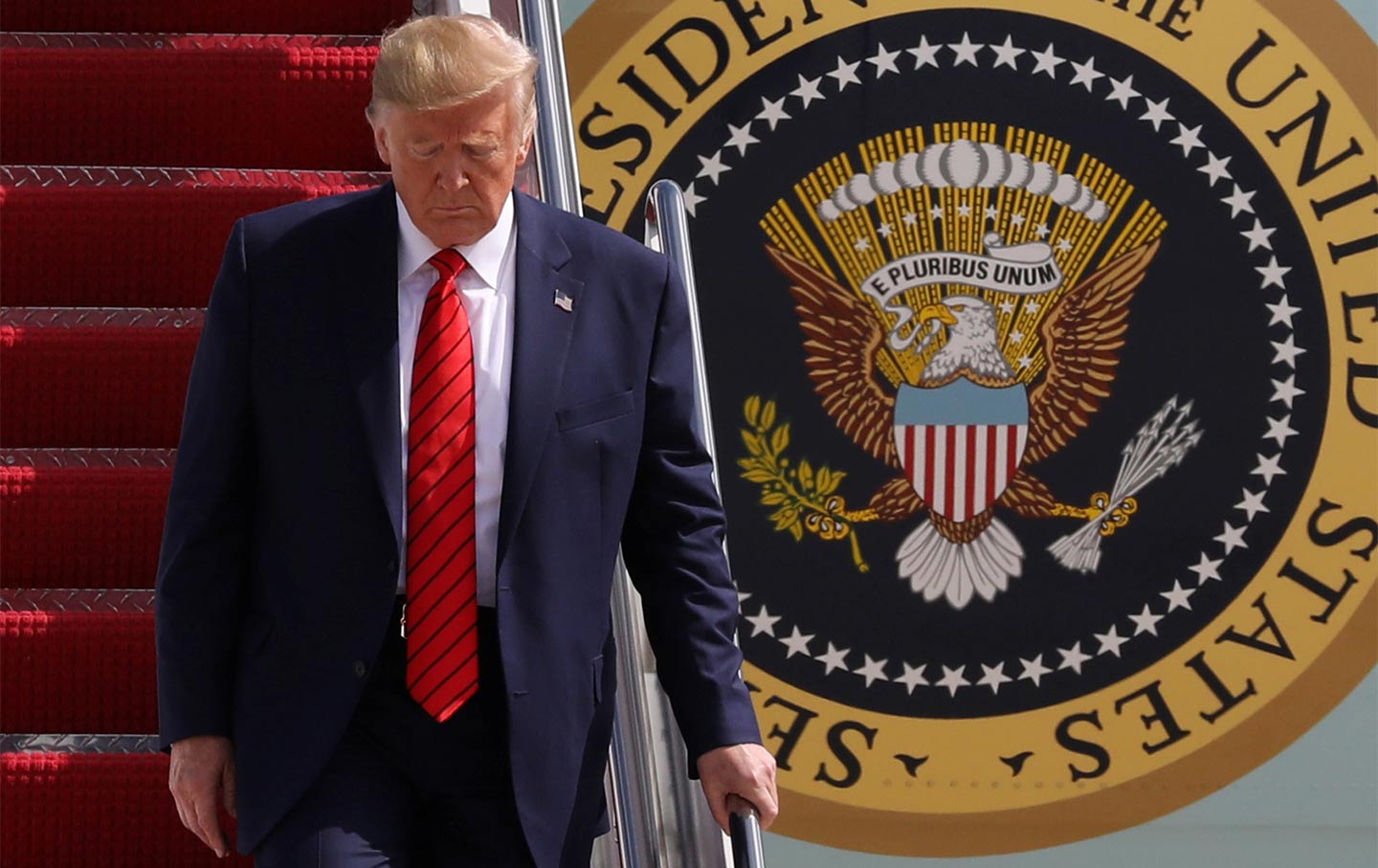 If you are in a betting mood, bet that Donald Trump will be impeached. And then bet that, one way or another, impeachment will spell the end of his presidency.

This is not wishful thinking for Democrats who have never liked Trump. This is practical politics, rooted in precedents from past impeachments and in an understanding of the dire circumstance in which Trump and his defenders now find themselves. Impeachment is, at this point, a moral and constitutional duty. But it comes with a political equation, and that equation does not add up to good news for our embattled president.

Trump knows this. That does not mean, however, that he will fold easily, or quickly. At present, the country is evenly divided on the question of whether an impeachment inquiry is wise, or even necessary. A desperate Trump will do everything in his power to exploit this division. He’ll seek to defame the whistle-blower who has revealed evidence that the president used taxpayer dollars to strong-arm a foreign leader into taking actions that would benefit his reelection bid. He’ll cry “witch hunt.”

But as Michigan Representative Justin Amash, one of the few genuine constitutional conservatives in the House, says, “Don’t let President Trump or Republican officials distract you with a straw man. It’s about his continuing abuse of the office of the presidency.” The abuse is blatant, as Congressional Progressive Caucus co-chair Mark Pocan of Wisconsin well notes: “The president in this case not only broke the law by asking a foreign government to manufacture evidence against a political opponent, he’s also openly admitted it, which puts us in a very different territory.”

As that reality sinks in, for Congress and for the American people, Trump will not just face the impeachment inquiry that House Speaker Nancy Pelosi announced on Tuesday. He will face the very real prospect that before the end of the year the House will approve articles of impeachment. How real? In a ham-handed attempt to push back against the impeachment inquiry, which he assumed would expose divisions among Democrats, House minority leader Kevin “Tell Me One Thing in There That’s Impeachable” McCarthy sought and got a Wednesday vote on a resolution declaring that “the House disapproves of the actions of the Speaker of the House, Mrs. Pelosi of CA, to initiate an impeachment inquiry against the duly elected President of the United States, Donald J. Trump.”

McCarthy’s scheme crashed and burned. The resolution was tabled on a 232-194 vote that saw the Democratic majority and Amash, who was elected as a Republican but now sits as an independent, unite in defense of the inquiry. A second attempt by McCarthy failed just as miserably on Friday.

There are no absolute guarantees that Democrats will remain so united as the inquiry moves forward on what is now expected to be an accelerated, sharply focused timeline. But Pelosi would not have started this process by declaring that “the president’s betrayal of his oath of office, betrayal of our national security, and betrayal of the integrity of our elections” if she intended to produce a wrist-slap report and go on to other business.

There are risks that go with any effort to upend a presidency. But Pelosi is not that big a risk-taker. Support for impeachment (as measured by the Hill-HarrisX poll) jumped by 12 points immediately after the speaker announced the inquiry, with a plurality now favoring the inquiry. By the weekend, a CBS News poll found that 55 percent of Americans approved of the impeachment inquiry–87 percent of Democrats were on board, along with 49 percent of independents and a striking 23 percent of Trump’s fellow Republican.

So long as Pelosi and her caucus focus on making impeachment about corruption and cover-ups, there is every reason to believe support for this accountability project will grow.

The Republican Party Is Going Down With Trump

The US Constitution rests the awesome power of impeachment in the US House of Representatives. While no impeached president has ever been removed from office by the Senate, House votes to impeach, and even the threats of such votes, have a record of transforming American politics. Presidents who have been impeached—or who simply have been faced with the prospect of impeachment—have resigned and have decided against seeking reelection.

So what the House does matters. It is the essential step in holding a president to account. Richard Nixon knew that. He quit the position he had pursued for decades rather than let the House impeach him. Trump is neither so historically informed nor so sly as Nixon. The 45th president will, in all likelihood, fight this process from start to finish.

How hard will he have to fight for a “vindication” by the Senate? That depends, to some extent, on how compelling the case made by the House turns out to be. There are those who imagine that a revolt of reason and responsibility, led by Utah Senator Mitt Romney, the party’s 2012 presidential nominee, might bring a number of scared Republicans across the line. Perhaps a bipartisan majority of senators could vote to convict Trump on one, two or three articles of impeachment. But on the chance that most Republicans stick with the president they have defended up to this point, there will be no two-thirds supermajority for his removal. Trump will remain in the Oval Office and, if Trump remains true to form, he will become the first impeached president ever to seek reelection.

That’s where the political equation comes in. Pelosi did not want to launch an impeachment inquiry. Nor did a number of other House Democrats who feared there might be political consequences for checking and balancing a lawless president. But the consequences need not be damaging to Democratic prospects. Indeed, they could, and should, be damaging to those who undermine the process and seek to avoid a scorchingly necessary reckoning.

What should now be beyond debate is that impeachment is the reality that will define the 2020 elections for the presidency, for Congress and for other positions. (Which explains why Vermont’s Republican governor, Phil Scott, who will very probably be seeking reelection next year in a state where Trump will very probably lose, has endorsed the inquiry.)

Democrats can and will talk about health care, education, and inequality—and they will be heard on these issues—but the essential issue of this country’s first impeachment election will be whether Trump and those who defend him should retain power.

Trump will keep crying “witch hunt” and pleading for Americans to punish those who refused to take a Paul Ryan bow of respect for his royal posturing. But what will Democrats say?

If they are smart, they will begin to forge the answer to that question now. They will make no apologies for seeking to impeach Trump. They will keep focused on the fact that this is a corruption case, that the president got caught, and that, remarkably, congressional Republicans are determined to sink themselves with a man who, in Pocan’s words, has made his disregard for democracy “crystal clear by his own admission.”

If the 2020 choice is between Democrats who say they need to win in order to finally put an end to Trump’s abuses and to finish the miserable tenures of those senators who aid and abet his abuses, impeachment will not be a “third-rail” issue for the party. Democrats need to have the confidence of Representative Alexandria Ocasio-Cortez when she says that “the ground has shifted,” and that Democrats have the “ability to organize the public, to educate the public, to talk to the public” about the necessity of impeachment.

If they begin to do this now, and if they stay on message through 2020, impeachment will be a winning issue for their party, and for the republic.