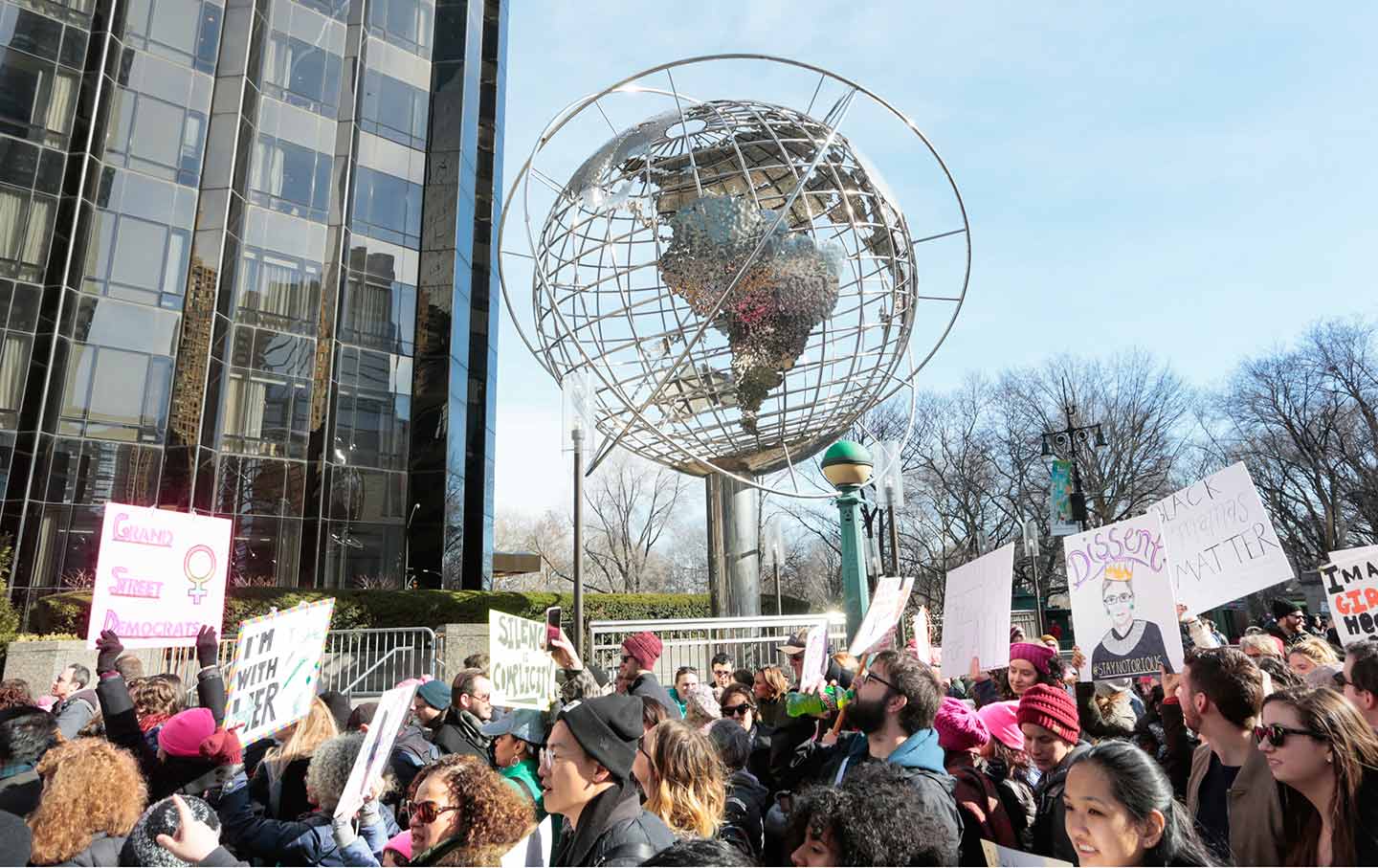 Hundreds gather in front of the Unisphere at Trump Tower in Columbus Circle, an ode to Donald Trump's home borough of Queens, to join the Women's March on January 20, 2018. (Photo by Erin Lefevre / SIPA USA)

One reason the Donald is so insecure—
One reason he brags and he preens—
Is swells in Manhattan told him, in effect,
“Go back where you came from—that’s Queens.”

They wouldn’t accept him, called him a clown
Whose principal talent was gall.
Surprised that he now says to others, “Go back”?
It’s not that surprising at all.