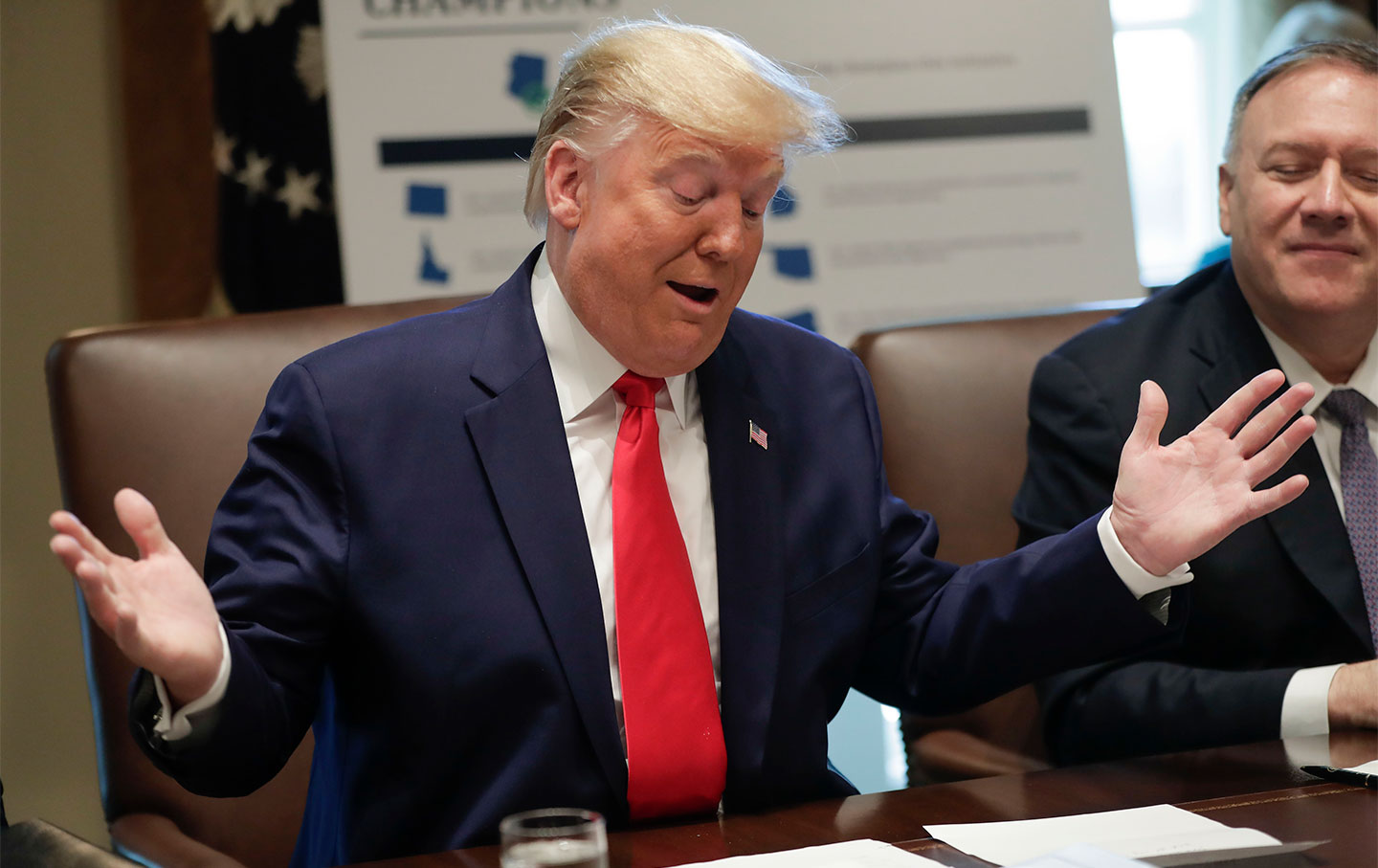 On the stump and in his tweets, President Trump isn’t simply all bluster and self-pity. He takes time to claim he has fulfilled his promises to the working-class voters who were essential to his 2016 election. But, as the incumbent, Trump has a record. The betrayal of this part of his base is apparent. And the noise of his tweets, serial outrages, and stump-posturing no longer can distract from this reality.

By the president’s accounting, his accomplishments are legion. He boasts about his tax cuts—the “biggest in history.” He preens about his judges—“a historic transformation of the judiciary”—chosen to cater to the anti-choice passions of evangelical Christians. He brags about slashing regulations. He says his wall is being built. He promises once more to trash Obamacare and provide a much better alternative. He claims to still be avoiding endless wars. He champions his trade deals and his tariffs. And, of course, he takes—and gets—credit for the growing economy with low top-line unemployment.

The truth is different. Deaths from alcohol, drugs, and suicide—deaths of despair—hit a new high in 2017. His assaults on Obamacare have left 2 million more Americans without health coverage, while he’s never come close to presenting a comprehensive alternative that would, in fact, meet his promise to provide “insurance for everybody.”