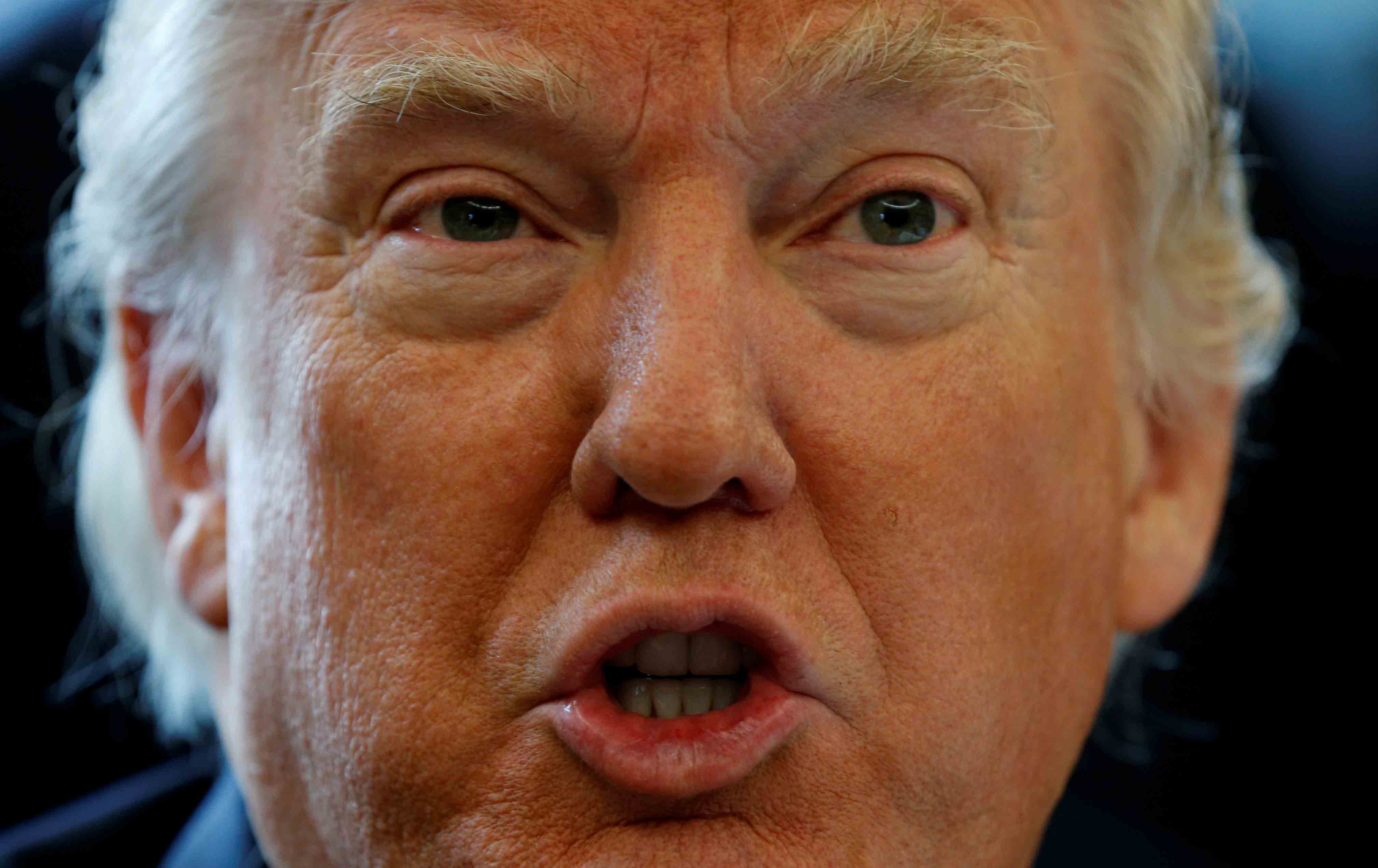 Each day of his young administration, Donald Trump has signed executive orders and memorandums, which appear to be his favorite form of governance—unilateral and quick. With the stroke of a pen, he has created leeway for executive agencies to delay or reverse Obamacare rules, withdrew from the Trans-Pacific Partnership, restored and expanded the so-called “Global Gag Rule” on reproductive choice, froze government hiring, restarted the Keystone and Dakota Access pipelines, signaled the removal of regulatory restrictions for infrastructure projects, and on Wednesday he will set in motion construction of a wall along the southern border and restrictions on entry for refugees from certain Muslim countries.

This gives the impression of rapid momentum to the Trump presidency, even if many of the orders merely open reviews or transfer limited funds. But there’s one executive order that would have immediate force which Trump has yet to sign, and one that he promised for day one of his presidency: his signature initiative to drain the swamp in Washington.

On November 21, two weeks after the election, Trump promised—on tape—that on day one, he would impose a five-year ban on executive-branch officials becoming lobbyists after leaving his administration, and a lifetime ban on lobbying for a foreign government. Trump officials also made this pledge on conference calls during the transition. Yet, six days into the presidency, this lobbyist ban has yet to materialize.

Former president Obama found time on day one of his first term to issue his own executive order restricting his appointees from working on similar subject matter in government as they did in the private sector, and from refraining from lobbying their former agencies for two years. That executive order is no longer available on the White House website.

As the Public Interest Research Group points out, this proposed action built on a five-point plan Trump made during the campaign, which would have also extended the lobbying ban to Congress, prevented foreign lobbyists from raising money in US elections, and expanded the definition of lobbyist, closing the loopholes that would make any order relatively toothless. Often people who by any sane definition are lobbyists label themselves consultants or advisers and spend less than 20 percent of their time on behalf of an individual client, falling under the threshold of having to register as a lobbyist.

But—before we even get around to the loopholes—Trump has neglected to issue the order on his initial strategy. Amid a team of advisers with various ties to financial, petroleum, and business interests, and a transition team stocked with K Street veterans, there is nothing in place to stop them from rewarding their former colleagues while in office, or to go back to work for those industries and influence Washington after they give up their government jobs.

Indeed, despite a much-discussed “purge” of lobbyists from the transition team, they found a way to remain deeply involved in the decision-making process, including contributing money and recommending candidates for positions throughout the government. While not allowed in the Washington headquarters of the transition, lobbyists could and did meet outside the building frequently. And as long as lobbyists suspended work with their clients temporarily, they could stay on the transition team. Former associates to Trump’s campaign like Corey Lewandowski have already opened influence-peddling shops. This wink and a nod has continued after Inauguration Day, with the signature promised ethics reform nowhere to be found.

Paul Ryan has already rejected a proposal to mirror Trump’s as-yet-unsigned reform in Congress by extending the lobbying ban for congressional officials to five years, calling it “dangerous.” In the absence of an executive order, we can conclude that Trump agrees.

On the Senate floor yesterday, Chuck Schumer identified the lobbying ban as among several day-one promises Trump has failed to honor. “On Day One, did President Trump fulfill his pledge to bring ethics reform to Washington? Nope,” Schumer said. “In fact, looking at his Swamp Cabinet—stacked with billionaires and bankers with myriad conflicts-of-interest—he may have already lowered the ethical standards in our government.”

Lobbying firms, meanwhile, expect a banner 2017, as Congress returns to work on their interests.