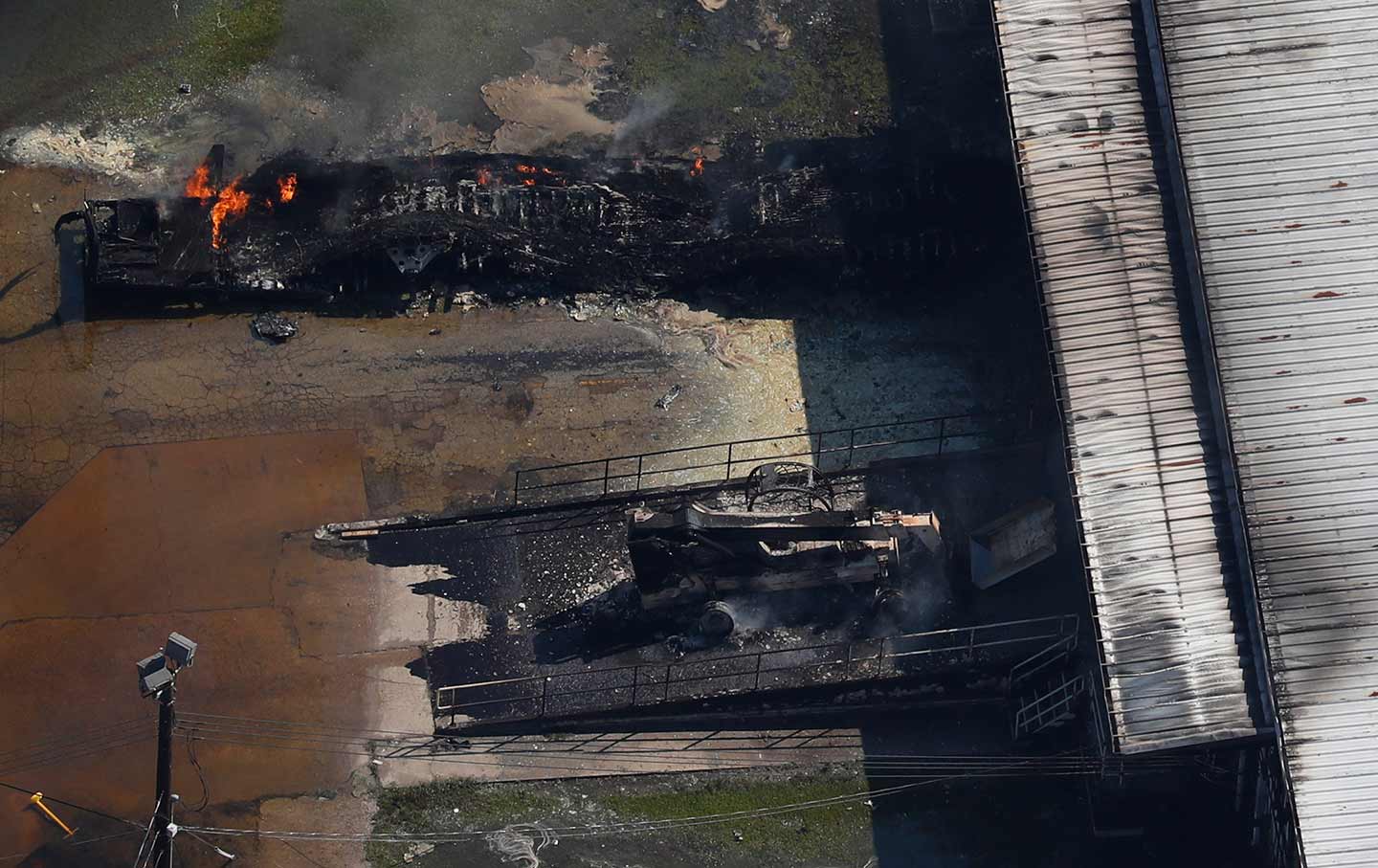 As floodwaters from Hurricane Harvey spread through Texas, a critical accident occurred at the Arkema chemical facility near Houston. Based on initial reports, the facility lost power when over 40 inches of rain flooded the premises—which knocked out not only the primary power supply but also the backup generators. The highly flammable organic peroxides stored at the Arkema facility must be cooled or they become unstable, and without power for the cooling systems there was an explosion and a fire. A 1.5 mile radius around the plant had to be evacuated.

There is one—and only one—agency in the federal government charged with performing comprehensive, root-cause analyses of accidents at fixed-facility chemical plants like Arkema’s Houston facility: the US Chemical Safety Board. Vanessa Sutherland, the chairperson of the CSB Board, told The Nation the agency has already requested documents from Arkema about the facility and the chemicals stored there, and CSB investigators will soon visit the site.

But in President Donald Trump’s budget proposal, the CSB was completely defunded. If Congress acts on that request, we might never see the results of the Arkema investigation, nor many of the other studies CSB is conducting. Even budget cuts might hamper those investigations.

The CSB was created by amendments to the Clean Air Act in 1990, and was modeled after the National Transportation Safety Board, which sends in engineers and experts every time there’s a plane crash or other major transportation disaster. Like the NTSB, the CSB is not a regulatory agency. It can’t punish companies or bad actors; it just puts out comprehensive reports about the accidents it investigates and explores root causes and ways to prevent them in the future.

This mandate goes beyond other what other federal agencies will do at Arkema and other chemical-accident sites. The Environmental Protection Agency and the Occupational Health and Safety Administration are simply looking for violations of existing law or regulations. The CSB is basically taking an academic approach to finding out what happened, and sharing those results with the public.

It’s a role nobody else in the government (nor the private sector) plays, and this approach is particularly crucial in black-swan events like Arkema: There are really no regulations for what happens when 24.5 trillion gallons of water are dumped on an area with chemical plants.

“This is exactly our bailiwick. The Arkema fire and explosions are exactly what we do,” said Sutherland. “We interview workers, we collect evidence, we review the law, and we take a very broad approach to understanding the incidents leading up to a catastrophe, as well as the systemic challenges that contributed to an accident.”

The Trump budget proposed eliminating the CSB outright, and justified it by saying, “The U.S. Chemical Safety and Hazard Investigation Board (CSB) is proposed for elimination consistent with the Administration’s efforts to close programs that are largely duplicative of other Agency efforts.” But that isn’t true—the work is not performed elsewhere. (In fact, it’s statutorily assigned to the CSB, and if Congress doesn’t repeal the 1990 Clean Air Act amendments that created the agency and its prerogatives, but simply defunded it, no other part of the federal government could perform those tasks.)

Trump’s budget request perplexed some Senate overseers and the labor unions that protect chemical plant workers, as we reported in March, since the chemical industry has not publicly been agitating for CSB’s elimination nor applying any lobbyist pressure to get rid of it.

Moreover, the CSB’s annual budget is just under $11 million, or about what a good-but-not-great NFL wide receiver earns, and a minuscule fraction of the federal budget.