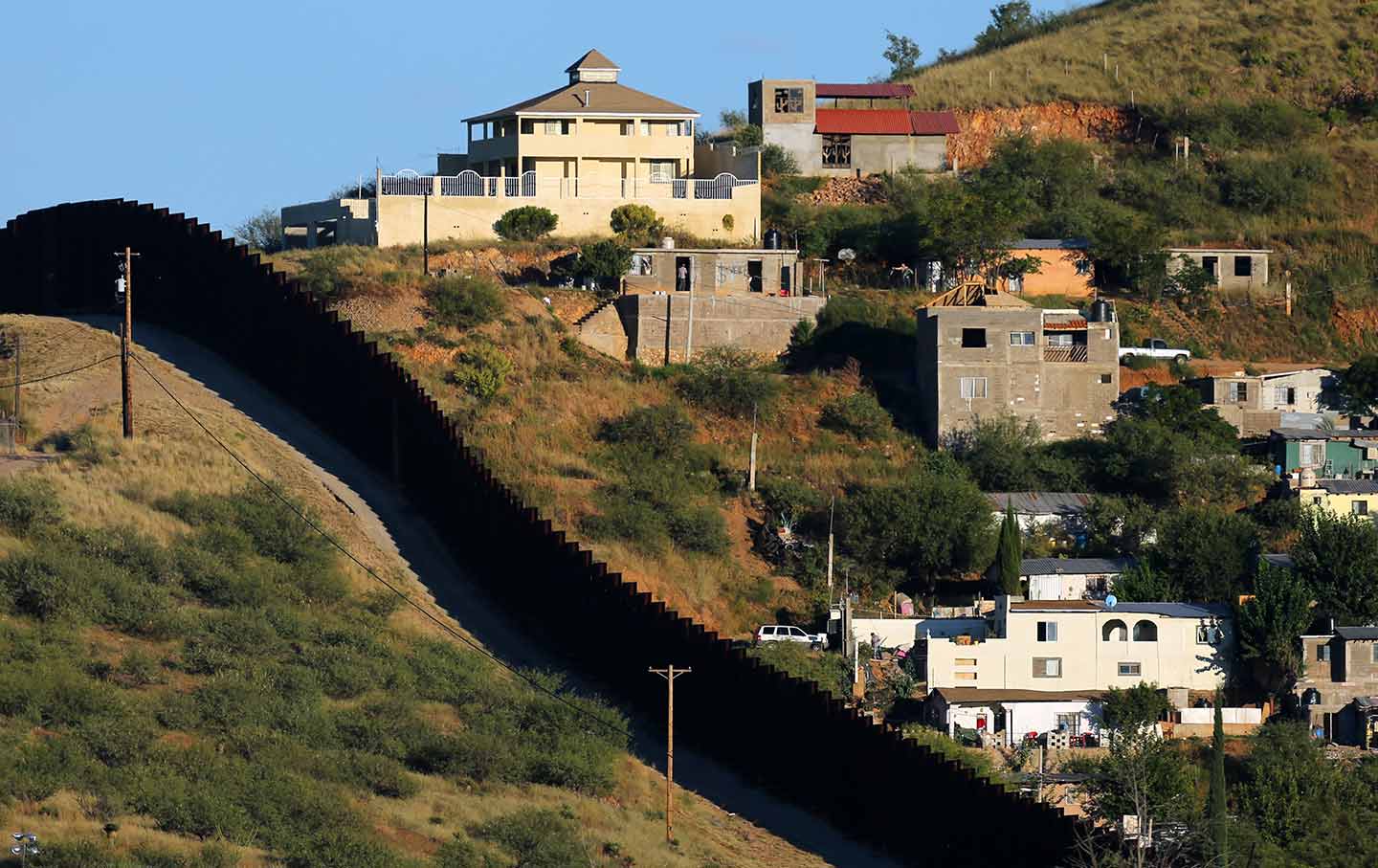 Buildings in Nogales, Mexico, are separated by a border fence from Nogales, Arizona. (Reuters / Mike Blake)

This article, the winner of the 2017  high-school tier of the Nation Student Writing Contest, was written prior to Donald Trump’s election as President. It addressed the question, “What is the most important issue of your generation?” and argued for the critical importance of open borders.

The shade of El Comodor—a ramshackle aid shelter set up by Kino Border Initiative—provided barely enough respite from the blazing sun in Nogales-Sonora, Mexico. A group of ten high school students from Portland, Oregon, including myself, were concluding our last meal at the shelter after five intense days immersing ourselves in the lives of migrants passing through.

The simple meals had been finished, the tortillas devoured by hungry mouths, and I was washing the colorful plastic dishes while making my best attempt at utilizing the two years of Spanish I had under my belt. The man to whom I was talking, a friendly thirty-something from Central Mexico, patiently smiled while I slowly relayed my basic greeting and asked about his family, where he was from, and where he was going. He told me—in better English than my Spanish—about the grueling past six months of separation from his children, who were in Oregon with their mother. He had already tried to cross through the desert five times but was caught by border patrol or deported each time. I sensed immense sorrow as he told me how his oldest daughter would start high school that year and how he wanted desperately to be there for her, to provide some sense of security for their family. When he told me that the next day he was planning to attempt another border crossing, my heart dropped. I remembered the hour my classmates and I spent on a trail in the middle of nowhere, and wondered how he would weather multiple days in that unforgiving wilderness. Holding back tears, I told him I would never forget him.

Three weeks later, I am holding my breath as Donald Trump incites the crowd at the 2016 Republican National Convention with a brutal promise: “Illegal border crossings will go down. We will stop it. It will not be happening very much anymore. Believe me.” But what gives this man, who did nothing to deserve his privileged upbringing in the United States, the power to determine the fate of countless migrants? Not only does he completely disregard their humanity; he spreads mass fear that those coming into the United States are “drug-dealers and rapists.” But what actually separates people of different nations? Citizens born into the United States and those wishing to immigrate here all have the same goals. In fact, according to the US Treasury Department, “Immigrants are an important part of our international competitiveness,” and are more likely to start businesses than non-immigrants. If this is the case, why is Donald Trump so focused on pushing these people away rather than integrating them into society? The facts lead us to one sickening answer: racism.

However, along with US-born human rights advocates, numerous migrants reject this trend of violent xenophobia using activism within their own communities. Popping up in migrant communities around the world, outspoken grassroots organizations call for just immigration policies and humane treatment of migrants. In one case, the Immigration Movement International released the International Migrant Manifesto, rejecting the hate and asserting their utility in modern society: “We know that international connectivity is the reality that migrants have helped create, it is the place where we all reside. We understand that the quality of life of a person in a country is contingent on migrants’ work. We identify as part of the engine of change.”

While electing Hillary Clinton would advance national efforts towards migrant justice, if we truly wish to effectively redefine immigration in the US, we must look beyond the limitations of the four-year electoral cycle. As our world population continues to fluctuate, and our economies rely more heavily on global trade, national borders are less necessary than arbitrary. Not only could open borders decrease the numbers of human rights violations due to nationalism and xenophobia, but it could abolish the need for corrupt trade agreements and the inhumane treatment of undocumented workers in the United States.

Again, a policy shift of this magnitude cannot be carried out by our political system alone. Lasting change will come from allowing migrants to advocate for themselves. Supporting grassroots organizations, and spreading awareness of the plight of migrants is the first step in giving them a voice. I truly believe that we, as a country, can conceive a system in which the man I met in Nogales could freely enter the United States, in order to safely reunite with his family. Until then, we must support migrant unity, and allow their voices to be heard above the noise of the election. Most importantly, we must remember the immeasurable worth of all human beings, no matter where they reside, and treat each person with the dignity they deserve.